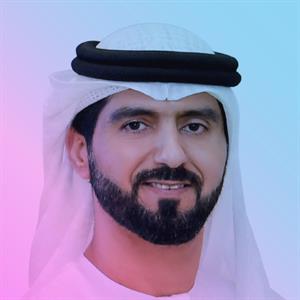 “Not taking things for granted and keeping an eye out for the next curveball, we will make sure innovative thinking is our insurance against the next crisis."

Strategically-focused and creatively-driven, Khaled AlShehhi has transformed the way the UAE government communicates by producing original, innovative and creative content that has reached millions, locally and globally. In his role within the media office, he’s reshaping and humanising communications between government and people, and strengthening the UAE’s reputation as an incubator for pioneering developmental, humanitarian, cultural and knowledge projects.

He spent ten years at Emirates telecoms group Etisalat before a stint as digital marketing director for the World Government Summit in Dubai. He joined the Ministry of Cabinet Affairs as director of digital comms at the Public Diplomacy Office, and was promoted to his current role in 2021. He also sits on the board of the Middle East Public Relations Association and is a MENA regional board member of the PRCA. This year, he scooped the World Media Award for Content Leadership and Innovation, adding to his accolades which also include PRCA digital professional of the year, and Campaign Middle East marketing game changer.  How do you define innovation?
A fresh pair of eyes on a problem, unencumbered by legacy, rules or self-doubt, a solution that transcends what was done before and breaks new ground with bravery and ambition.

What is the most innovative PR or marketing initiative you've seen over the past 12 months?
Internationally, I’d say Vice Media’s Unfiltered History Tour, which offered a new perspective on the artefacts housed by the British Museum in London, narrated by people from the countries they were taken from. It’s a Grand Prix winner at the Cannes Lions and Spikes Asia. To grow its cross-platform audience of international young viewers, the newly formed VICE World News needed to cut through a crowded media environment with its editorial mission and under-reported issues like colonialism. The Unfiltered History Tour is a secret, guerilla tour of the British Museum’s stolen artefacts via Augmented Reality. When visitors used their smartphones to scan the museum’s stolen artefacts, they heard the true stories of how they were stolen, along with visual depictions of scenes of crime, to form a contextual, unfiltered overlay over 10 selected artefacts. The Unfiltered History Tour website provides immersive audio-video experiences and extended podcasts as well. The operation led to a sharp U-turn in public opinion about the future of these artefacts. Regionally, I’d pick AnNahar’s Election Edition. When the Lebanese government announced there was a shortage of ink and paper to print election ballots – meaning less people would be able to vote – the AnNahar newspaper ceased publication for a day and donated the paper and ink from its unprinted edition to produce ballot papers. On 02/02/2022 AnNahar did not print its edition for the first time in its 88-year history. As it was a shortage of paper and ink the government blamed for its inability to print ballot papers and allow people to vote in crucial elections in May, the newspaper stepped in to protect democracy. AnNahar would not be in newsstands for one day and only appear online. As well as helping produce the necessary ballot papers, the bold move sparked conversations and generated significant site traffic.

In your opinion, which brands and/or agencies are most innovative in their approach to PR and marketing?
Nike knows that to be on every pair of feet, they first need to be on every lips. To be talked about and therefore top of mind, they embrace the social discourse and don’t shy away from controversy. They’re very active on social media and with celebrities and influencers. However, unlike their competitors, they let them shine, as well as the causes they support, rather than the products. Even in their brand or product comms, they lead with the benefits rather than the gear. They’re almost as famous for diversity and inclusion as they are for their goods. Nike grew by providing real value to its audience beyond its products. Using knowledge and content catered specifically to the evolving needs of its audience, Nike created and rallied a community of fans. Providing customers value, like inspiration and motivation, no matter the medium, is how Nike remains fashionable and desirable.

Describe a moment in your career that you would consider to be innovative.
The UAE’s Mission to Mars, coinciding with the country’s Golden Jubilee, was a defining moment. We wanted to excite and associate the nation with the Hope probe’s launch, journey and Mars Orbit Insertion, when it was happening millions of kilometers away from Earth. It was a massive feat for such a young country and this was a proud moment we wanted people to share. The program we built around it was amazing but my favorite element, the most technical and effective, was the Double Moon operation. We brought the spectacle that Hope would ‘see’ upon its arrival to Mars, the two moons Phobos and Deimos, on Earth with a first-of-its-kind projection on February 9, 2021. The two celestial objects were secretly projected above Dubai using a new sky mapping projection technology, which required two giant 70-meter cranes and a unique 40-meter holo screen to make the two moons appear realistically in the sky and incredibly visible from long distances. The ground-breaking teaser/reveal operation proved complex but successful, with social media ensuring its virality and media playing its part to generate reach and excitement. The Double Moon has also been a multiple award- winner in festivals around the world. This proved that if you aim higher and reach for the stars, you ultimately achieve greater things. For me, it showed that not even the sky is the limit.

Who do you admire for his/her approach to innovation?
An obvious answer would be Steve Jobs, whose legacy perdures at Apple, some may be tempted to add Elon Musk. While I would include Google and its X moonshot factory, I would actually start with H.H. Sheikh Mohammed bin Rashid Al Maktoum, whose transformative vision for Dubai is inspiring the world. With both the ambition and resources to make innovation happen, Dubai is clearly where the future is written.

How do you get out of a creativity rut?
It’s about embracing new perspectives. I have found that judging awards exposes me, and indirectly my team, to solutions for other sectors or problems than our own. It contributes to the conception of fresh approaches, like thinking how another brand in a different sector would deal with our challenges.

What advice would you give to the PR industry around embracing innovation?
Traditions and best practice have their place and value, but they tend to lock us in a wash/repeat cycle, with spin at the end 😊. Audience behaviors and preferences constantly evolve so PR must not only stay on trends but also test and learn, with content and formats, both in terms of strategies and execution. An important element here is measurement, an area where we still need to progress further.

What would you be doing if you weren't doing your current job?
I started in tech, IT and telecoms before turning to marketing and communications, but the other path at the beginning could have been economist. It’s a fascinating career that would have satisfied my curiosity about the world, understanding how it works and helping shape our destiny. Embracing fresh perspectives and solving tough challenges to create a fairer and more sustainable future would certainly have been a compelling choice of role. I decided to serve my country another way.

Which book/movie/TV show/podcast/playlist/other cultural source has provided inspiration over the past year?
To be fair, there isn’t much time in my life for a lot of media consumption or general downtime. That doesn’t mean there isn’t inspiration. I get it from the people I meet and surround myself with, the awards I judge and the places I visit. I subscribe to a few newsletters. Inspiration is all around us, it’s about looking and listening always, even in the least expected places.

How would you like to see work culture, and the role of the office, evolve?
The lockdowns that followed the global spread of Covid-19 has accelerated a trend that was already disrupting the world of work. The Fourth Industrial Revolution had begun to alter jobs and company structures. With collaborative methods and technologies, the typical organization of teams, processes, policies and culture is bound to continue changing. I wouldn’t be surprised if offices were to move to the metaverse ‘en masse’, giving people a virtual space with no physical limits to collaborate and innovate freely.

How can the PR and communications industry harness innovation to make more progress on diversity, equity and inclusion?
Diversity and equity are typically the low hanging fruits. With solid HR policies and processes, you can attract, train and retain a diverse team of talented individuals. The trick is for the whole to work and this is where we need innovation to move the needle on inclusion. Giving everyone a seat at the table where they make the difference in all decisions, big and small, using all their competencies to shine for the greater good, this is where it gets hard as human biases come in the way. Innovation here is in using blindness as a strength and democratic principles as a method. 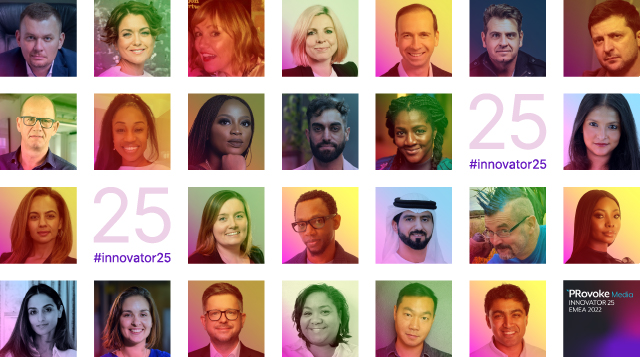 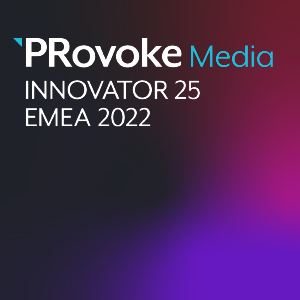