Please refer to our Privacy Policy for important information on the use of cookies. By continuing to use this website, you agree to this.
Home Research Business Breaks With Trump Administration On Climate Change 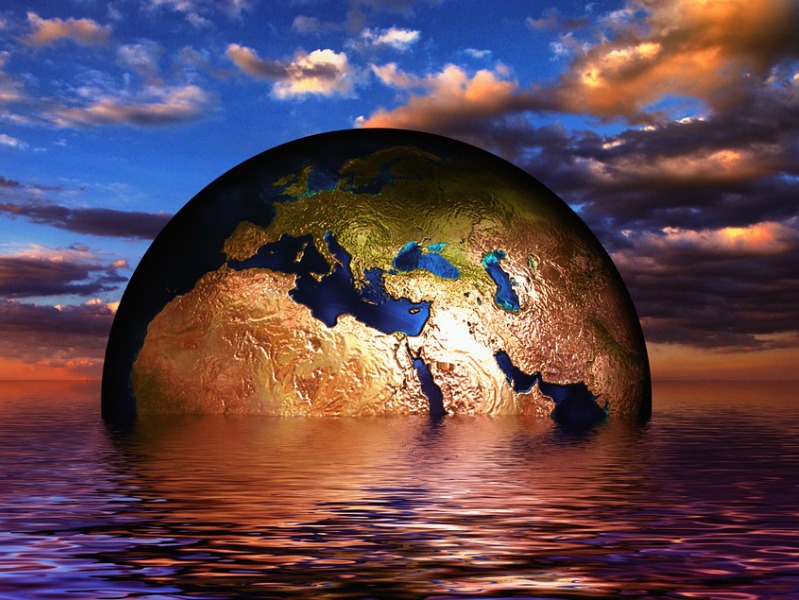 Corporate leaders are speaking out on Trump's withdrawal from the Paris climate agreement, as new research shows Americans are comfortable with corporate activism.

President Donald Trump’s decision last week to withdraw from the Paris climate accord, an agreement supported by 195 nations and—until last week—opposed by only Syria and Nicaragua, has prompted the most visible rift to date between the new administration in Washington, DC, and leaders of corporate America.

While many companies have voiced their opposition to Trump’s immigration policies, the number of CEOs speaking out on the climate change issue and their willingness to express disagreement and disappointment with the White House suggest that this issue is one that corporations feel particularly strongly about.

And the rift between business leaders and the Trump administration comes at a time when new research suggests that Americans recognize that selective corporate opposition to the president is legitimate if based on principle rather than politics.

“When it comes to companies navigating the new administration, it is not so black and white,” say Tanya Meck and Julie Hootkin, co-leads of the corporate impact practice at Global Strategy Group, the New York public affairs firm that just published its latest Business and Politics Study. “Companies have a broad array of issues that affect their employees, their consumers, and their bottom line, and their positions on those issues may sometimes be at odds with the administration, but not always. Overall, Americans understand this nuance.”

In fact, those companies that “sometimes support” and “sometimes oppose” Trump administration policies are viewed as being “fair” and “responsible” by Democrats and Republicans alike. That should be good news for those corporate leaders who took a very visible stand against the president’s decision to withdraw from the Paris agreement.

Elon Musk, the high-profile chief executive of electric vehicle pioneer Tesla, and Robert Iger, CEO of Disney, both announced that they would be withdrawing from the president’s business advisory council as a result of the decision. Other CEOs ranging from Jeffrey Immelt of GE (“Climate change is real. Industry must now lead and not depend on government.”) to Tim Cook of Apple (“wrong for our planet”) tweeted their disagreement with the decision.

Lloyd Blankfein, CEO of Goldman Sachs—the company that has supplied many senior members of the Trump administration—took to Twitter for the first time ever to express his disappointment with the decision: “Today's decision is a setback for the environment and for the U.S.'s leadership position in the world.”

Even giant oil company ExxonMobil had written to the president, urging him to keep America in the Paris agreement. And in an unprecedented move Wednesday, the company’s shareholders voted in favor of a non-binding proposal urging the company to truly back the Paris agreement by assessing how new green technology and climate change regulations could affect business through 2040 and beyond.

In some cases, corporate concern regarding climate change may be based on principle—CEOs may be just as concerned about their children’s future as the rest of mankind—but it also based on pragmatism.

In 2007, the United Nations Intergovernmental Panel on Climate Change published a report authored by thousands of international scientists and presenting overwhelming evidence that carbon emissions from human activity were increasing global temperatures.

Some companies that rely heavily on agriculture, for example, were starting to see the direct impact of climate change on crops (and therefore crop prices. “It ratcheted up the certainty of this being the issue, and we saw it as a real risk for our business,” said Kevin Rabinovitch, global sustainability director for confectionary company Mars.

Others simply see the economic benefits of shifting to increasingly affordable clean energy sources. “The irony of all the president’s posturing is that on the economics of this issue, the train has already left the station,” Brian Deese, a former senior advisor to President Obama and current senior fellow at Harvard’s Kennedy School told Wired.

And others are concerned that withdrawing from the agreement will make it more difficult for American companies to compete internationally. An ad calling on the president to stay in the climate deal—paid for by 25 major multinationals—argued that “as other countries invest in advanced technologies and move forward with the Paris Agreement, we believe the United States can best exercise global leadership and advance U.S. interests by remaining a full partner in this vital global effort.

"US companies are well positioned to lead in these [overseas] markets. Withdrawing from the agreement will limit our access to them and could expose us to retaliatory measures."

And finally, consumer-facing companies in particular are concerned about the public relations damage that can be inflicted by perceived environmental neglect—or excited by the opportunity of positioning a company as an environmental leader.

In 2016, the Yale Program on Climate Change Communication found that 70% of Americans believe global warming is happening, and 53% believe it is caused mostly by human activities. (Although the fact that only 49% say “most scientists believe global warming is happening” suggests that the disinformation campaign by climate skeptics has been quite effective.)

The study also found that 58% are worried about global warming, and 75% support regulating CO2 as a pollutant.

Kevin Moss, global director of the business center at the World Resources Institute, says he has seen companies taking an increasingly significant leadership on environmental issues. “Why did they do this? They did it because they saw the business risk of climate change and the opportunities of addressing it. And in order to address it in the most effective way possible for their businesses, they want predictability, consistency and an even playing field globally and nationally.

The corporate commitment will continue, he says, because “American businesses have an interest in seeing the United States lead that global movement, for two reasons: first, because lack of leadership will compromise the effectiveness of the battle against climate change, and second, because if the US government drops into the background and another country steps into that power vacuum, US businesses are sure to be disadvantaged.”

Facebook’s Mark Zuckerberg is one of those who pledged to continue to the company’s commitment to a greener future: “Withdrawing from the Paris climate agreement is bad for the environment, bad for the economy, and it puts our children's future at risk. For our part, we've committed that every new data center we build will be powered by 100% renewable energy.”

Similarly, IBM issued a statement promising that “whether the US participates in the Paris agreement or not, IBM will continue its decades-long work to reduce its own greenhouse gas emissions and will continue to help our clients do so as well.”

The company added: “Climate change is an international problem that requires an international solution, and we believe it is important for the world to reduce greenhouse gas emissions…. IBM believes that it is easier to lead outcomes by being at the table, as a participant in the agreement, rather than from outside it.”

And so the new research from GSG, which has been tracking Americans’ tolerance for (or expectation of) corporate involvement in broader social and political issues, comes at an interesting time.

“Americans are increasingly willing to accept corporations speaking out on a range of issues—even when they are controversial,” according to Meck and Hootkin. “And Americans’ appetite for corporate activism is growing and broadening.

“In many cases, it’s the motivation that matters. Why companies take the position they take can be just as important as the position itself. Americans are willing to accept corporate activities in support of consumers, in defense of employees, and even to benefit the bottom line.”

In the case of climate change, the bottom line, the broader good, and the public relations benefits are closely aligned. That makes it easier for corporations to take a stand that puts them at odds with the current administration.