Please refer to our Privacy Policy for important information on the use of cookies. By continuing to use this website, you agree to this.
Home Research GCR16: Media Landscape Changes But Metrics Remain The Same 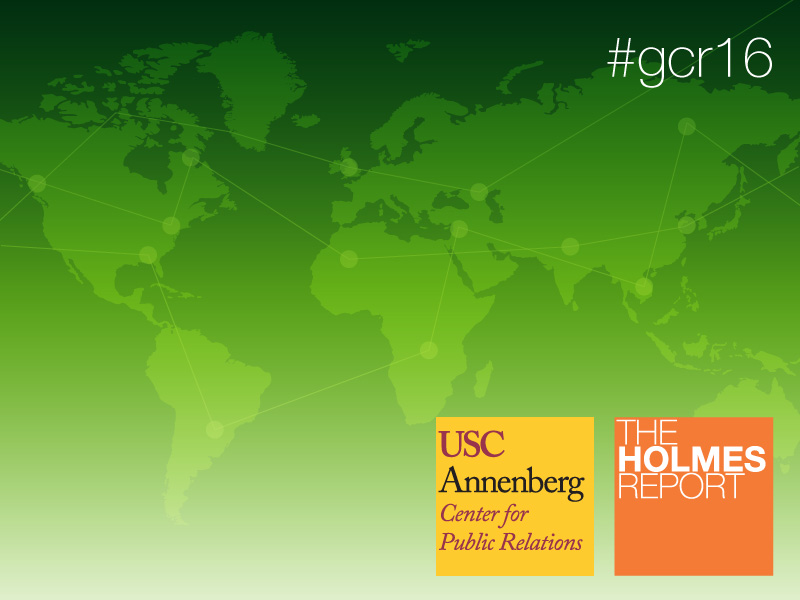 In-house communicators and PR agencies are now working across multiple channels, but remain challenged by an inability to develop new measurement models.

These are some of the latest findings from the Global Communications Report,  a comprehensive worldwide survey of more than 1,000 senior public relations executives, led by the USC Annenberg Center for Public Relations in conjunction with the Holmes Report. The study, which has already revealed the scale of disruption affecting the PR industry, and the need for new talent and skills, also unveils how media channels are being used and measured differently.

And in-house respondents expect the shift away from earned media to continue over the next five years. They project that by 2020, slightly more than a quarter of their media budget (26.6%) will be focused on earned channels, with 31.3% to owned media, 22.8% - the biggest increase - going to shared, and 17.3% being spent on paid media.

“Given that paid media are likely to remain the most expensive, this raises questions about whether corporate communicators are underestimating the importance—or the budgetary impact—of paid channels,” said Holmes Report CEO Paul Holmes.

In contrast, agencies report that more than 50% of their revenue is currently derived from earned media activities, followed by 20.5% from owned media, 17.2% from shared media and 9.3% from paid media. 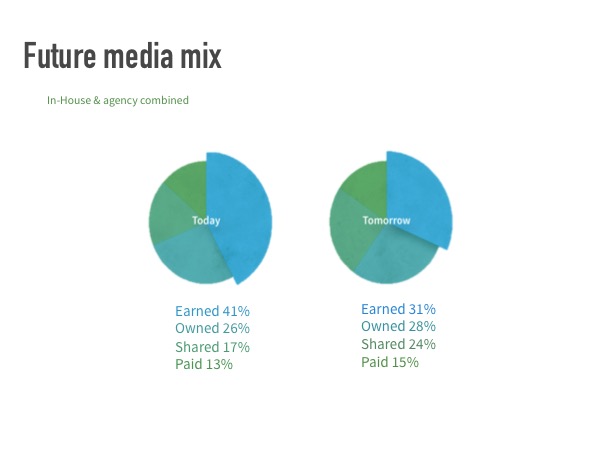 However, looking to 2020, agency leaders also expect to see their revenue streams shift away from earned, but it will still be the dominant revenue driver at 36%.  While all of the other categories will grow - owned to 24.6%, shared to 24.2% and paid to 12.9%.

In total, PR executives predict that by 2020, 63% of all media outlets will offer paid placement opportunities, which may be a low estimate. Ironically, only 8% rank media buying skills as an important staff skill for the future.

“We are seeing a significant across-the-board directional shift away from traditional media relations to owned, social and paid media,” said USC Centre for Public Relations director Fred Cook. “Given the changing revenue model for the majority of media outlets, it’s surprising that the projected investment in paid media isn’t higher. Paid may be a missed opportunity.”

There is some encouragement where measurement is concerned: PR executives do see improved measurement and evaluation as a growth opportunity. It ranked third on a list of 18 potential growth drivers among agency respondents, compared to seventh when clients were asked where they expected to see growth. 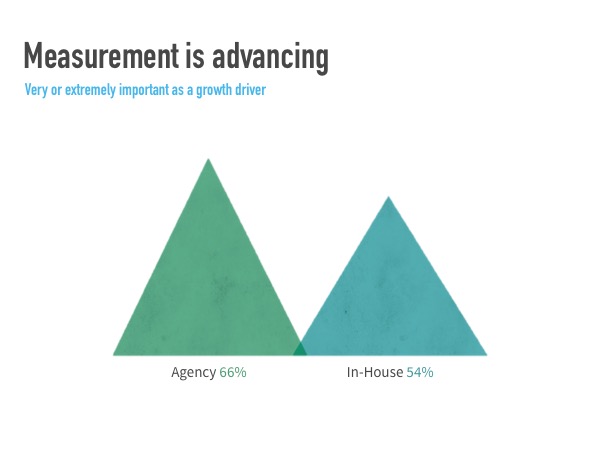 However, current measurement models are still alarmingly focused on measures of output—such as total reach or total impressions—rather than on business outcomes.

Agency and client-side respondents rated total reach as the most common form of measurement (68%), followed by impressions (65%) and content analysis (64%) with less emphasis on brand perception (47%) or attempts to measure return on investment (41%).

Surprisingly, 30% said they used advertising value equivalency—considered a discredited metric within the industry—most or all of the time.

Social media measurement is equally unsophisticated. The most common metric reported by agency and client-side respondents is a simple count of followers (78%), followed by reach (77%) and interactions such as likes or comments (76%). By comparison, relatively few are tracking sentiment (62%); social listening, such as real-time monitoring on conversations (47%); or changes in opinion or action (36%).

Corporate and agency leaders ranked “using a unified index based on business interests” the lowest on the list at 25%.

“Measurement remains the holy grail in the PR industry,” said Cook. “Everyone agrees that it’s a huge growth opportunity but few seem to have figured out an integrated approach to determining the real return on investment for communications.”