Please refer to our Privacy Policy for important information on the use of cookies. By continuing to use this website, you agree to this.
Home Research GCR18: Pace Of Change In PR Industry Accelerates 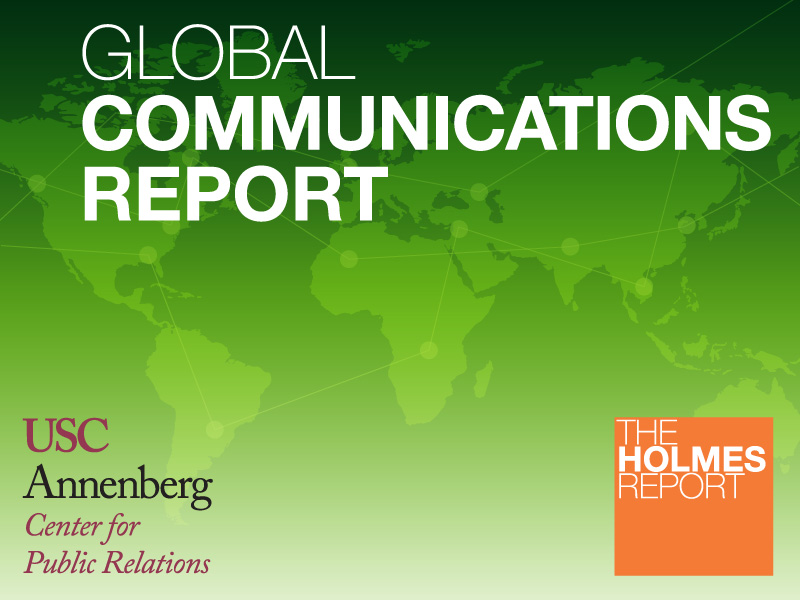 Global Communications Report finds 70% of PR professionals believe the industry will undergo considerable or drastic change over the next five years.

The communications industry is braced for transformation, with 70% of all PR professionals saying they believe it will change significantly over the next five years, according to the 2018 Global Communications Report.

The report, by USC’s Center for Public Relations at the USC Annenberg School for Communication and Journalism in partnership with the Holmes Report, is based on a survey of more than 1,000 PR leaders and students around the world.

While 66% of in-house professionals and 72% of those working in agency say they expect considerable or drastic change, only 36% of in-house professionals think their companies are prepared to adapt to that level of change, compared to 61% of agency executives who are confident their firms are ready for the future. Of the PR students surveyed, only around half (53%) say their classes have prepared them for how the industry will change.

The biggest drivers of change cited by PR professionals in the third Global Communications Report are the changing media landscape (87%) and new technology (82%), followed by greater access to data (77%) and the disruption of business models (65%).

Further down the list, demographics (45%), the political climate (45%), the global economic situation (41%) tightening PR budgets (45%) and competition from other disciplines such as advertising (44%) and a more diverse workforce (43%) are also seen as major drivers by some. Fewer respondents see a shortage of talent (31%) as a major driver of future change in PR, while government regulation rank last (23%).

To adapt to these changes, PR professionals around the world say the most critical skills required to ensure future success are strategic planning (89%) and leadership (84%). A high proportion also say they will need enhanced expertise in areas such as social media (83%), multimedia content development (79%) and data and analytics (78%).

A majority think they will need to continue to be strong in traditional skills such as writing (84%) and verbal communications (75%), as well as crisis management (77%). And a significant 68% say employee communications will be critical to their company’s future success.

Perhaps surprisingly, only 35% of PR professionals think that their organisations will need to be skilled in artificial intelligence to cope with future change, and even further down the list were software programming (24%), advertising (21%) and media buying (21%).

As a result of this merging of disciplines, the number of in-house communications teams reporting into the marketing function increased to 26% from 18% in 2017, while the percentage of agencies reporting into marketing increased 5% compared to last year.

And despite a tough 2017, agencies are optimistic, with 86% forecasting revenue growth this year. Half of those expect growth to be moderate, at less than 15%, but the remainder are expecting more robust growth for their consultancies. Only 50% of in-house communicators are expecting budget increases this year, with those predicting an average of 19% growth. And while a quarter expect budgets to stay the same, 26% expect their budgets to be tighter in 2018.