Please refer to our Privacy Policy for important information on the use of cookies. By continuing to use this website, you agree to this.
Home Research New Study Of Younger Consumers Raises Doubts About Self-Driving Cars 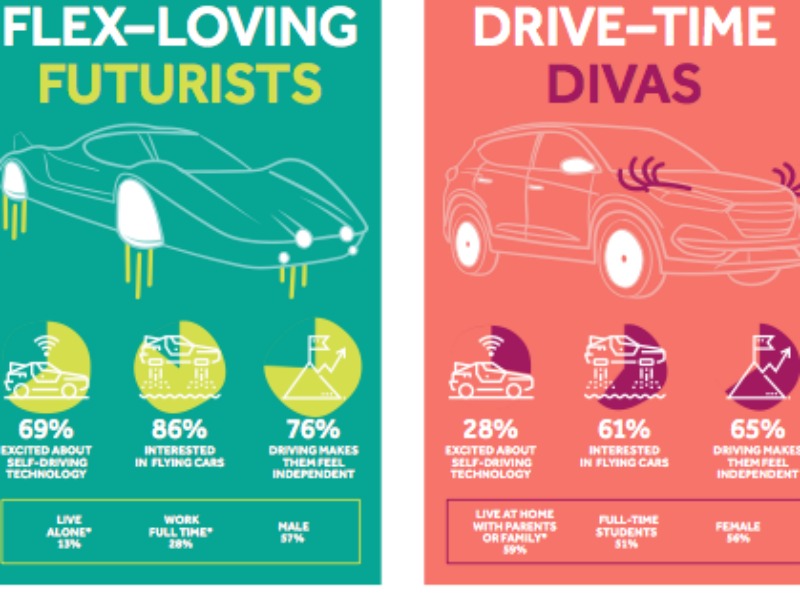 Although 92% of GenZennials, a microgeneration of 16 to 24 year-olds, currently own a car or plan to buy one, less than one in four plan on buying a self driving vehicle.

SAN FRANCISCO — While self-driving cars are often touted as the future of transportation, new research of younger consumers reveal concerns over safety and price continue to impact attitudes towards the new technology.

Ketchum's Connected Ride study, which polled nearly 1,000 'GenZennials' — a microgeneration of an estimated 39m 16 to 24-year-olds that the agency has dubbed 'the next generation of buyers' — finds that less than one in four plan on buying a self driving vehicle.

The survey demonstrates that the micro-generation is a lucrative car buying group, with 92% of them already owning or planning to buy a car. Yet 'GenZennials' feel more concern than excitement about the concept of self driving vehicles, citing safety, viruses and hacks as possible threats.

"This micro generation has grown up steeped in technology, so you might expect them to be ahead of the curve in terms of their readiness to embrace the future of transportation," said Lisa Sullivan, executive vice president and director of Ketchum's North American technology practice. "While the data exposes some hesitation, it also helps us identify and understand significant variances, even within this microgeneration."

Sullivan said the survey aims to help marketers and technologies better understand, market to and design for GenZennials in the US. While technological advances in vehicles are appealing, they're not the clincher when purchasing a car. "We found that safety is still a number one concern for this generation," Sullivan said, adding, "This generation sees car ownership as a rite of passage."

The study also found a number of factors attract more interest among GenZennials than self driving vehicles, including alternative forms of fuel and energy, windshield display, gesture controls, artificial intelligence and mobile payment options on the dashboard. GenZennials are three times more likely to choose an environmentally friendly car over a fast one.

"Emerging from this research are several insights that we hope will help companies build their marketing communications strategy," said Paul Wood, partner and head of Ketchum's transportation and automotive practice. "Trust is vital to this audience, and their cautious approach to the future of transportation gives us clues as to how to open the dialogue with them. Only once they feel secure that new technology can play a positive role in their lives can they begin to embrace adoption."

Like many other firms, Ketchum has also invested in marketing to millennials, discovering ways to market to a generation that they say loves authentic experiences, not brands.