Please refer to our Privacy Policy for important information on the use of cookies. By continuing to use this website, you agree to this.
Home Research Study: Drop In Number Of Female Corporate Comms Directors 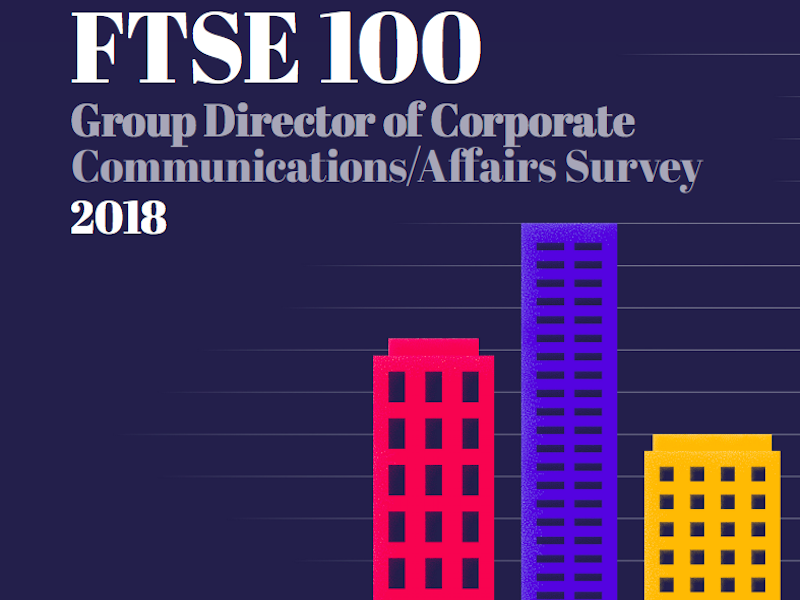 FTSE 100 research with Watson Helsby finds 39% of group directors of corporate communications and corporate affairs are women, down from 51% in 2017.

LONDON — There has been a sharp drop in the number of FTSE 100 corporate communications directors who are women, according to new research.

Most (75%) of new appointments to the most senior corporate comms role over the past year have been men, which has contributed to the reversal in an upward trend towards more women at this level.

The survey states: “There is no apparent reason for this, indeed it is surprising since many companies (certainly those that regard it as an Executive Committee level appointment) ask for shortlists with a strong female representation these days. Therefore, it has to be regarded as a blip.”

As in previous years, there is a significant gap between the remuneration of a FTSE 20 corporate communications/affairs director, where the average salary is £400,000, and those in the lower half of the FTSE 100, who earn an average of £218,000. There is a small group of elite corporate communications/affairs directors who earn more than £500,000.

The study found that the role of group director of corporate communications and/or corporate affairs is still not as firmly established as other corporate functions: 21% of the FTSE 100 do not have corporate comms represented at a senior level. More than three quarters have a direct reporting line into the CEO, but 23% report into other functions such as HR and strategy, including 7% who report into marketing.

Over the year, 28% of corporate communications/affairs directors have seen their role extended, particularly in the areas of sustainability, purpose or citizenship, and corporate brand marketing.

More than half of the survey respondents said that the corporate brand had become a more significant aspect of their role, driven by companies rethinking their corporate brand narrative and purpose.

However, expanded roles have not been matched with bigger budgets: only 10% of respondents reported an increase in budget.

When asked which disciplines and capabilities they want or need to strengthen/upskill, the majority answered social media/ digital (48%), including content, followed by data analytics (29%).