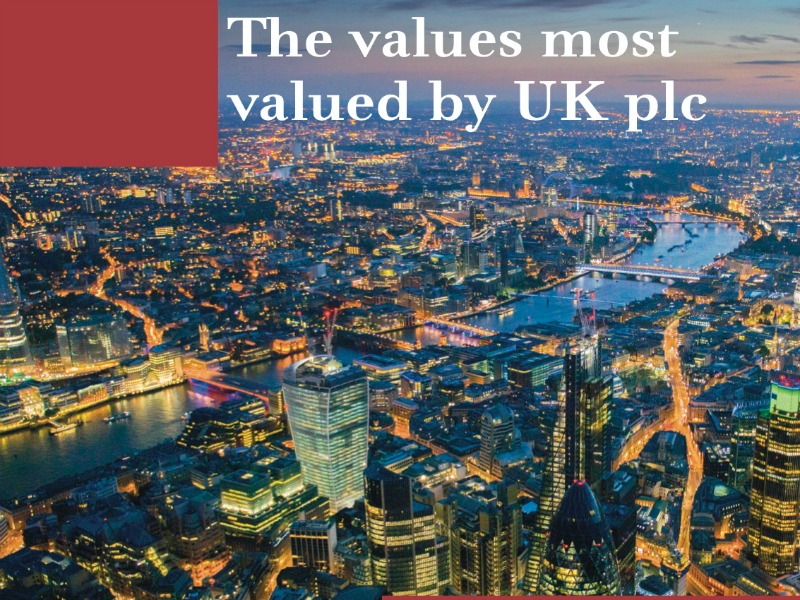 Study: How Valuable Are Corporate Values?

New research analyses the corporate values of FTSE100 companies, finding that many claim virtues that "corporations are routinely accused of lacking".

LONDON—An analysis of FTSE100 corporate values finds that they "sometimes sound trite", with numerous companies opting for the same words to describe their organisational culture.

'Integrity', for example, is claimed as a core value by 35 of the FTSE 100; respect by 29 and innovation by 24, according to the Maitland Values Project. "Core values statements can sometimes sound trite," said Maitland corporate practice head Steve Marinker. "The more common the values the more apt they are to sound unconvincing."

IoD director general Simon Walker, in the foreword to the report, admits that corporate values might once have been considered "fanciful." But he adds that "values are now understood to be one of the foundations of successful companies."

"It’s no coincidence, for example, that some of the world’s strongest corporate cultures are to be found in Silicon Valley, home to the most highly valued corporations in the world," says Walker.

Regardless, the reliance on similar corporate values across the FTSE100 suggests that they are more a function of rhetoric rather than an accurate reflection of corporate behaviour.

The top ten values claimed by the FTSE 100 comprise a list of virtues that includes transparency, responsibility and honesty. The study accepts that "it is perhaps no coincidence that many of these characteristics are precisely those which corporations are routinely accused of lacking."

"No business would choose an advertising slogan which was near identical to a competitor’s yet when it comes to corporate values, which perform an analogous function, there is a remarkable degree of congruity," says Marinker.

Marinker points to Pearson as a stand-out example of a company that has worked hard to capture its organisational culture. Of its four core values, three – bravery, imagination and decency – are expressed by no other FTSE 100 company.

"Decency may be a close cousin of integrity but it has a nuance which sets it apart," says Marinker. "Decency suggests social approval as well legal and regulatory compliance. You can see why this shade of meaning would be important to a business serving the education sector."

What the study doesn't attempt to do is measure a company's actions against its values. Yet Walker still believes corporate values are increasingly important, 21 years after management book Built to Last popularised them.

"In an era of radical transparency, driven by government and shareholder activism, businesses increasingly understand the need to give all stakeholders an insight into the culture which governs their behaviours and decision making," says Walker.