Please refer to our Privacy Policy for important information on the use of cookies. By continuing to use this website, you agree to this.
Home Research Study Identifies Issues With How Senior Communicators Lead 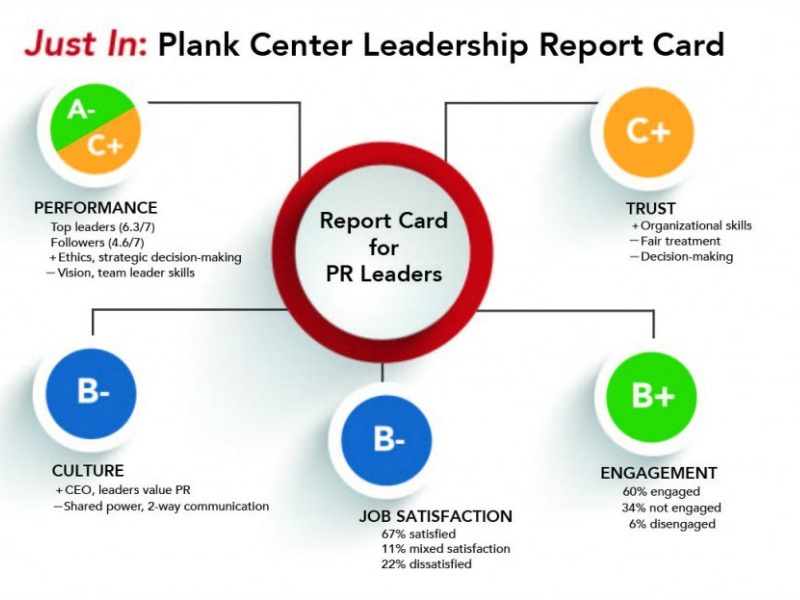 There is a dramatic gap between the way PR industry leaders evaluate their own performance and the way their employees view that performance.

There is a dramatic gap between the way PR industry leaders evaluate their own performance and the way their employees view that performance, according to the first Plank Center Report Card on communication leadership, based on a survey of 838 US public relations executives and managers, most of them in in-house roles.

In general, leaders gave themselves an “A-,” while followers gave them a “C+.” Leaders received high marks for ethical orientation and involvement in strategic decision-making but earned lower marks for their vision, relationship-building skills, and team leadership capabilities.

“This gap doesn’t necessarily mean that leaders are ineffective,” says Bruce Berger, research director of the Plank Center. “Employees may be upset about other issues in their lives, or unhappy with a recent assignment or work review. But closing the gap is nevertheless important because leaders influence all other issues in our study.”

Trust received the lowest grade and was an issue at all levels, though lower-level PR professionals were more distrusting. Professionals trusted their organization’s capabilities to compete successfully and achieve its goals, but expressed less trust in their organizations to keep promises and to be concerned about employees when
making important decisions.

The survey was conducted by the Plank Center for Leadership in Public Relations and executive search firm Heyman Associates.