Please refer to our Privacy Policy for important information on the use of cookies. By continuing to use this website, you agree to this.
Home Agency Playbook Sponsored Content Inside Investigative Journalism: An Interview with the WSJ's Brody Mullins, Part 2
Signal Group

Inside Investigative Journalism: An Interview with the WSJ's Brody Mullins, Part 2

"If the subject of a story decides early on that they want to talk to a reporter, the reporter often doesn’t report deeply behind that." 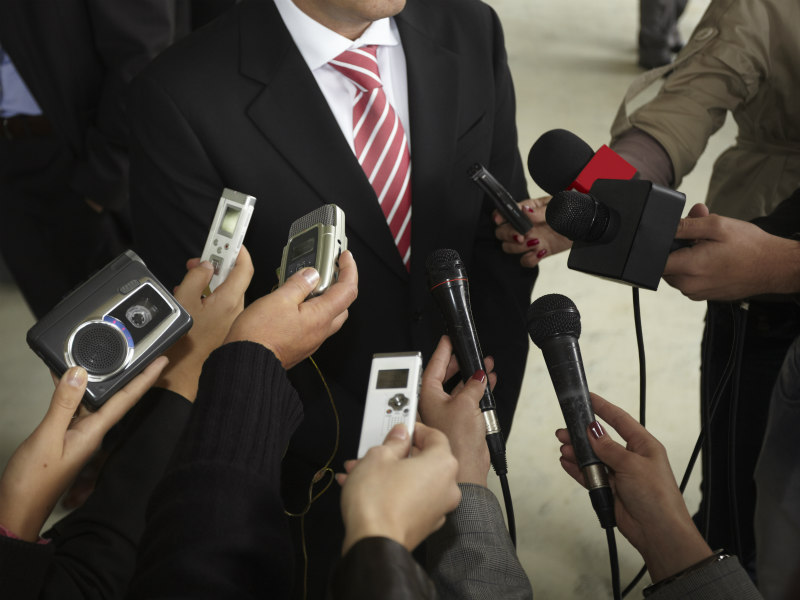 Few reporters can stoke as much fear with a single phone call than Brody Mullins. For more

than a decade, he has been an investigative reporter for the Wall Street Journal based in the Washington, D.C. bureau where he covers the nexus between business, lobbying and campaign finance.

Mullins writes only a handful of times every year, but, when he does write, his front-page pieces pack a devastating punch. His last three articles have exposed Amazon’s political rise to power, how ego and greed led to the downfall of one of Washington's biggest Democratic lobbyists, and how big business has lobbied against Trump’s tariffs.

Over lunch recently in Washington, I sat down with Mullins for a wide-ranging discussion on investigative journalism, the Trump administration, and the future of media. This is part two of that conversation, you can read part one here.

Brody Mullins: Trump has changed Washington and really journalism in many ways. Mainly, that he is such a suction for news. So many reporters have to spend so much of their time and resources focused on Trump, himself—his tweets, the White House. There are so many shorter, one-dimensional stories on Trump, and that draws so much attention and resources from the media. That leaves a lot of room to cover for reporters like me who are not covering Trump. There are a lot more pieces to cover on our own. Trump draws so much attention that there's sort of less scrutiny of what's going on in Congress and lobbying and other parts of Washington

Bovim: What do you read every day to learn what's going on in DC?

Mullins:  I read POLITICO, Axios, and I skim The Washington Post. I wish I had time to read The New York Times every day, but I don't. But I feel with Axios and POLITICO, I can pretty much get a good sense of what's going on. Also, because I write longer-term stories, I'm only trying to write six to eight a year, I try to ignore and stay away from as much of the day to day news as possible, because while it's entertaining – and sometimes scary – it can be a distraction from reporting and writing.

Mullins:  For the exact same reason, I stay off Twitter. I have a certain amount of time each day I can devote to working and I feel Twitter and unsolicited emails and stuff on cable news, is just noise that is diminishing the amount of time I have left. Luckily, for me, because I write a limited number of stories a year. If you are covering the news every day, you obviously must know what's going on. If you're a lobbyist, if you're in public relations, you have to know everything that's happening. I don't and it saves me an hour or two, sometimes maybe three a day. It also makes me less informed about the latest back and forth in White House.

Bovim: Do you believe the press is treating the president, fairly?

Mullins: That's a great question. I think the press has done a great job covering the president and this investigation in a serious way. On the other hand, there seems to be a desire for reporters to pile on and write about smaller issues in the White House – such as a staffer leaving – as if they are huge scandals. Many people in the press seem to think that whatever Trump does is bad, and I wish that for us, at times, we'd take a deep breath, think and decide whether it's something that's bad or is good for the country, rather than instinctively think that if Trump does something it's bad. He's certainly done many things that people would argue are bad, but not everything. I think if you read the mainstream press, you would think 100% of Donald Trump is bad and evil and that's not true.

I have a certain amount of time each day I can devote to working and I feel Twitter and unsolicited emails and stuff on cable news, is just noise

Bovim: Are there situations you've encountered when a company or person has hurt themselves by being too shy in the press?

Mullins: Yeah, certainly. When I approach a subject of a story and ask them if they would like to talk or answer questions, if that company or individual says that they're not going to talk, then that can make it harder for me to report. But it also requires me to go talk to as many people as possible outside that person or outside that company who are willing to talk with me. And that generally tends to make stories more negative, because I'm not getting information from the subject of a story. Instead, I am talking to their competitors or their neighbors or their former colleagues. It makes for harder work, but often better stories. If the subject of a story decides early on that they want to talk to a reporter, the reporter often doesn’t report deeply behind that.

Bovim: How long is your typical piece?

Mullins: The average length, or the normal length of a Wall Street Journal front-page story is 2,000 words. Sometimes we can get 3,000 words and rarely 4,000 words. But that's just about the longest that the Journal can go. I think at The New York Times and Washington Post, it's much easier to get lengths like that on a more regular basis.

Bovim: Do you have an amount that you allocate to story subjects for responses?

Mullins: I don't outline it that way. But, certainly the subject of a story should have the opportunity to respond to everything that is in a story. And, in order to be fair, we want to include those responses. So, if there is a cap on how long a story can be, lengthy and detailed responses to questions can take up a significant portion of a story. And that leaves fewer words for the story and more words towards the defense of the story.

Mullins: It was a story a couple of years ago, about the rise and fall of a pharmaceutical lobbyist who killed himself and in doing so exposed a big scandal. That was a fascinating story.

Bovim:  That was a sad piece.

Part One of this interview can be found here.