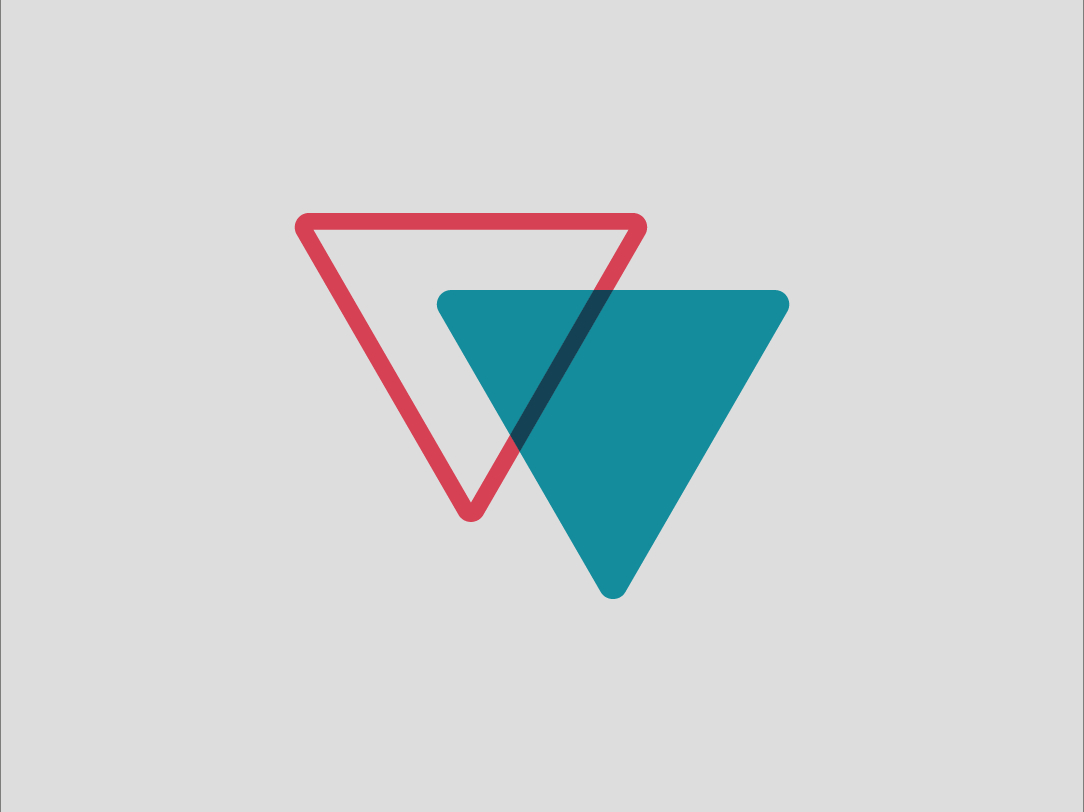 Intellectual Property Faces The Challenge Of A Digital World

New technologies and digitalization have brought new challenges to the field of intellectual property.

Inventions, artworks, symbols, trademarks, logos... These are all creations usually associated with the field of intellectual property and, consequently, are legally protected by patents, copyrights, and trademarks.

However, new technologies and digitalization have brought new challenges to the field of intellectual property. Now, it must not only protect new types of non-traditional trademarks, such as holograms, but also purely digital creations, such as mobile applications and other software. There are also questions regarding how to enforce these rights in online environments and digital marketplaces.

Protecting intangible assets can represent enormous value for a company, and it becomes even more necessary and complex in an increasingly digital and globalized world. Beyond the ongoing development of legal regulations in this area, intellectual property disputes of any kind can pose significant reputational risks for companies.

Intellectual property disputes and risks have become much broader in the age of hyperconnectivity. A good example of this concerns Amazon’s popular marketplace, which allows third-party sellers to offers their products on its website.

One seller was offering products from the well-known brand Davidoff on this platform. Coty (a company licensed to Davidoff products) argued in court that both the vendor and Amazon were making use of this trademark, therefore making them both directly liable for the violation of marketing its products without the owner’s authorization.

Financial media picked the topic up in April 2020, when the Court of Justice of the European Union (CJEU) established that Amazon, as an intermediary, did not commit any infringement by stocking products that violate trademark rights on its ecommerce platform.

Another major dispute between tech giants in recent years has been over intellectual property, specifically software patents. Oracle, the owner of the Java programming language, accused Google of having used lines of Java SE code in Android, thereby violating copyright laws. It claimed $9 billion in compensation from Google. The U.S. Supreme Court recently ended this 10-year-long dispute, ruling that Google can legally make use of Java code snippets. This established a significant precedent in the technology sector in terms of how copyright is deemed to affect software.

One of the risks most frequently facing businesses is another entity copying or misusing a distinctive element of its brand. This can happen both within and beyond its sector of activity and takes advantage of the business’ good name, potentially leading to consumer confusion.

In the digital environment, where we cannot physically check the qualities of the products we purchase, it becomes a risk brands must be especially aware of in order to be able to identify possible trademark disputes.

Trademark disputes: IP battles that end up in court

One of the best-known trademark infringement disputes began in 2009, when two fashion giants first clashed in the courts of New York. Italy's Gucci sued U.S.-based Guess, claiming that the interlocking “G” logo and pattern was a copy of Gucci’s original model. The Italian company argued that Guess’ use of the logo was causing consumer confusion and significant business losses. The New York court was soon joined by courts in Italy, Australia, China, France, and the General Court of the European Union in a legal battle that lasted more than 10 years.

According to the Spanish Patent and Trademark Office (OEPM, for its Spanish acronym), a trademark “is defined as a distinctive sign of either an individual’s or company’s products or services in the market... It is used to distinguish and individualize products and services on the market from other identical or similar products or services.” But beyond this primary distinguishing purpose, a brand projects the values and philosophy that a company wants to instill in its product. It is a key element of its identity.

When this identification is partially or completely imitated by a third party, usually with the aim of taking unfair advantage of an existing reputation, it becomes a situation similar to identity theft. An entity generates confusion among the public by appropriating a specific, already recognized identity, usually to make a profit. In addition to causing serious damage on a company level, brands can suffer irreparable damage to their reputations and business when faced with these situations, which is why they often end up in court.

The list of high-profile cases is endless: McDonald’s’ dispute over the Big Mac name, Adidas’ numerous lawsuits over the three parallel lines on its sneakers, the major controversy over Schweppes’ marketing in Spain, and Inditex’s legal battles to defend its Zara brand are just a few examples, showing how varied these disputes can be.

Disputes over trademark conflicts, in addition to sometimes being highly complex in legal terms, are particularly interesting as a case study in the field of communications. These types of disputes are sometimes of special interest to the media and the public. This is because they represent a “battle” between two companies, which means the reputational risk is higher than in other types of disputes.

In these kinds of disputes, there are certain characteristics that act as factors that can exacerbate reputational risk. These include:

All these characteristics increase the impact of the dispute’s media coverage on both the brands involved and the legal proceedings themselves. This influence manifests itself in different ways, all of which should be taken into account throughout the dispute.

How does media coverage influence the process?

First, the information published can have an effect on the process itself, creating prejudices or reinforcing one party’s arguments. The messages conveyed through the media build a narrative in the collective imagination, and it is formed by the most-repeated and best-positioned arguments.

The position that prevails in the news is more likely to gain attention in the legal proceedings, not only because it may be more accessible to those involved in the process, but also because the parties often provide what is published in the media as evidence in these cases.

In addition, the pace may be affected depending on the media pressure that is exerted. The timeline may be shortened or stretched depending on potential leaks or risks arising from media pressures. In parallel, media noise affects the make-up of work teams. It is important for legal professionals to be able to count on assistance from communication experts who can help them support their actions in the media, acting as a filter for possible requests from other stakeholders.

In short, brand reputation is affected, positively or negatively, during litigations for longer than the process itself – and sometimes regardless of its final outcome.

As threats usually present opportunities as well, these issues can provide a chance for brands to emerge from the process stronger, particularly if they have an appropriate action plan and communication strategy.

A good example of this is a case involving Samsung. In 2011, Apple sued the South Korean company for copying its smartphone patents. Since then, and for seven years, the two companies were engaged in a legal battle with several lawsuits in between. In 2018, a U.S. jury found in favor of Apple. Shortly thereafter, the companies reached a settlement to prevent Samsung from appealing the decision.

Despite Apple's victory in court, the tech giant failed to gain the competitive advantage it had hoped for over Samsung. On the contrary, Samsung gained greater brand value by appearing as an equal, direct competitor of Apple in the smartphone sector. Thanks to the legal fight against Apple, Samsung became known in the smartphone market at a time when the company was mainly known for its plasma

Despite Apple's victory in court, the tech giant failed to gain the competitive advantage it had hoped for over Samsung. On the contrary, Samsung gained greater brand value by appearing as an equal, direct competitor of Apple in the smartphone sector. Thanks to the legal fight against Apple, Samsung became known in the smartphone market at a time when the company was mainly known for its plasma TVs. Samsung later took advantage of this competitive communications opportunity to launch several mass advertising campaigns to promote its Galaxy series of smartphones, establishing itself as the world's most popular smartphone brand. Since then, Samsung's reputation has continued to grow, and the South Korean giant has been in the top 10 of the Forbes Most Valuable Brand Rankings since 2017.

A company should have multiple tools in place to protect its brand during a dispute, or even reinforce its values. These should include:

It is key to build a clear, direct, and simple narrative, one free from overly technical or legal terminology, in order to gain an understanding of the issue. However, it will be impossible to completely separate the communication messages from the legal ones conveyed in court. There are certain lines of argument that are common in this these types of proceedings:

These arguments can help build a narrative that will convey the company’s vision and arguments during a dispute that directly involves its brand, allowing it to better reinforce and emphasize its values.

1. Brand use monitoring for media, networks, and digital platforms. With the right tools, it is possible to track the brand’s use on the internet (including search engines, social networks, and marketplaces). This can help detect unlawful or fraudulent uses, or uses that do not comply with agreed terms. These tools help identify improper uses on three levels, by:

2. Brand awareness study. Market research can help analyze a brand’s reputation and level of consumer awareness. This can create an independent analysis that will serve as a compelling argument in the legal process, as well as strengthen the brand’s position in terms of communications. Arguments supporting possible confusion among consumers and/or an unfair advantage are usually decisive in this type of case.

3. Graphic-visual brand analysis. Often, a dispute arises from use of similar visual aspects, which is why it can be useful to have experts carry out an analysis of the similarities or differences of the graphic aspects. They can look at typographic, morphological, and color characteristics, among others, to provide an impartial, professional, and objective view that can strengthen the company’s position in disputes such as these.

In short, in-depth knowledge of the characteristics and features of trademark disputes and control of points likely to be called into question will allow companies to anticipate the different steps of the process and combine their legal and communication strategies to better protect and reinforce their reputations – which is directly related to company brand.

The battle between Gucci and Guess was widespread and global, causing reputational damages that they were forced to contend with. After years of appealing to courts around the world and obtaining various rulings, they reached a settlement in 2018 to resolve all their open disputes. The terms of the agreement were not disclosed, but in terms of communications, both companies settled the matter by issuing a statement announcing the end of the legal battles to protect the intellectual property of their brands. 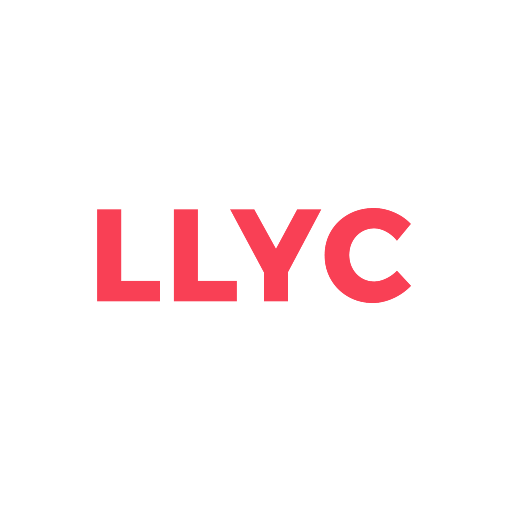 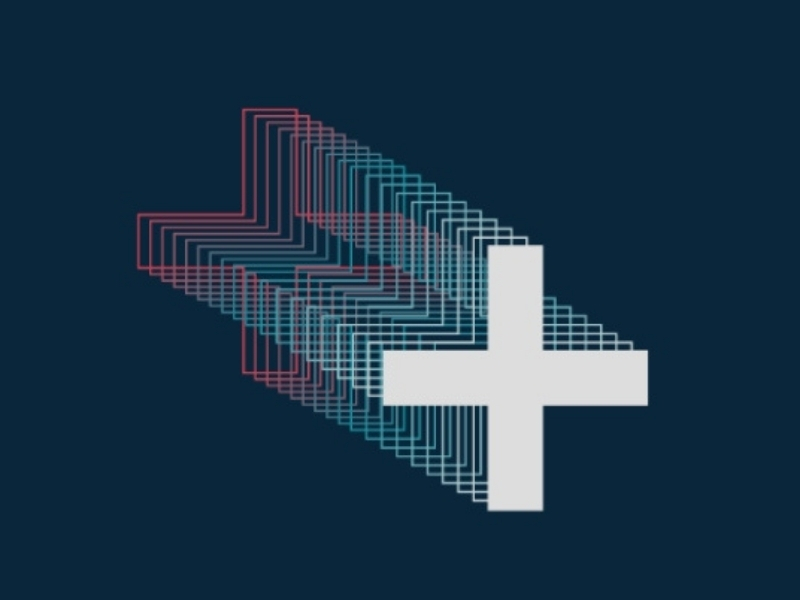 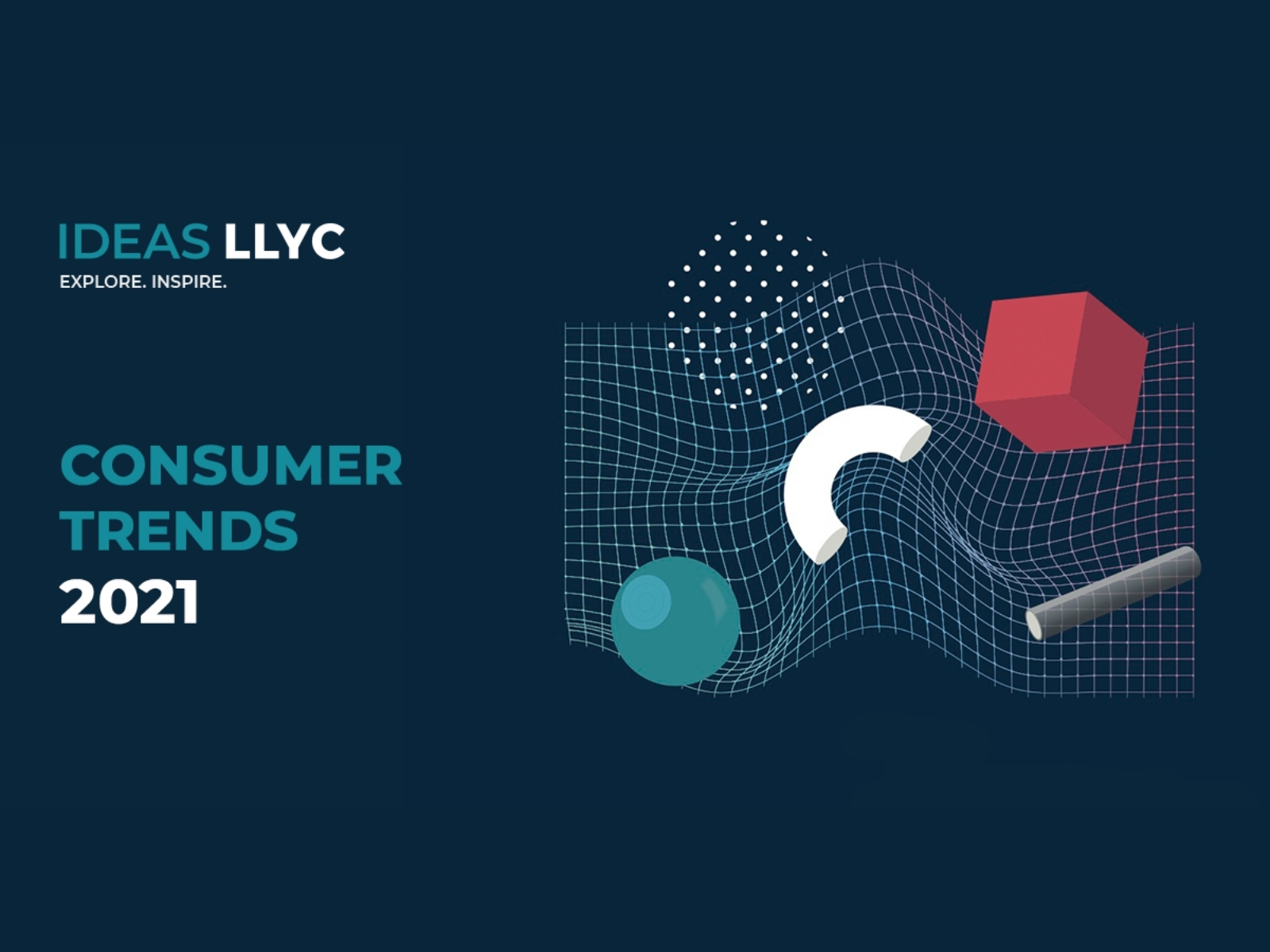 This article was written in collaboration with María Gaytán de Ayala, Lara Martín, and Paula García, all Legal Issues account executives at LLYC. 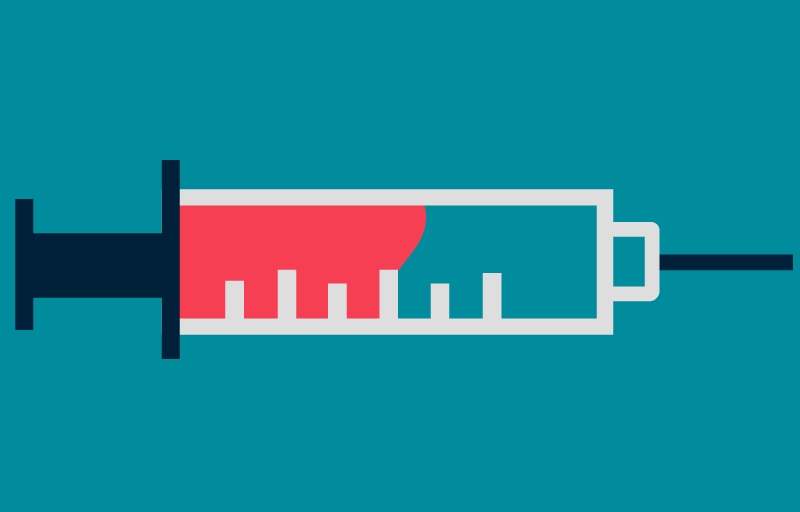 Vaccines And Anti-Vaxxers, The Challenge Of Transparent Communication
LLYC
13 Nov 2020 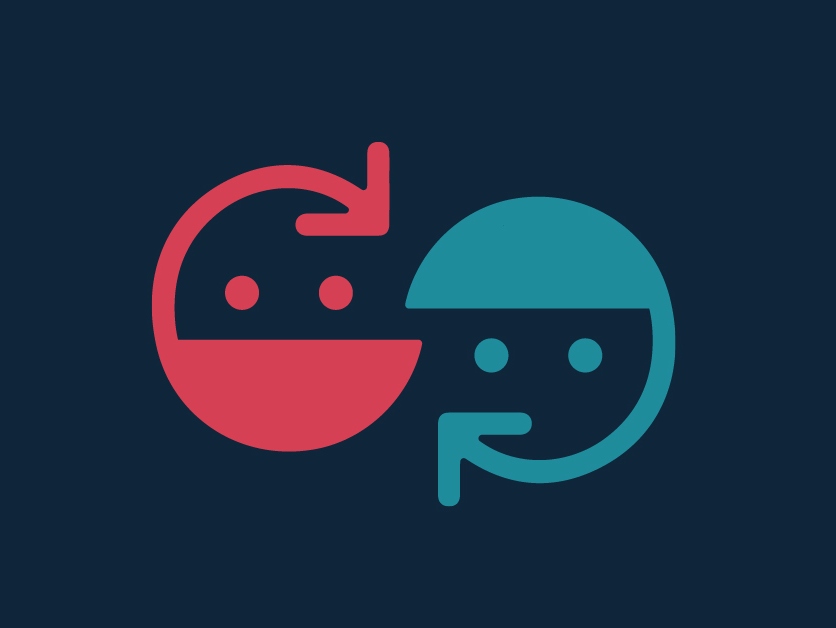