Attention to detail ranks among the most valued trait for promotions.

Bosses Promote According To Attitude And Attention To Detail

YouGov talked to managers in small and medium sized enterprises (SMEs) to find out if where the disconnect lay between employee expectations and that of their managers’.

Firstly Americans employees in general are pretty optimistic about their career potential. More than a quarter (28%) of American employees expect to be promoted in the next twelve months; 13% are expecting a positive move in six months or less.

Millennials are particularly optimistic with one third of Millennials (33%) hopeful of a promotion within the next year.

How to get promoted: For managers, attitude is key

For senior decision makers and managers at a small and medium sized enterprise attitude, attention to detail and interpersonal skills are far more important than age or years of experience when it comes to handing out promotions. 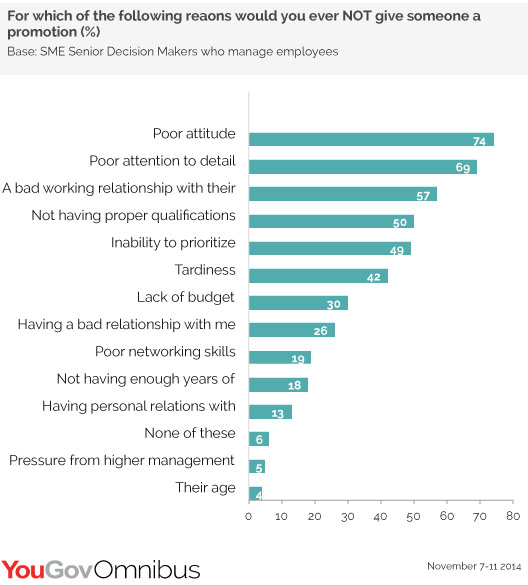 More than half (57%) of senior SME managers would hold somebody back who was unable to get along with his or her colleagues, and a quarter (26%) of SME bosses admitted they might pass over an employee they personally had a poor relationship with.

Employees Believe Age Holds Them Back

More than one in five (22%) of working adults believe that they have been passed over for a deserved promotion at some time in their career.

Nearly a quarter (24%) of those who thought they had been unfairly passed over believed it was because of their age. This was particularly true of Millennials, with 41% believing that their youth held them back.

A poor relationship with their boss was given as the reason by 20% of those passed over – a higher number of women (24%) than men 18% put their disappointment down to this poor relationship. Gender (16%) and race (13%) were also mentioned with gender cited as a cause by 24% of women compared to only 10% of men.

Only 4% thought that their conduct around the office would impact their promotion hopes.

Lateness? It depends how much.

Millennials tend to be less punctual than their older colleagues with 22% admitting to showing up late at least once a week compared to 15% of those aged 55 plus.

Many American workers hold themselves to stringent standards when they consider what constitutes lateness.  A quarter of employees (25%) think they are late if they are only one minute past their start time.   Only 15% feel they should have a free pass more than 15 minutes after their start time.

Employees are generally more cautious about tardiness than SME decision makers. From a manager’s point of view only 21% consider that an employee is late if they are up to 5 minutes beyond their start time compared to the 47% of employees.  Many more SME managers (29%) than employees (15%) consider employees late only when they arrive 15 minutes late or more.

Only 4% thought they might withhold a promotion for age, and 18% for lack of years of experience.
Research & Planning Partner
YouGov 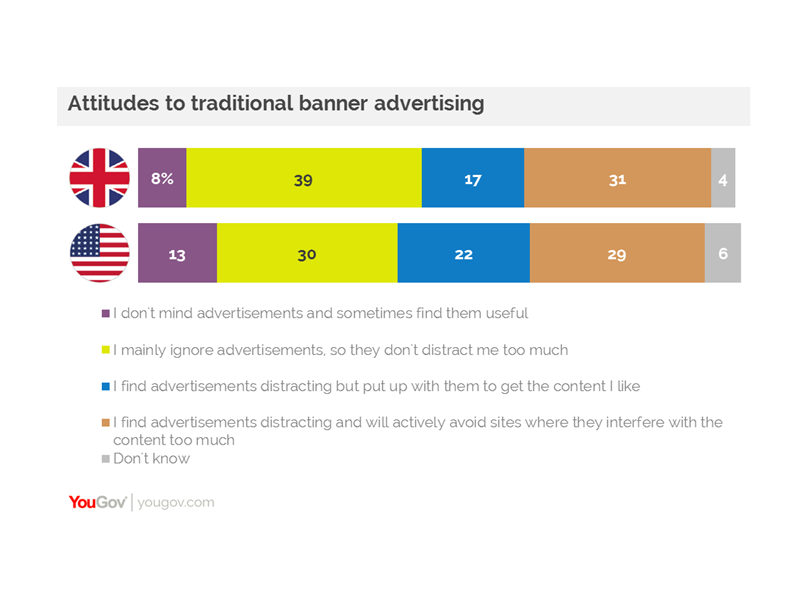 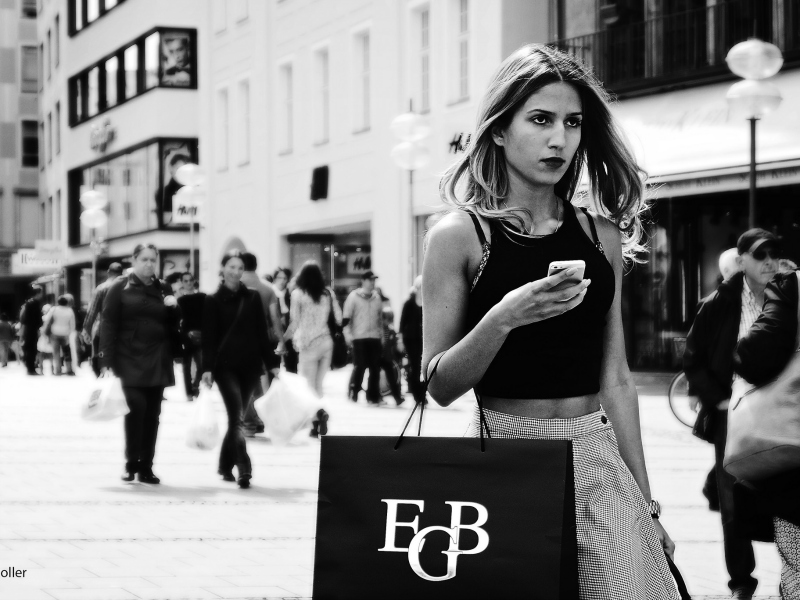 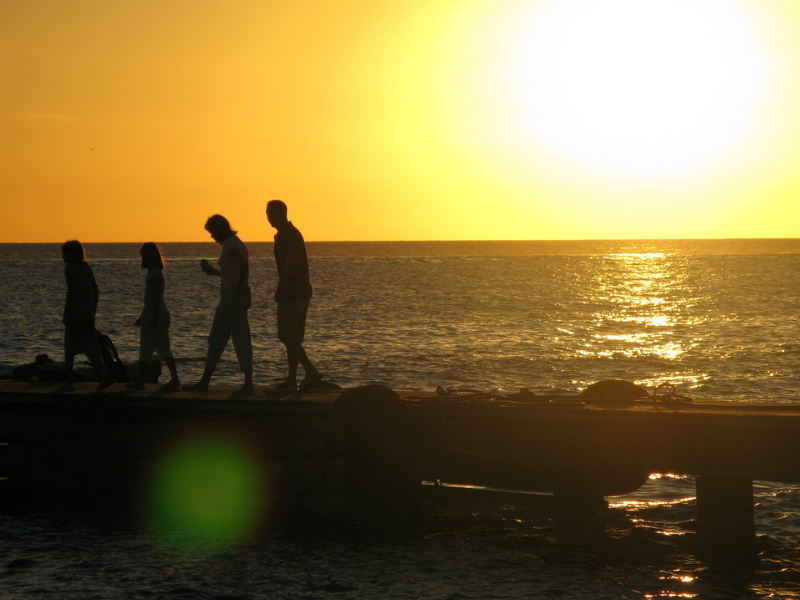