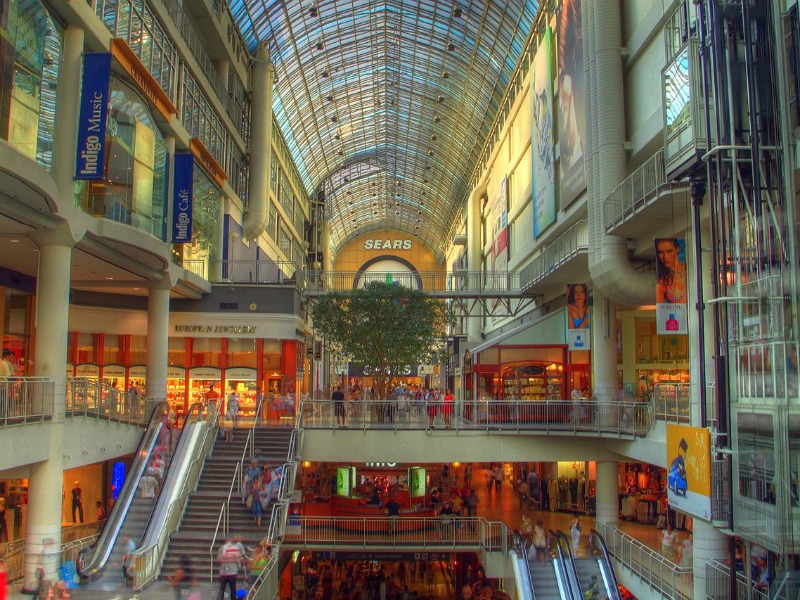 The “Bazaar” Place In Our Hearts

Are we really headed for a future where brick-and-mortar stores may not exist?

Web commerce is now more than 15 years old. As a driver of web commerce, mobile shopping has emerged and while m-commerce is surging, it’s still in its adolescence. It made me question: Are we really headed for a future where brick-and-mortar stores may not exist? On another front, I recently watched a CBS news clip which demonstrated a different type of “mobile” commerce where Amazon is experimenting with drone delivery -- with purchases dropping out of the sky, furthering the perceptions of some industry pundits that shopping malls are little more than giant mausoleums of a bygone era.

I beg to differ.

The bazaar is a centuries-old mainstay in the human experience. I say it this way because shopping centers are as much about the presence of other people as they are about buying things. There is something vitally gratifying – the touch and feel, the people-watching, the bumping-into-friends, the human interaction - that we need at regular intervals in order to feel connected and alive. To me, this is why the mall will never die.

By the numbers, recent stats from the International Council of Shopping Centers (ICSC) make it clear that brick and mortar is still the center, no pun intended, of our shopping experience. Some notable figures include the following:

And finally, while in 2014 e-commerce grew by 17 percent compared 3.5 percent for in-store, the total US e-commerce spend was $38 billion compared to $144 billion for in-store.

It’s true: retailers are heavily investing in web and mobile storefronts and consider omnichannel marketing as key to customer engagement. KPMG’s 2014 Retail Outlook Survey placed retail omnichannel strategy penetration as high as 70 percent, a number that seems in keeping with the proliferation of social/marketing forums like Facebook and the veritable explosion of mobile apps either dedicated to commerce or with a commerce component.

The same KPMG survey revealed 70 percent of retail executives see customer retention as the most significant driver of revenue growth over the next one to three years. If we view web and mobile portals as proxies for the primary thrill of being in a store, it’s easy to see how electronic commerce will continue to grow but never completely overthrow a shopping center’s role in our lives. The reality of omnichannel engagement is merely a sign of the times, a practical response to ever-shortening attention spans and a multiplication of eyeball-grabbing media.

Ultimately, as ICSC’s Jesse Tron puts it, the mall is an “experience-driven destination” where the distribution of goods is just as important as dining and entertainment. And really, without our beloved emporiums, what would come of us? Not only would the human factor be lost, but how could we choose between an Armani or Hugo Boss without trying it on? Shopping is only part of the story.