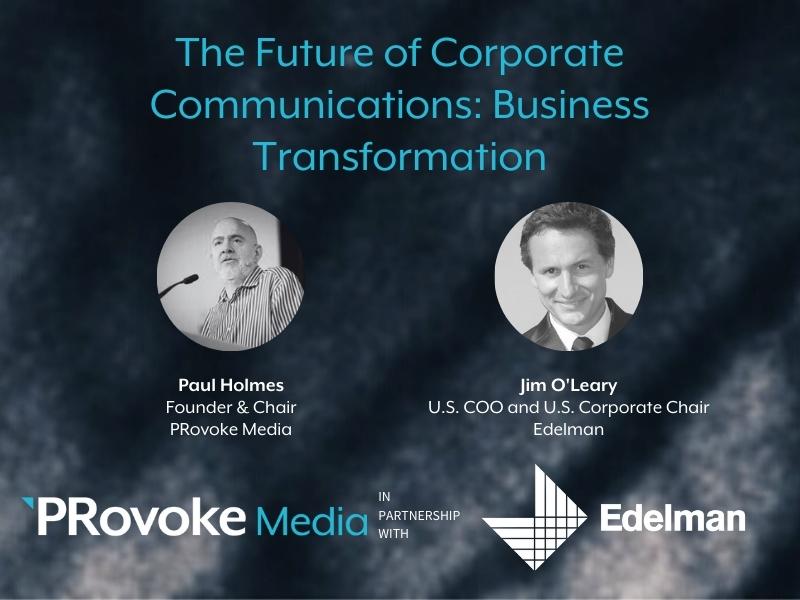 Paul Holmes and Jim O’Leary discuss the roles of both CEO and CCO, and how they have evolved in the last five to ten years as compared to the last two years.

In this episode of the PRovoke Podcast, Paul Holmes has a conversation with Jim O’Leary, COO at Edelman, about the roles of both CEO and CCO, and how they have evolved in the last five to ten years as compared to the last two years.

Both Paul and Jim agree that the role of a CEO is incomparable to past generations of CEOs. Previously, CEOs were figureheads who handled the business systems, financial elements and board relations. Now, CEOs spend increased time relaying the role of an organization in social issues, as well as its role in society more than ever before.

Now that this has shifted the focus for CEOs, it also has changed the roles of CCOs within an organization. Advocacy is a much bigger part of the corporate communications roles than it ever has been.

Similarly to social issues, the “Great Resignation” has put pressure on organizations to be clear and transparent with their staff about where the company stands on social issues—topics that need to be handled well, lest the risk of alienating employees.

Lastly, the two discuss the human element in public relations. We have never before been able to know so much about public sentiment towards a company internally and externally, and being clear with your company’s values as to how they relate to your consumers, staff and shareholders is the most important factor in connecting with people today.