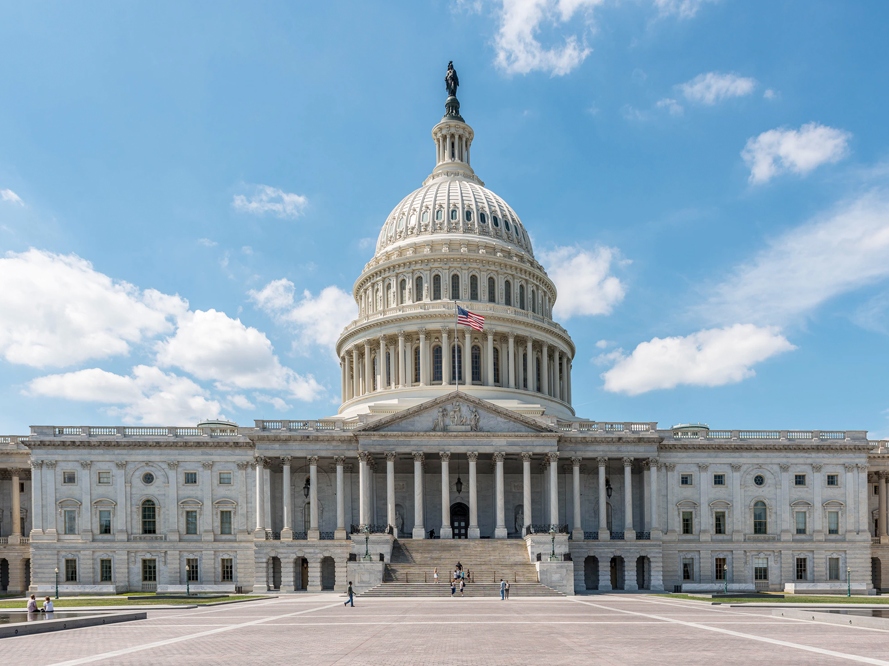 We’re back with our weekly look at the top stories and social posts about the election.

We’re back with our weekly look at the top stories and social posts about the election. This week’s edition will be slightly more expanded even, as we recently added Reddit data into our platform, so we will also be including the top conversations on Reddit in this analysis henceforth.

Before we begin, I should note that this data encompasses numbers of engagements accumulated through Thursday at midnight EST, so does not include the news that President Trump and the First Lady tested positive for COVID-19. Those stories already have hundreds of thousands of engagements in various outlets, and our data is showing that many of those pieces are predicted to receive more than a million engagements, which we will discuss in our piece for next week.

Once again, there was a clear top story this week, and it came from a landmark investigation from the New York Times about President Trump’s tax returns. This was the most engaged (again, that’s Facebook likes, comments, and shares, Twitter influencer shares, and Pinterest pins) story by a factor of four. It was also responsible for spin-off reporting that appeared in CNN and The Hill, as well as a further summary piece in the Times itself. 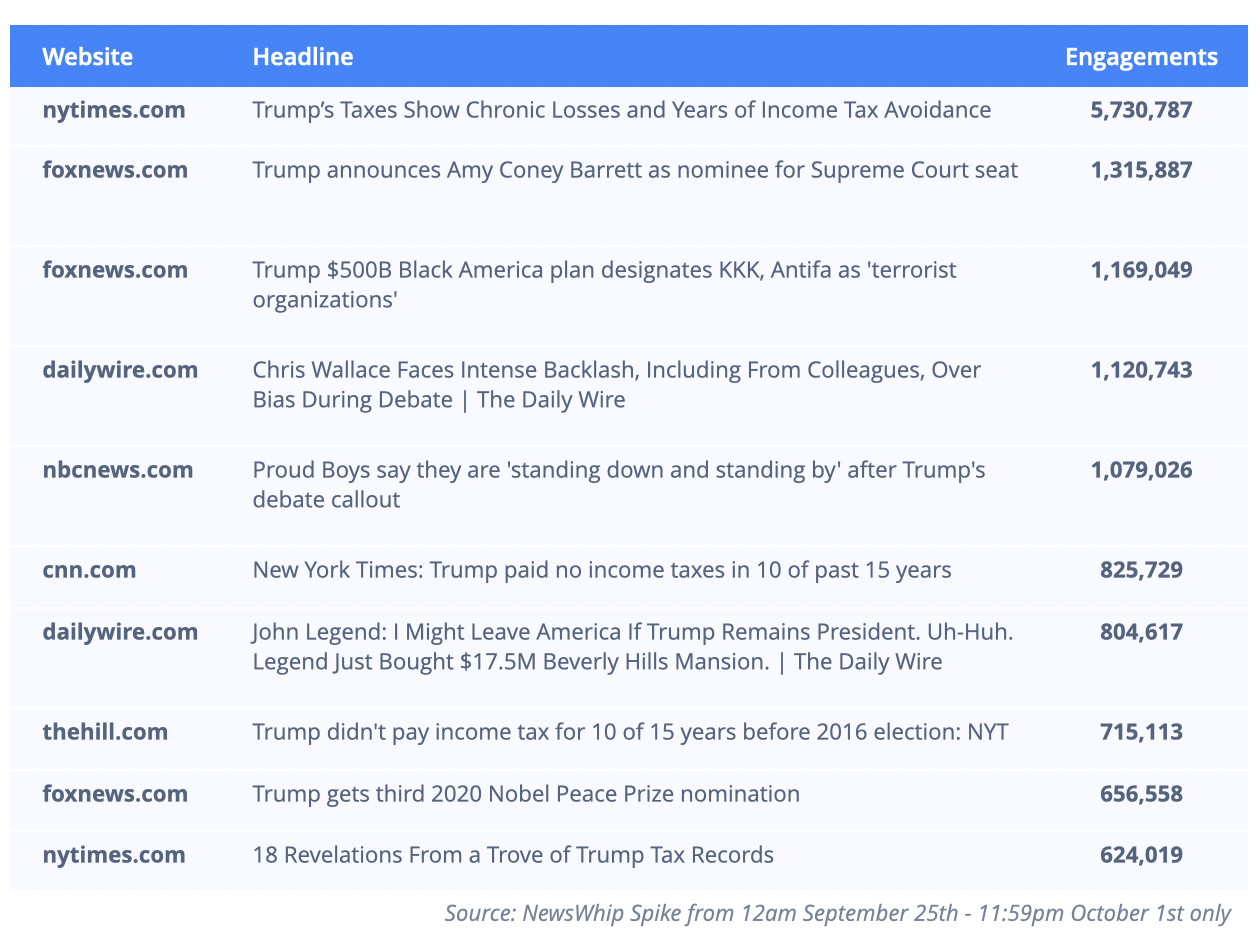 Other articles that broke through the noise included President Trump’s nomination of Amy Coney Barrett to replace Ruth Bader Ginsburg, as written by Fox News, and also their story on Trump’s plan designating Antifa and the KKK as ‘terrorist organizations.’

If we break this out to only show the top story per narrative, again there is a broader picture, though there was slightly less variance between this and the overall top ten than there was last week. 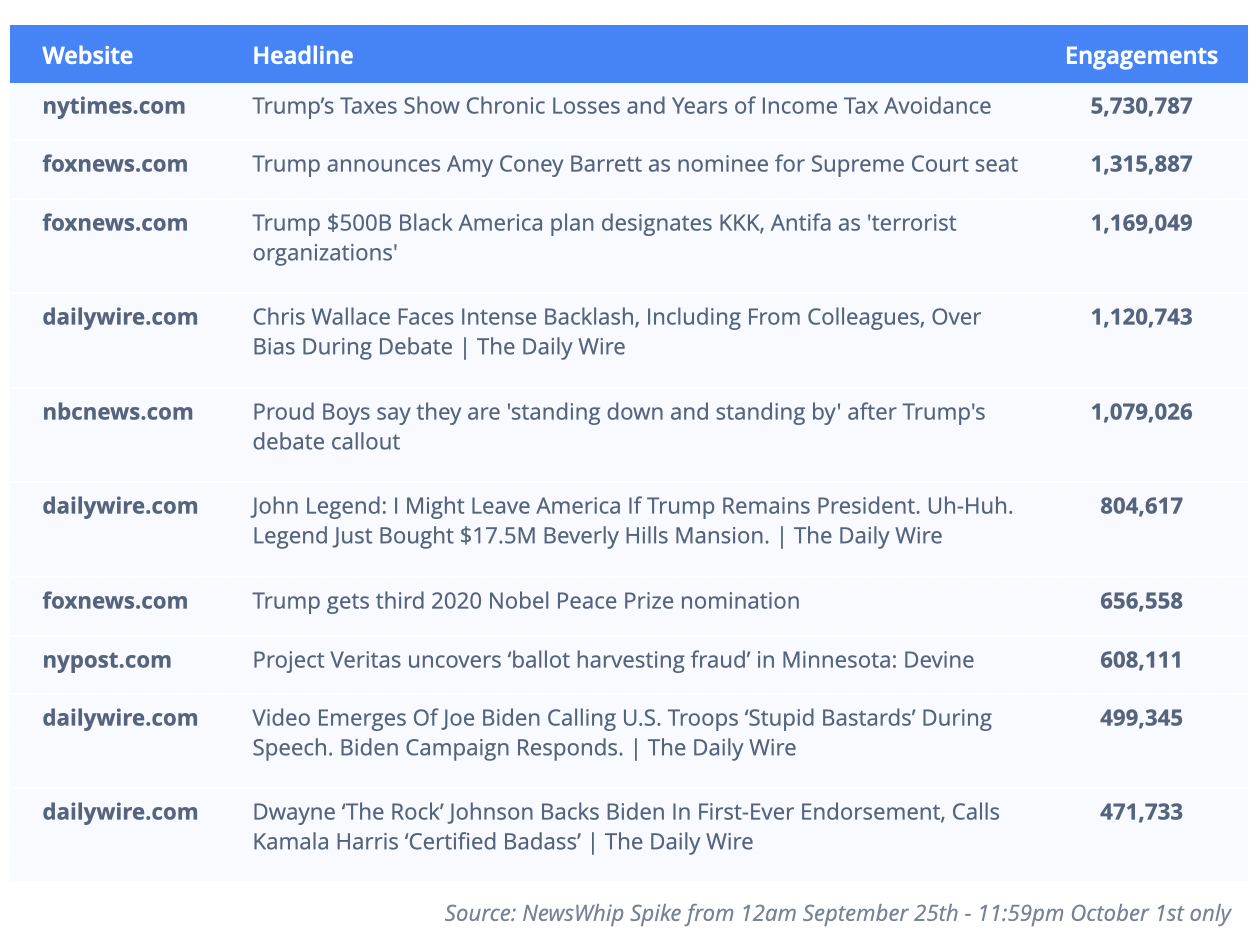 This table shows some of the other big talking points from the last week beyond those in the first table. There were a number of articles from conservative publication The Daily Wire, including backlash against Chris Wallace and Dwayne Johnson’s endorsement of Biden.

There was relatively little coverage of the debate among the top articles beyond the Chris Wallace criticism and an analysis in NBC News of the reaction of the Proud Boys to President Trump’s comments on them in the debate.

The top five Facebook political posts of the past week were all from President Trump or conservative media figures that are supporters of the president.

President Trump had the top post of the last week, where he posted a meme that implied he had been debating both Chris Wallace and Joe Biden on Tuesday. This was the only post of the week to receive more than a million engagements. He also had four of the top five overall, including a post about debate drug tests, a Florida rally, and claiming Joe Biden could not name any law enforcement support.

The second most engaged was a post from Franklin Graham, the President of the Billy Graham Evangelistic Association. This was about a prayer march in Washington, D.C., which was interacted with more than 850k times.

The most engaged, with more than two million likes and retweets, came from his opponent Joe Biden, in which he said Trump is the “worst president we’ve ever had.”

Other tweets did not come from politicians or professional pundits. One came from a Portland-area sheriff who denied Trump’s claim that he had endorsed him. There was also a tweet from Mark Hamill joking about the quality of the debate, a reference to Trump’s white supremacy comments, and a joke about the next debate simply being a fight in a Chili’s parking lot, to which Chili’s reacted by offering to provide the margaritas in response.

As mentioned, this week we added Reddit to our platform, so we can also look at the top political posts on that platform. Reddit is very different from the previous two social networks, being more focused on discussion.

The top post was the bemused reaction of a Canadian watching the presidential debates, in which they shared a picture in r/pics of two moose watching a burning car as a metaphor for their experience. This post had a score of 154k.

Many of the posts were to do with the debate, though normally from different angles than top posts on other social media. A post in r/gifs examined the different body language of Melania Trump and Jill Biden after the debates, and the same theme also emerged in other communities. The final debate-themed post in the top five posts was an analysis of some of the cable news coverage of the clash in r/PublicFreakout.

Beyond the debate, the NYT’s tax investigation broke through on Reddit too, with a post in r/news being the third most engaged overall with a score of 147k and 13k comments.

While there are clear themes that emerged across different angles, this week’s data again makes it obvious that monitoring requires a true cross-network view to allow you to see what’s happening simultaneously across different social channels, and to identify the similarities and differences. 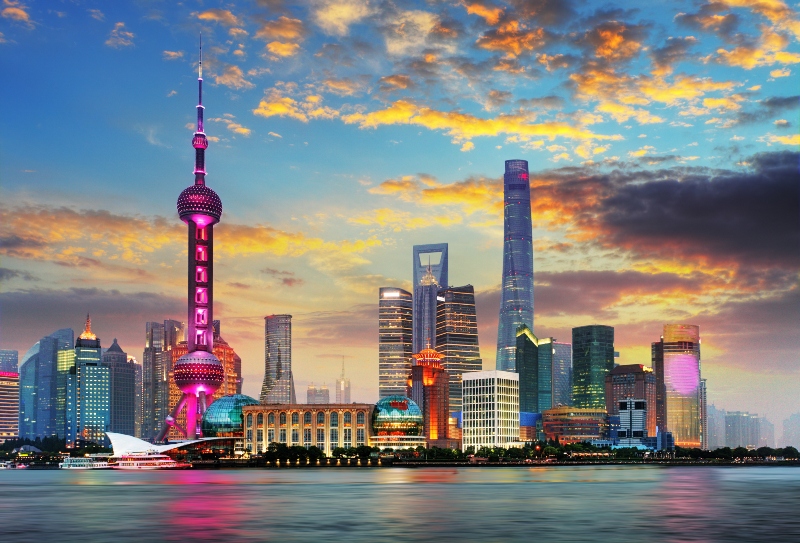 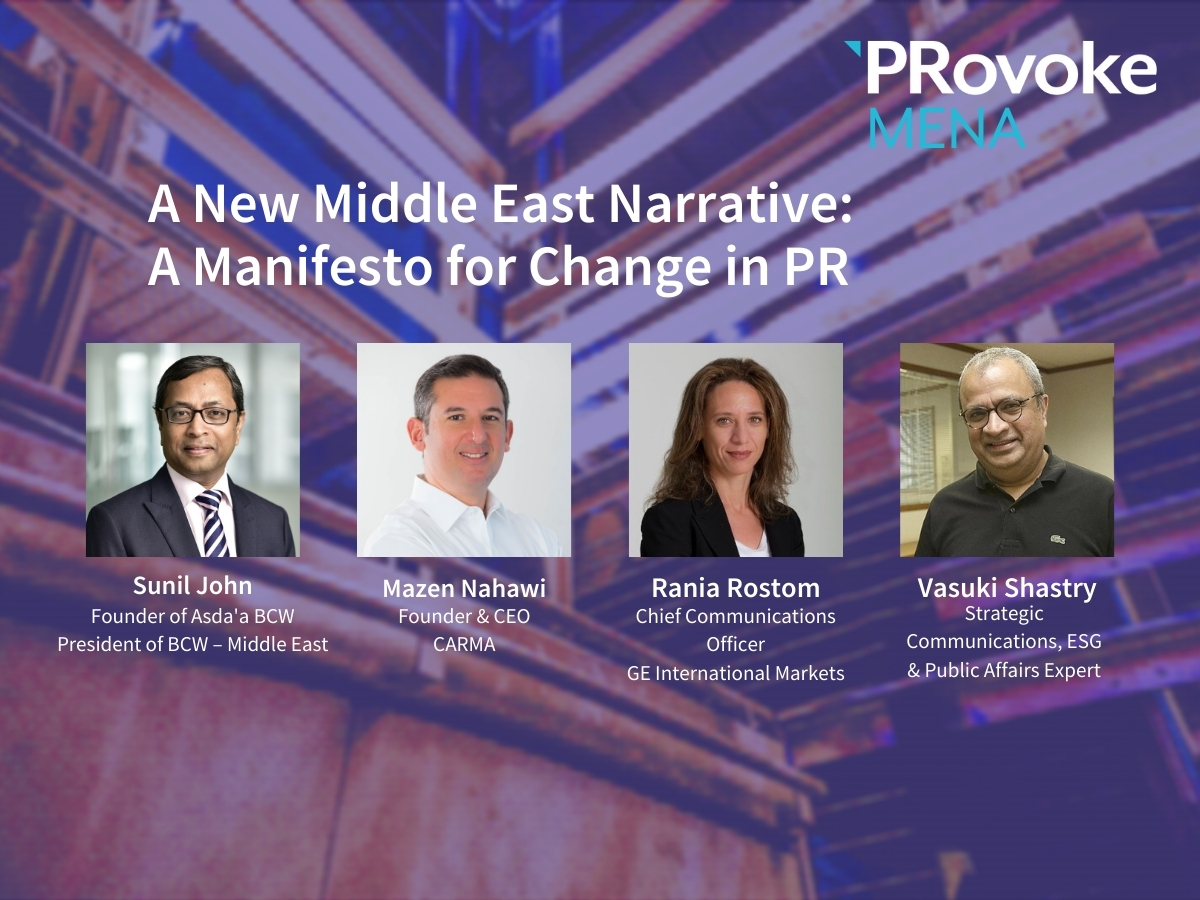