Please refer to our Privacy Policy for important information on the use of cookies. By continuing to use this website, you agree to this.
Home Latest 2018 SABRE Awards South Asia Launches Call For Entries 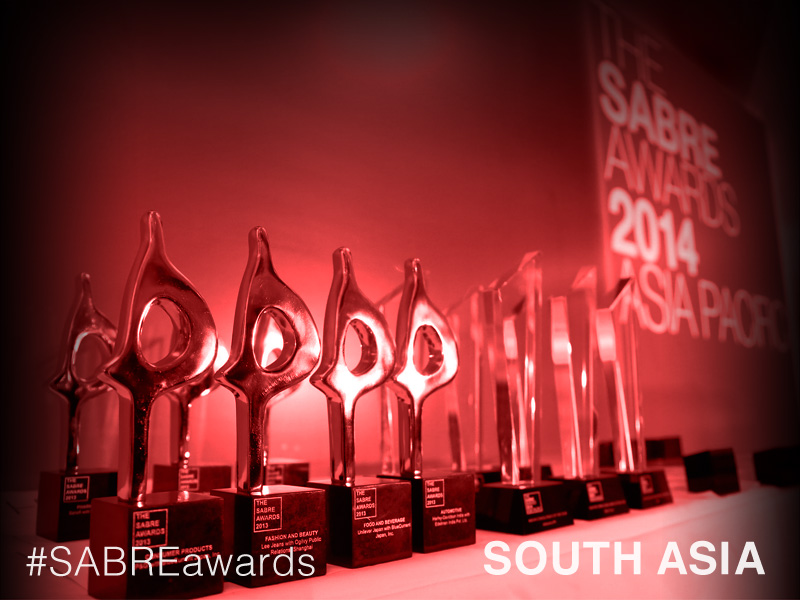 The 2018 SABRE Awards South Asia is now accepting entries ahead of the early deadline of 27 April.

All of the relevant entry information and fees can be found here, along with the procedure for making online entries. Entries will be accepted beyond 27 April until 1 June upon payment of a late fee.

A jury of industry leaders will be announced shortly. The judges session, which will take place in June, will be chaired by Holmes Report editor-in-chief Arun Sudhaman and PRCAI president Nitin Mantri.

“We have entered the sixth year of our partnership with the Holmes Report for the Sabre Awards and each year, the awards have gone a notch higher in terms of quality of work and number of entries. The PRCAI has been committed to taking the awards beyond the metros and getting regional firms to showcase their work which is a great step towards celebrating good work from across the country,” said Mantri.

He added: “The business of communications is becoming complicated and nuanced, with public relations firms competing not only against one another but also against ad agencies, digital specialists. In such a scenario, it will be important to see how PR firms demonstrate their creativity and how they are using data and analytics to gain audience insights, understand market dynamics and truly advise their clients.”

Last year's SABRE Awards South Asia saw Back to Work by Medela with Genesis Burson-Marsteller take top honours, ahead a very strong field, many of which went on to win Asia-Pacific and Global SABRE Awards.