Please refer to our Privacy Policy for important information on the use of cookies. By continuing to use this website, you agree to this.
Home Latest A Biden-Harris Administration Won't Be A Workplace Panacea 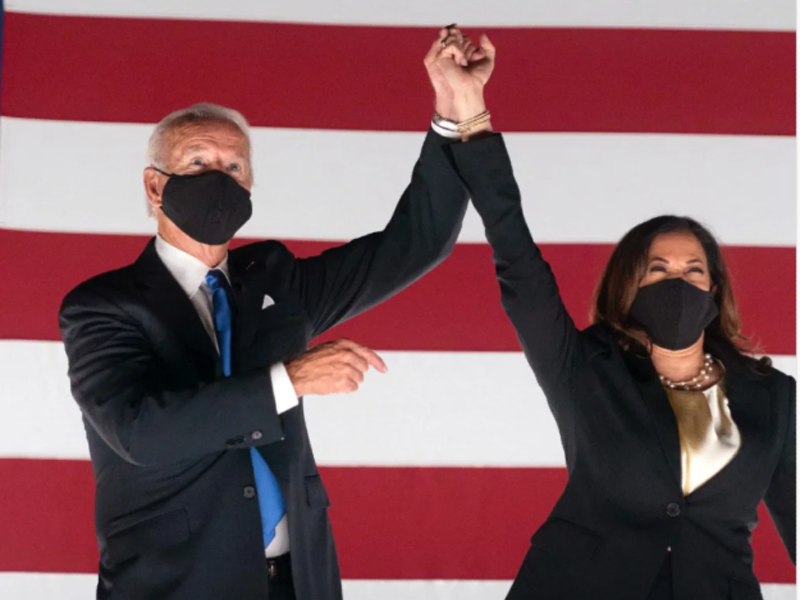 A Biden-Harris Administration Won't Be A Workplace Panacea

Despite the promise of a new administration, a change in leadership won't necessarily solve the employee engagement issues that bedevil American companies.

In a year wracked by Covid, racial strife and polarization, communicators are looking to the Biden-Harris administration to help advance the workplace by supporting people-focused efforts, such as boosting DE&I, employee engagement and worker protections.

The reality, though, is that the true impact of Joe Biden being in the White House on everyday life and work is, at this point, only conjecture, particularly as Donald Trump continues to contest the election results and Biden is still two months from taking office.

“Trump needs to concede so we can turn a page and be in a position to get some work done for all Americans,” said BerlinRosen senior VP Janna Pea, who focuses on issues including social impact and racial justice. “With all that is going on in the country and globally, we need to move forward to be able to get meaningful work done.”

But polarization didn’t end with election season, particularly surrounding diversity and inclusion and the resurgence of the Black Lives Matter movement.

“Half of America still voted for the losing side, and there are some very, very passionate folks still showing up at the workplace,” said Jonathan Jordan, a senior VP in Edelman’s employee experience practice, who leads the firm’s US DE&I work. “A lot of clients are (adopting) the message, ‘Bring your whole self to work.’ That includes people’s politics.”

Cydney Roach, global chair of Edelman’s employee experience practice, said demand for services surged pre-election as companies sought help to devise messaging and action plans around “issues that mattered to their specific employee group.” DE&I, immigration, health & safety and ESG are all hot-button issues that company leaders are increasingly expected to address while also, in some cases, being nervous about doing so, given their partisan nature.

In a September Edelman survey, 35% of 2,000 US respondents said they were concerned that the advancement of Black and brown people would impede their careers. “There is fear around Covid, fear about racial injustice … still a lot of fear about race in this country … and that’s not going away over night because of the administration," Roach said.

“Regardless of the outcome of the election, the polarization will persist. That hasn’t been solved,” said Margenett Moore-Roberts, chief diversity and inclusion officer of IPG Dxtra (the holding company’s PR and marketing group).

Biden’s selection of Kamala Harris, a woman of color, as his running mate is important symbolically and in reality: It is possible the administration's commitment to D&I could spill over to business.

However, Moore-Roberts said, “It doesn’t change that we still have to teach people to embrace change … and celebrate differences.”

Yet there are small glimmers of possibility, given the expectation that Biden will reverse Trump’s restrictions on diversity training. One large company has already rebooked a January speaker whose appearance was scrapped to avoid conflicting with Trump’s September executive order.

Communicators say they expect having Biden and Harris in office to benefit individuals in the workplace in other ways, too.

Expect the new administration, for instance, to uphold the employee protections that Trump sought to dismantle, as well as workers' right to organize. ROKK Solutions senior advisor Kristen Hawn said the new administration will also affect individuals due to a Biden White House being likely to promote — even expect —companies to invest in employees and communities.

“It will be important that companies communicate what they are doing along these lines and make sure that this administration knows that they are taking steps in the right direction to improve lives in the communities,” Hawn said.

“Large employers are just as much a part of the success of our economy (as small businesses) and they often provide long-term stable jobs for millions of Americans who grow up in these companies. And so their politics are very important to the livelihood and wellbeing of their employees,” she said.

Pea foresees a lift in employee engagement. “2020 has been a year like no other,” she said. “People are balancing childcare responsibilities, caring for parents, working in spaces not meant to be long-term offices, and trying to manage the fatigue that comes with all of the uncertainty and stress. It’s forcing conversations about how employers can do more to support their employees and help address burnout, like enhancing mental health coverage and offering practices like yoga and meditation.”

And Hilary Rosen, SKDKnickerbocker vice chair and a Democratic strategist, said she expects the new administration to be aggressive in putting pressure on companies to tackle social issues such as equity and cleaning up supply chains.

However, Rosen said she believes that, in the big picture, not much will change for companies, as they are already “way ahead of the government” in tackling problems like bias. “We have seen increased engagement on societal issues … and that’s as much due to demands from their own employees and customers (vs. government). They just need smart guidance, and that’s the opportunity for agencies,” she said.

“PR professionals probably spent the last three and a half years worried about Donald Trump tweeting about their company. We’re not going to see that with Joe Biden. His is a class act with a mature and experienced team who want to make Washington work,” Rosen said.