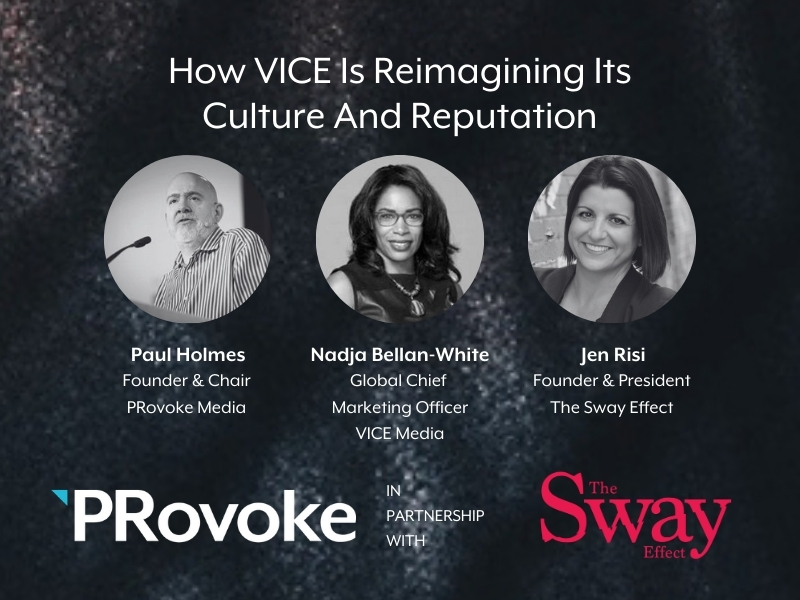 In 2017, Vice Media's co-founders acknowledged the digital media company had a "boy's club" culture that was uncomfortable for women — and actions were being taken to mitigate this. Since then, the media company has introduced a female-driven executive team including CEO Nancy Dubuc, alongside acquiring female-focused powerhouse Refinery29. Last fall, Vice brought on its first global CMO Nadja Bellan-White, a marketing and advertising executive.

In this conversation, Vice CMO Nadja Bellan-White joins Paul Holmes and Jennifer Risi, the Sway Effect’s founder & president, in a discussion on how Vice is reimagining its brand and expanding its reach in the ultra-competitive digital media space. The provocative conversation also explores the ever-changing role media plays in culture and how US media are calibrating to a truly global world. The group also takes a hard-hitting look at diversity and how to tell the difference between hollow efforts at DE&I and ones that are designed to make to make a real impact. 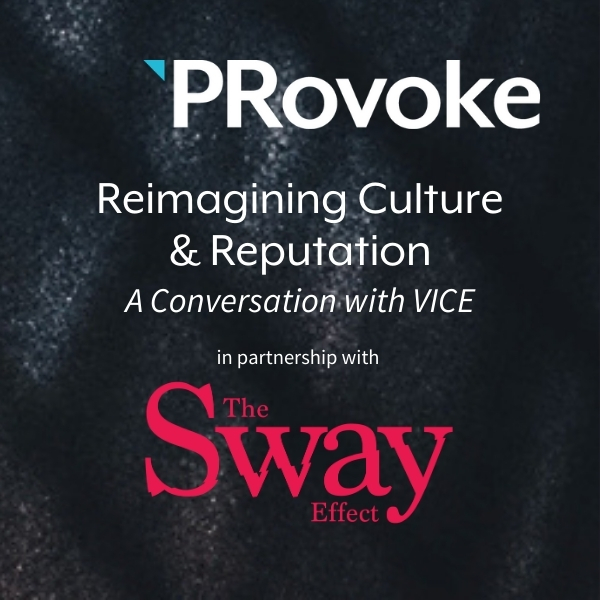