Please refer to our Privacy Policy for important information on the use of cookies. By continuing to use this website, you agree to this.
Home Latest A-P Digital Innovation Roundtable: Covid-19 Lessons Must Endure Beyond Pandemic 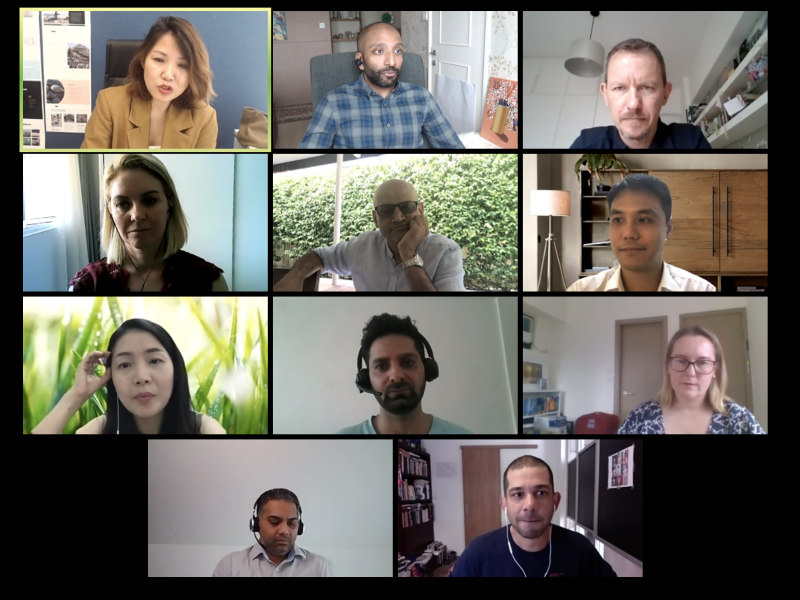 Discussion with in-house APAC leaders examined the positive developments to have emerged from 2020’s crisis and cautioned against short-termism.

The majority of people working in marketing and communications would be likely to agree that Covid-19 has, to a greater or lesser extent, made their professional lives more difficult. Yet it has also served as a perversely positive force in that it has compelled people to think differently and often more creatively, and businesses to speed up much-needed improvements that might otherwise have taken years to implement.

In a Next 20 roundtable that brought together nine of Asia-Pacific’s leading marketing, digital and communications executives, in conjunction with Zeno Group and APACD, the overriding sentiment was that 2020 has demonstrated the value of swift action over the quest for perfection. Participants also agreed that lessons learned during the pandemic will likely remain relevant for many years to come and should not be cast aside once the pressure of the situation relents.

Inevitably, some organisations have been better prepared for change than others. For nonprofits such as the Alliance to End Plastic Waste, Covid-19 has been a spur to “get digital really, really fast”, said Jessica Lee, vice-president of communications. The fledgling organisation lacked “a proper digital channel” and staff with the relevant skillsets, meaning a complete overhaul was needed. As traumatic as the process was, leapfrogging to focus on digital as opposed to offline communications raised engagement levels and opened up new audiences, Lee said, calling it an “amazing journey” that has “really made us better”.

For logistics company UPS, which had already embarked on a digital transformation programme, the situation has seen productivity levels among staff rise outside the office, and has helped the company sharpen its messaging. Particularly in the early stages of the pandemic, many firms were wary of promoting their products and services for fear of seeming insensitive. UPS saw an opportunity to highlight its value proposition by reassuring the public that it would ensure essential supplies such as food and toilet paper would continue to find their way onto shelves.

Everyone was “freaking out”, said Nikki Taylor, marketing growth strategy director for Asia-Pacific. “I said, we’ve got to tap in on this, be the voice that says, calm down—you might not get the brands you want, but you’re not going to go hungry.” She added that the circumstances gave way to some “wonderful stories” which when distributed on social media have helped UPS strengthen its brand position while avoiding “cringy” generic messaging about all being in this together. It has largely been a case of returning to core values and linking that to new products and experimenting with new channels ranging from online events to a digital access platform.

Taylor said the approach has resulted in a virtuous cycle where strong business has led to increased or at least renewed budgets. A key aim is giving new customers a reason to stay with UPS long-term.

Dole, the US-based fruit and vegetable producer, has also taken the opportunity to introspect, in part reassessing the way it operates and in part its reason for operating. It has meant a move away from hierarchy and silos to “a mission-based team and sprint approach”, said Rupen Desai, global chief marketing officer.

Desai raised debate around the term “transformation”, stating that he sees “change” as more representative of what most companies are going through. Arguing in favour of the former, Zaheer Nooruddin, head of digital transformation and digital experience at Shiseido, noted that “change can be very fickle: you can go one way or the other, back to your old habits…but with transformation, you can’t go back. It’s about changing and not being able to go back.”

Desai said the pandemic has prompted Dole to put more emphasis on sustainable and responsible practices. He expressed hope that companies would start to act according to more than just profit.

Covid-19 has disrupted companies such as LinkedIn far less than non-digital counterparts, and Linda Lee, director of communications for Asia-Pacific and China, pointed to a “digital divide” that threatens to leave some companies and individuals far behind. It signals an opportunity for others to help bridge the gap, and indeed there has been a dramatic rise in the number of “engaged learners” on LinkedIn—people looking to develop new skills, often to avoid being left behind. She referred to the current situation overall as one of “digitisation at scale”.

Many business leaders are only “transforming” now because their business models have changed, noted Mayank Chaddha, head of digital and brand experience for Asia-Pacific at Oracle. “Now it’s suddenly urgent.”

The same is true for marketers, who often still simply try to transfer online everything that was previously conducted offline. Rather than simply thinking in terms of digitisation, Chaddha advocated prioritisation—of activities and audiences. Above all, he sees the present time as one that should give rise to more purposeful marketing, and hopefully more “responsible business leaders”.

There is reason to hope. “There are a lot of people who are changing their belief system, because of the deep impact that they are feeling not just from personal events, but generally the way things work,” said Arnab Roy Choudhury, global communications lead, trust, data & resilience, at Standard Chartered Bank. Describing the banking sector as a “dinosaur” when it comes to technology, Choudhury noted that the pandemic forced Standard Chartered, like many others, to adapt to remote working “overnight” where such a move might otherwise have taken five years. It also “helped us prioritise which parts of the job to focus on in terms of critical enablement,” he said.

“All of this has forced us to take a more responsible view. I think all of the business leaders are now changing their mindset to [one of] progress over perfection—something that has completely paralysed banking, because we are so used to making everything perfect before we can transition that we never get to that space because something else has then changed.”

While in agreement with the need for such thinking, Penny Davis, director of brand, customer and corporate affairs at Bupa, said she doesn't think digital transformation has made discussions around the prioritisation of resourcing and funds easier. “I think there is actually now even more to do and more choice,” she said. “Our experience is very much that we need to prioritise and accelerate a lot of work that we hadn’t prioritised in the past.” From a product perspective, she sees the need to take things to market more quickly, especially assuming that it will help people be healthier. From a communications perspective though, she sees the balance moving from external to internal, and from talking to listening. “In our region, that has been a much-needed shift,” she said, but questioned whether it would last.

David Lian, managing director of growth and innovation for Asia at Zeno, echoed Davis’ point about possibly talking less loudly. “The part of communications that is sometimes underplayed is, how do we listen better, and how do we use the data that we have,” he said.

Shiseido’s Nooruddin took a rather different view. Like UPS and Standard Chartered, Shiseido had been shifting to a digital business and communications model before the pandemic hit. In any effort to transform, the customer should always be the guiding principle, Nooruddin said. “As soon as you lose that point of orientation, it becomes really challenging to execute or make sense of anything because you don’t know where you’re going,” he noted. Like others, he expressed hope that the pandemic would spur brands to reflect on how their actions, including communications, could be better for society, but added that he was “not too optimistic at all about where we’re going as a species”.

Nooruddin asked that people look beyond the pandemic, as difficult as that might be. “Three years, four years from now, what do we really want our businesses to look like?” he asked. “Let’s start planning now. We shouldn’t just be changing or transforming because of what’s going on this year.” 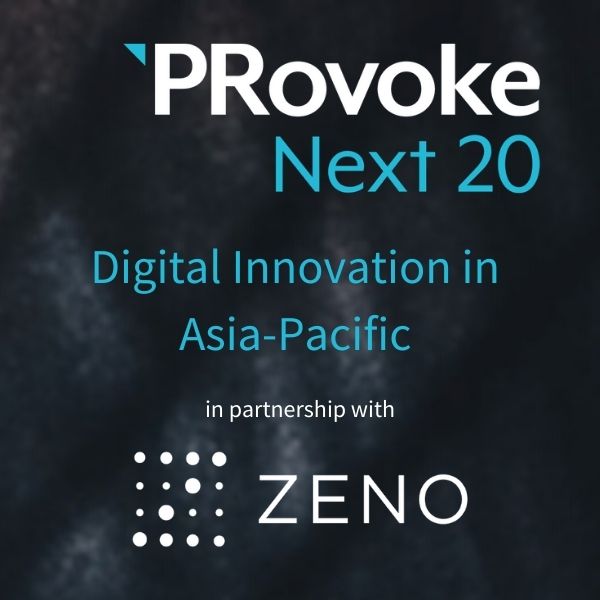