Please refer to our Privacy Policy for important information on the use of cookies. By continuing to use this website, you agree to this.
Home Latest ADNOC's Omar Zaafrani On Using Communications To Transform An Oil Giant 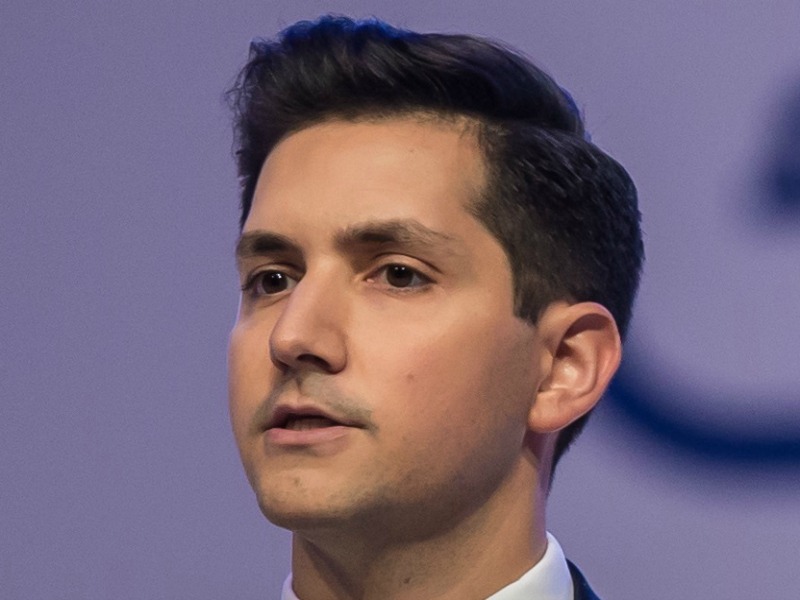 Comms is at the center of the Abu Dhabi oil giant's business and brand transformation.

As head of group communications for the Abu Dhabi National Oil Company, Omar Zaafrani has had a particularly complex brief since joining the state-owned company in 2016. Leading the nearly 50-year-old company’s first comms team, Zaafrani has played an integral role in the company undertaking a full-scale transformation — and getting buy-in from a diverse range of stakeholders.

“ADNOC has been for quite some time very much perceived as a sleeping giant. It is an organization that has operated comfortably without having to expand and operate outside its comfort zone,” Zaafrani said. In an interview with the Holmes Report, Zaafrani discussed why communications is critical to ADNOC’s success in changing that mentality, how 50,000 employees embraced change, and how the company is working with the media after nearly five decades of silence. An edited transcript:

The transformation of ADNOC underway is pretty radical, making buy-in from stakeholders critical in its success. What role did communications play in driving the business decisions that put the company on this path?
Our CEO (Sultan Ahmed Al Jaber) has prioritized communications, which is a driver of the transformation and definitely not a passenger on the journey. Communications has been essential in driving change, communicating change and engaging employees. The shift in culture that this organization has gone through really required transparency, clarity and proactiveness and buy-in, and also engagement. You are not going to move your company forward without the inspiration and commitment of your people.

How many layers of stakeholders have you had to target through communications, given not only ADNOC’s size but stature as a state-owned company? How different were your strategies to reach them?
I would say we have a quite complex map of stakeholders and audiences — the leadership, people of the country, potential partners and investors. Internally, we have employees who operate within offices and employees who operate on sites with limited access to computers and technology, which really require a different approach to communications than those who can be engaged in offices. We are an organization of roughly 50,000 people across 17 languages and 50 different nationalities.

We always communicate internally first about the journey that we are on – the focus, people performance, profitability and efficiency. This is the foundation around which our transformation campaign was built on. And it wasn’t just a top-down approach, but bottom-up. For employees, we set up an ideation platform, and members of the organization, 50,000 of them, had the opportunity to contribute ideas — crowdsourcing. We had over 4,000 ideas submitted, of which 250 were implemented. When you are driving change, you need to give employees a vested interest and empowerment. That helped.

For longtime employees, some of this must be jarring. What is the role communications play in reassuring them that things are going to be OK for them?
In any time of transformation or change you have a group of people who prefer the status quo and a group of people who are waiting for change. How do you incubate the state of mind where they don’t fear change and rather embrace that? Culture change is fundamental to that. We never say the change is done. We are constantly on this journey of transformation. We message it. We are going to be leading change in the organization that is going to contribute to the livelihood of the nation. It’s a long journey in a compressed period of time.

One of our big transformation pieces is unifying the ADNOC group subsidiaries under one unified brand.  We did this not only to create unity, but also a family mentality within the organization. We wanted a culture that is collaborative and works together on a united vision and mission. When we started going through the rebranding exercise, we engaged employees again (on selecting company values). We had 50,000 votes from 20,000 employees — roughly half the organization engaged in (choosing) the values of our new brand identification. And the number one value they chose was progressive, which clearly demonstrated our messaging had effectively penetrated the state of mind of the broader organization. The others were collaborative, respectful, responsible and efficient. A lot of the values that were chosen underpinned the fundamental narrative of our transformation.

Transparency is another hallmark of the transformation.
ADNOC was a black box that rarely communicated to the outside world. Media used to send a query, but they knew ADNOC was not going to respond. But the wires and the trades and the CNNs of the world are very engaged in the process (of transformation), and they need to understand what we are doing and why we are doing it. It’s all part of our 2030 strategy to maximize and drive value, and partnership is fundamental to that. As we open the business to new partnerships, we want people to understand what we’re doing and where we’re going and where opportunity exists. Because of the level of transparency and how forthcoming we have been, they understand the rationale, and understanding is in the business interest of business. We effectively communicated, and conveyed and controlled the narrative.

As a state-owned business, did you have a particularly vested interest in reaching the public, too?
In terms of challenging audiences, it was initially quite interesting (targeting) the broader communities. What ADNOC represents for Abu Dhabi and the UAE goes beyond any other organization. This is the organization that has built the infrastructure and healthcare system, and has been the driver behind the diversification of the country.  That’s what makes our audiences so complex; Every organization has to face public opinion, but here the scrutiny is far greater because of the role of the organization. Because they have been so accustomed to a certain type of organization that operates steadily and doesn’t take any drastic turns, it was quite surprising that we didn’t face much criticism but support. (That is) because the rationale, how and why we are doing what we are doing, is very logical.

Yet the transformation did cost some people their jobs.
We did, in the first part of our transformation, have some redundancy … and we were transparent about it within the organization. We were clear about our intentions, that we were going through an optimization exercise. But we tried to provide as much support as possible to our employees who were moving on. We provided them with access to recruitment agencies, and (professional) development, and as much direct and indirect support as we could during this transition.

ADNOC has been billing the transformation under the tagline of ‘one vision, one brand.’ What is that one vision?
Our vision is, "We will harness our natural resources in the service of our nation." We paraphrased a quote of the founder of the UAE, the late Sheikh Zayed bin Sultan al Nahyan. We're proud that ADNOC is so closely tied to the history of the UAE and his vision. It's natural that we honor his legacy in our new branding.

Which PR agencies are you working with on this undertaking? For how long have you been working with them?
ASDAA Burson-Marsteller, since 2017; Teneo Strategies, since 2017; APCO Worldwide since 2016. Until a year and a half ago, there wasn’t any need (for agencies) because the organization didn’t communicate as extensively as it does now. Now we are asking international investors to invest in an organization that they may have never heard of before and not sure of who we represent. The transformation story gave our partners a lot of confidence.

Given ADNOC’s role as a state-owned company, what’s your feeling on keeping the business and its leadership local?
We believe by bringing in partners we can see value added. ADNOC historically has always had partners but mostly upstream, in areas like exploration. What we are doing differently now is looking at different (partnerships) to fundamentally strengthen us, and to attract technology and capital and improve market share. There is a very strategic rationale behind bringing in more partners in our business. Among senior executives, expats are still a minority. But in ADNOC distribution, we did bring in international experience to help drive the business with people who have done this before.

You are building a relationship and using the media at a time when some are moving away from doing so.
When you are driving transformation, keeping (the public) abreast of the change and informed of the rationale is a critical success factor. I believe that if you keep people in the dark, then you give them the opportunity to fill the vacuum with their own narrative which would be an uninformed narrative. By involving them, communicating each step of your process at least allows them to write an informed story as opposed to relying on hearsay. What’s important is an understanding what we’re doing, why we are doing and that the information you have is factually correct.