Please refer to our Privacy Policy for important information on the use of cookies. By continuing to use this website, you agree to this.
Home Latest Analysis: Ghosn Must Balance Ego, Emotion & Objectivity To Restore Credibility 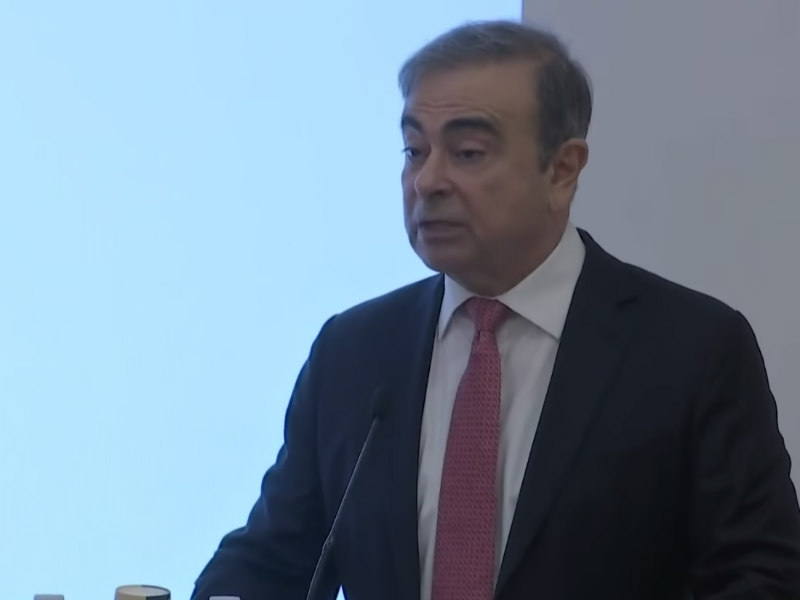 The fugitive former Nissan chairman’s bombastic press conference deflected attention onto Japan’s legal system but also polarised opinion. He now needs to tread carefully if he is to fully clear his name in the public arena, PR experts say.

While at the helm of Nissan, Carlos Ghosn, though charismatic, tended to favour a polished, rather impersonal approach to communicating. That went out of the window at his press conference in Beirut last Wednesday. In his first public appearance since escaping from Japan, where he had been detained since November 2018 on charges of corporate malfeasance, his emotion was palpable.

Displaying little humility despite his fugitive status, he likened the Japanese justice system to one that “violates the most basic principles of humanity”. Explaining his decision to flee, he pointed to a rigged system that involved a “staged arrest”, illegal collusion between Nissan and prosecutors, and a strategy of dehumanisation. Naming those he alleged plotted against him at Nissan, he described himself as becoming “a hostage of the company I served for 17 years”. In a particularly controversial statement, he compared his downfall to Japan’s attack on Pearl Harbour in 1941. He also underscored at length Nissan’s dismal performance under new leadership.

A skilled orator, Ghosn remained lucid throughout the 2.5 hour delivery, but some communications industry observers have criticised what they saw as an over-the-top performance that aired grievances but achieved little else. It is understood that WPP-owned Glover Park Group and Paris-based Image 7 have helped Ghosn shape his communications strategy.

The dramatic nature of the event, and Ghosn’s desire to tell his story after being “muzzled”, were fully understandable, says Bob Pickard, currently managing partner of National PR in Toronto. While a press conference is a conventional tactic, it made sense in this case, adds Pickard, who previously led PR firm Edelman in Japan. It carried “suspense and tension” and the format meant it was able to be streamed widely, both on social media and mainstream news networks. Ghosn was also right to explain his reasons for fleeing Japan at the start of his delivery.

It was also important for Ghosn to come across as a “persecuted man, not an untouchable captain of industry”, adds Kevin Bowers, a Hong Kong-based lawyer and consultant on crisis and reputation management. At the same time, as one of the world’s wealthiest businesspeople, waxing at length about his victim status might not have “struck the right chord”, says Pickard. For Trudi Harris, founder of BeKnown PR in London, Ghosn was simply too emotional.

“In PR generally, emotion is a powerful and positive changemaker,” she says. “In crisis management, that is true only if you can harness that emotion and manage it properly. Somewhat ironically, there’s a lot Ghosn could learn from the art of the Japanese bow. An almost negligible movement that conveys deep-felt sentiment in a calm and measured way. There was little that was calm and measured about his press conference.”

The best thing to come out of it for him, she thinks, is that his seamless movement between languages in answering journalists’ questions “reminded us what an internationalist Ghosn truly is”. However, Bowers thinks Ghosn’s main achievement was to “turn the spotlight away from him as a fugitive from justice onto the fairness and credibility of the Japanese prosecutors and judicial system”.

Public response to the press conference, as you might expect, appears to differ according to nationality. One London-based industry observer with ties to Japan is struck by the contrasting opinions in Nissan’s home country and France. In France and indeed much of the world, the assumption appears to be that the Japanese system is corrupt, while in Japan, Ghosn’s flight is seen as an admission of guilt.

A source familiar with Ghosn says that while he does have sympathisers in Japan, it may prove impossible to repair his image there. It is unclear how much of a priority that is for Ghosn, although he did take pains to state his liking for Japan as a country, the legal system aside.

Another source close to the situation says that perceptions from within Nissan are likely to be varied. Some see Ghosn’s credibility enhanced as a result of the conference while others “continue to feel betrayed by him” or saw little new in his statements. The source speculates that Ghosn is likely to sue Nissan, while the company hopes the situation “will fade away”, allowing it to focus on the future.

It is likely to take considerable time before things return to normal at the carmaker. “Ghosn’s comments could be corrosive to commercial confidence in Nissan, which appears to now be on the verge of decoupling itself from some of its former CEO’s grand global designs,” Pickard says.

A bigger issue might be keeping and attracting talent. In one example of a high-profile departure, the company’s former GM of global communications, Takako Ohyabu, recently left after just one year, having joined as the scandal unfolded and after spending more than a decade at GE. She was replaced by existing Nissan staffer Lavanya Wadgaonkar. The communications function has been in flux since early 2018 when Jonathan Adashek left his chief communications officer post for the Renault-Nissan-Mitsubishi Alliance. He was followed by Amanda Groty, then GM of global communications, a few months later.

“I think [the Ghosn affair] is a big problem for them,” says one industry observer, noting that the people the company most needs in order to succeed are likely to be deterred by the aura of duplicity and general chaos that the scandal has given rise to.

Ghosn’s portrayal of corporate and legal systems in Japan is also potentially damaging for the country as a whole. In light of the negative political situation in Hong Kong, Japan Inc should have an opportunity to become more attractive to business, Pickard notes. But that advantage is likely to be compromised.

“What Ghosn has been critiquing will be unsettling to multinationals at a time when they are looking to relocate corporate functions from Greater China to more amenable jurisdictions in Asia-Pacific,” he says.

Pickard does not think Nissan or Japan Inc should directly confront Ghosn’s assertions of injustice for risk of giving them “a higher salience than they would ideally like”. Instead, they should focus on building positive narratives around their new CEO and Tokyo 2020 respectively.

But the London-based source thinks Japan has a duty to explain its processes better. Much has been made of the country’s 99% conviction rate, but “what is not explained and should be articulated more clearly is that the conviction rate is high because the prosecutors are so cautious of establishing a case in the first place,” he says.

“I think there is a lot of room for the Japanese prosecutors to do better to explain, and also for external commentators to listen.”

Ghosn’s next move is unclear, but Harris thinks in the short term he should “lay low”, donate to a charity against solitary confinement in prisons, and “lend his voice to the Japan Federation of Bar Associations, who openly stated before all this that Japan’s hostage-justice system undermines the country’s integrity as a democratic nation that guarantees human rights.” He should also begin writing his memoirs, she says.

Ultimately, the reputation as a formidable business leader that Ghosn established at Nissan is likely to remain intact, Pickard says. But with a legal acquittal unlikely, clearing his name is likely to depend wholly on his communications strategy. Twitter could work in his favour if he communicates in a more “authentic, fluent and ongoing manner” than he has in the past, says Pickard.

“Ghosn’s own worst enemy is his ego,” Harris notes, adding that “a great deal could be done” by trusting the right advisors. “We are not going to see him at Davos any time soon representing the global auto industry, but a positive step sideways could be on the cards if he makes the right PR moves.”