Please refer to our Privacy Policy for important information on the use of cookies. By continuing to use this website, you agree to this.
Home Latest Analysis: PR Players Aim To Claim Their Space In The Metaverse 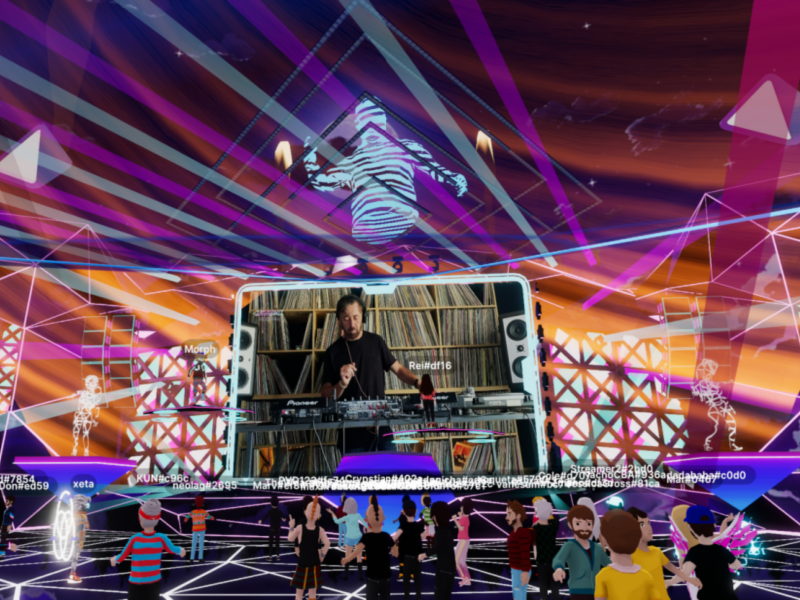 As brands fast-track their moves into the metaverse, industry watchers are urging communicators to proceed with caution.

Text100 (which in 2018 merged with sister Next15 agency Bite to become Archetype) was perhaps ahead of its time when, in 2006, it opened a digital office in the virtual world Second Life.

Helmed by a digital CEO, the tech agency used Second Life for press conferences, employee meetings and more. While the initiative ultimately foundered when Second Life parent Linden Lab was hit by a range of allegations, former Text 100 leaders said there were “massive benefits” to the endeavor, even if those benefits weren't always clear to external observers.

Fast-forward 16 years, and many of the same questions are being asked regarding brand involvement in the metaverse. And while it would be unfair to describe the metaverse as the reincarnation of Second Life — the former merges the virtual and actual worlds — brand involvement similarly hinges on weighing up the benefits and risks, particularly where corporate communicators are concerned.

Ketchum was in on one of the early metaverse marketing coups when, in 2019, client Wendy’s dropped a red-headed, pigtailed avatar into Fortnite, where the animated version of the restaurant mascot spent the next nine hours smashing burger freezers to drive home the message that Wendy’s doesn’t do frozen beef.

The campaign was a major, award-winning hit that rallied gamers big time. Wendy’s rampage amassed more than 1.5 million minutes watched. Tens of thousands of players joined her in the freezer bashing.

But for metaverse newbies, figuring out how brands can carve out their spaces can be daunting. Because while the Wendy’s campaign, for instance, had all the makings of a real-life, experiential event, Wendy, for all intense and purposes, is not real. Nor was the squadron of Fortnite characters that joined her in destroying freezers or the universe — or rather, the metaverse — in which it all took place.

“For any brand or communicator, I think it’s a bit scary because, for a lot of people, you have to throw away the playbook,” said Victoria Gates-Fleming, Day One Agency’s senior VP of digital strategy & creative insights. “This is not about sticking up a virtual billboard.”

Today, a range of brands are setting up virtual shop.

Balenciaga, which sells $995 hoodies to mortals, also sells avatar skins (outfits) to Fortnite players in-game. The retailer Forever 21 built Shop City on Roblox, where users can design and manage their own stores.

Roblox is also home to Nike’s Nikeland, based on the brand’s Oregon headquarters, Hyundai’s Mobility Adventure and Chipotle’s Burrito Builder restaurant. The latter offers a next level take on blending real and virtual worlds; players who earn Burrito Bucks, Chipotle’s Roblox currency, rolling their own burritos can turn them in for items at the chain’s terrestrial restaurants.

Adidas has purchased a virtual plot of land in The Sandbox, a platform that allows users to create games and the like, as well as monetize them using cryptocurrency (more on that below). Gucci celebrated its 100th birthday last year by creating a Gucci Garden on Roblox in addition to its real-life exhibit in Florence.

All of which points to the metaverse being around for the long haul (Facebook, after all, thinks it's a big enough deal that it changed its name to Meta to symbolize its commitment to the next frontier) — and, like it or not, communicators cannot avoid it.

As Gates-Fleming explained it, the allure of the metaverse (besides it being a fun place to hang out) is that the 3D virtual worlds that inhabit it give users the chance to create, own and engage in ways not doable with the internet as most of us now know it.

Unlike, say, social media platforms, which are created and under the watch of strangers, metaverse worlds are “decentralized, community-owned and creator-empowered” communities, where users can create and manage digital identities as well as assets, like games or virtual properties.

“This is a monumental shift in culture,” she said. With that, however, comes risk — for marketers and users alike.

Brands, for instance, can't control whether, say, an unsavory virtual business opens next to the company store or whether consumers hiding behind avatars really are who they say.

“The decentralized nature of the metaverse speaks to a lack of control to communicators,” Gates-Fleming said. “For a lot of people, it doesn’t feel like a safe environment to jump into.”

Today’s big societal issues have taken root in the metaverse, too. Take, equity, for instance. Given its gaming roots, the metaverse is predominantly male. And gaining entry is not necessarily cheap; accessing the metaverse takes a high-end device and a high-speed internet connection.

Bill Burton, founder and CEO of Bryson Gillette, also warns “there are no guardrails,” meaning kids, and young girls in particular, can fall victim to the same sort of toxic content found on social media that has caused them anguish (Burton works with Facebook whistleblower Frances Haugen).

Burton’s own metaverse experiences — which include two young kids approaching him at a digital social event and being prompted to take a lesson in shooting a virtual gun — confirmed misgivings, he said.

Which is why the pressure is high on brands, and the communicators who support them, to get it right. Burton thinks communicators should act as metaverse watchdogs, helping to create and keep it as a place where bad actors are not welcome.

On their end, companies are also doubling down on getting their employees ready to work in the metaverse.

Accenture now trains all new employees (there were 118,000 last year) in the metaverse as part of its onboarding, a program that positions the metaverse as “a continuum of the physical world, not something separate and distinct.”

Stacey Jones, Accenture’s global corporate communications lead, said she sees the metaverse as being an integral part of the comms industry as much as other sectors — and marketers therefore need to do their due diligence.

"Imagine what could happen when communications becomes a 360-degree experience,” Jones said. “You could launch a product or service all around the world at once. You could take your company’s investors on a 3D tour of your new facility or acquisition, or schedule monthly scrums with your entire global communications team. You could hold a press event in a digital twin building without anyone having to travel.

“The time is now to work through how this new continuum will not just fit into, but expand your overall communications strategy, whether it involves reaching consumers, recruiting talent or speaking to your own people. Instead of simply replicating your existing approaches, you have a unique opportunity to experiment and explore—and you may need to break an egg or two to make an omelet.”

And, as if grasping the metaverse wasn’t tough enough, communicators should be mastering crypto, too, as the digital currency gets more broadly embraced in both the real and virtual worlds.

“There are so many ways in which crypto is being discussed and talked about, and there is no shortage of brands in this space,” said Binna Kim, president & co-founder of financial comms firm Vested.

The activity goes beyond the world of financial services. Shoppers can pay the likes of Overstock, Starbucks, and AT&T in crypto. High-profile athletes such as the NFL’s Odell Beckham Jr. are confident enough in Bitcoin (the first and most popular cryptocurrency) that they’ve gotten paid with it.

Crypto also has a positive role, providing people like refugees access to money without them having to have a local bank. Yet because crypto is “more misunderstood than understood,” it still has a bad rap among many who believe the currency is tied to the dark side, an untraceable asset tied to hackers or cyber terrorism.

“Crypto is an area that can be quite complicated and is often misunderstood. It’s going to demand a lot on the part of communications professionals to really understand what it is and how to represent it in a meaningful way,” Kim said.

“My advice to communicators is get educated because if you’re not in cryptocurrency yet you will be,” Kim said.