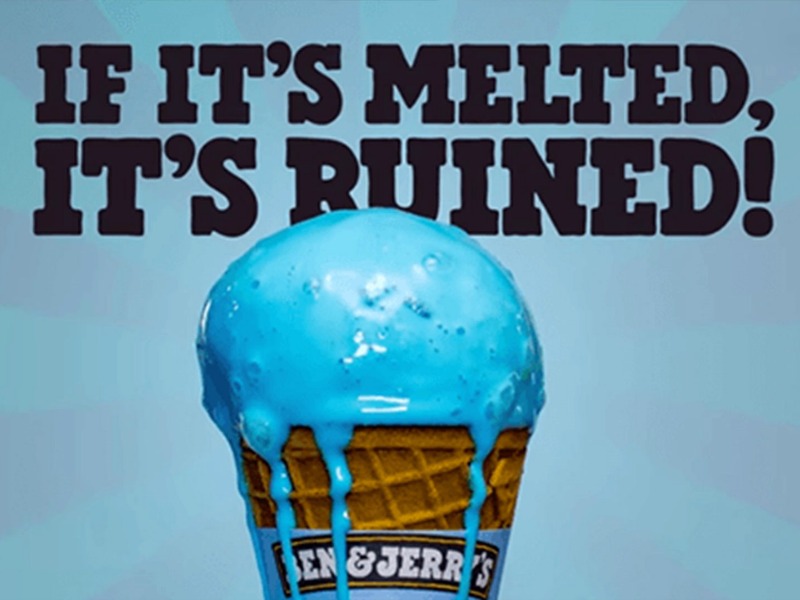 “Pissing off some of your customers is one of the smartest decisions you can make,” Christopher Miller told the Sustainable Brands conference in Madrid.

MADRID—“Pissing off some of your customers is one of the smartest decisions you can make,” Christopher Miller, social mission activism manager at Ben & Jerry’s told the Sustainable Brands conference in Madrid this morning, as he provided audience members with tips on “How to Become a Brand Activist.”

Citing the ice-cream company’s almost four decades of social activism, he said: “When you make a decision to speak out on LGBTQ rights or on climate change, by definition you are taking a controversial position, and some people won’t like it. We are told all the time that we should just stick to making ice-cream.”

Pointing out that companies are on their way to replacing nation states as the most powerful force in society, he predicted that corporations would need to address social issues more than ever before. And for companies that do engage in brand activism, the payoff comes in three forms: “We can drive social change on issues that really matter to us, we can drive real business results, and we can see benefits in the way we engage and retain talent. Our employees take tremendous pride in this work.”

Having said that, he warned that companies should be wary of launching into brand activism with a focus on traditional return-on-investment measures. “If you create activism campaigns to generate ROI you end up with something like the Kendall Jenner ad. If you do it in an authentic, credible way, it will ultimately be good for business.”

“The typical cause marketing campaign starts with who are my fans or consumers, what’s important to them, and how do I create a campaign that engages them And that results in building brand equity.” He pointed to Avon’s longstanding commitment to the fight against breast cancer, an issue close to the hearts of the brand’s consumers.

That approach was based in the philosophy of Ben & Jerry’s founder Jerry Greenfield, who believed “the most powerful bond you can make with your consumers is around a shared set of values.” As a result, said Miller, “We take a strong stand on things that we believe. We take that stand and we act on our values—the things we believe. And then we invite our fans and customers to come along with us on that journey.”

One recent example is the company’s 18-month Campaign for Climate Justice, which kicked off at the first People’s Climate March in 2014 and culminated at the COP21 talks in Paris last year.

“We went to Paris with the idea of engaging our fans. We brought our content team, and we were producing multiple videos a day, multiple blog posts a day—all with the idea of driving people to make a difference.”

The content ranged from an ad from an declaring “THERE IS NO PLANet B” to a video showing a melted ice-cream to depict what can happen when something is “just a few degrees warmer than it should be.”

“We have the ability through our digital and social channels to test creative and figure out the best way to drive people to take action,” said Miller, explaining that the company took the same kind of measures to ensure effectiveness in its social activism as it would in any marketing activity.

And the climate justice campaign was effective—of all the petitions presented at the COP21 meeting, the ice-cream company provided 10% of all signatures. The campaign generated 350 million impressions and 1.6 million social media engagements, and it also led to an 11% increase in the number of consumers who said they knew about the company’s social mission—a critical metric because those consumers are 2.5 times more loyal than those who don’t know anything about the company’s purpose.

That’s why Miller believes others should follow the Ben & Jerry’s lead: “You don’t have to have a 39-year heritage doing this kind of work. There’s a real opportunity here for companies and brands to be a part of driving social change while building stronger bonds with their fans and consumers.”