Please refer to our Privacy Policy for important information on the use of cookies. By continuing to use this website, you agree to this.
Home Latest Benioff: 'Technology Has Never Been Good Or Bad. It's What You Do With It That Matters' 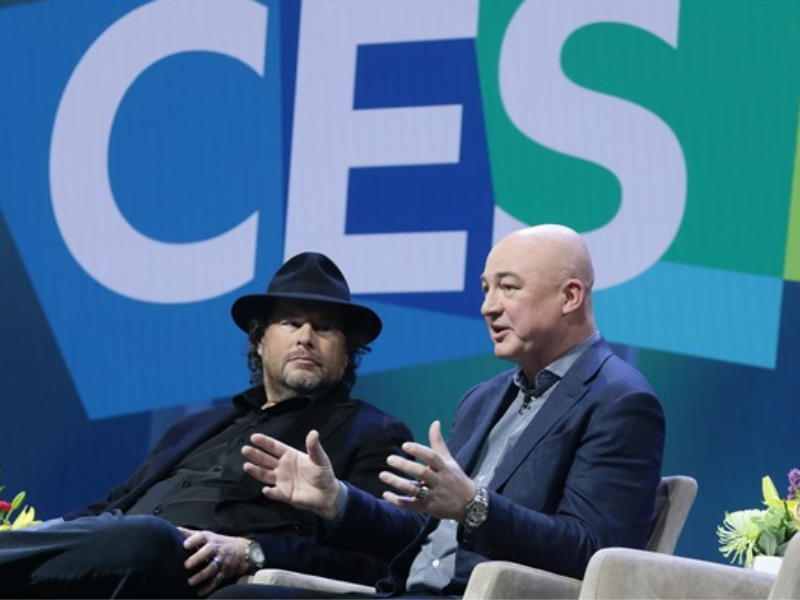 Benioff: 'Technology Has Never Been Good Or Bad. It's What You Do With It That Matters'

In a far-reaching discussion at CES in Las Vegas on Tuesday, Salesforce's Marc Benioff and Unilever's Alan Jope underscored the importance of companies promoting the greater good — and technology's role in achieving it.

LAS VEGAS — With CES as a backdrop, two big-league CEOs — Salesforce’s Marc Benioff and Unilever’s Alan Jope — said on Tuesday they believe that technology will ultimately be the linchpin that enables businesses to attain their mission-driven goals.

“Technology has never been good or bad. It’s what you do with it that matters,” Benioff said, explaining that it’s incumbent upon companies to use their power to benefit the larger community. “Businesses also are not good or bad. But businesses have to be a platform for change.”

Benioff’s comments were part of a larger CES keynote discussion with Jope and MediaLink CEO Michael Kassan about companies’ growing role as drivers of change and the role technology plays in enabling them to do that.

Benioff, who founded Salesforce in 1999, and Jope, who was named Unilever’s CEO last January after 30-plus years with the company, said that while operating with purpose has only recently become a mainstream business model, both their companies have been functioning that way since their inceptions.

For Salesforce, that included the company pledging at launch to donate 1% of its equity, profit, product and employee time to charity — which has resulted in hundreds of millions of dollars in grants to benefit the likes of public schools and 4 million volunteer hours, he said. Throughout Unilever’s history, which dates to the mid-1800s, the company has demonstrated its commitment to its mission — making cleanliness commonplace – through acts such as building workers a modern village to live in and making sure employees who fought in WWI had jobs to come back to, while also continuing to pay their salaries in their absence.

“One of the reasons for the enduring success of Unilever is building up the trust by showing we care about things other than profits,” Jope said.

That idea of caring about things other than profit was a continual theme of the conversation, as Benioff and Jope reiterated the importance, and larger impact, of putting the needs of all stakeholders (including the planet) above those of shareholders — although they, too, often profit from business taking care of employees, consumers and communities in addition to investors. “This is good business. These are markings of high-performance culture today,” Benioff said.

In recent years, Salesforce and Unilever, which have a professional relationship (the majority of Unilever’s customer service and employee experience platforms are based on Salesforce technology), have partnered on furthering their shared goal of promoting positive change, most notably on a food waste-reduction project.

Both companies have a number of their own initiatives underway as well. Salesforce, for instance, has made pay equity a priority, making adjustments to achieve gender parity over four years, and is a big funder of public schools.

Unilever wants to build a truly diverse workforce by attracting individuals with disabilities. It is also tackling some of today’s most pressing problems — climate change and social injustice among them — by shoring up its supply chain.

Both of which could be greatly advanced by technology, Jope said. Building a workforce that includes individuals with disabilities is largely dependent on offering inclusive technology — equipment configured to enable people who are physically, visually or hearing impaired, for instance, do their jobs.

Technology is also key to having a truly sustainable supply chain, he said. Unilever, for instance, is currently trying to combat deforestation by certifying that its palm oil suppliers are not cutting down forests to grow palm oil trees. But there is no way of guaranteeing that suppliers continue to abide by those standards without the systems in place to provide continual monitoring, he said.

“Technology is the solution. You have the power to be the eye in the sky — photographs, cell phones, data and prototypes where we can get real-time always-on (information) to insure that the palm oil farmers we are buying from are not burning down forests,” he said.

Advances in technology, however, also give rise to other issues, such as how to most ethically use technology that is more powerful than what we have today, speakers said.

Much of which will be up to business leaders, as chief executives’ roles continue to expand outside the boardroom to deal with the range of issues that go beyond traditional business dealings — issues like purpose, sustainability and technology and, frequently, taking a stand.

“You can expect that there are going to be people who aren’t going to agree with you. But I have to do what is right and in my heart and that is ultimately what being a chief executive is today — or just being a human being on this planet,” Benioff said. “You have to follow your heart and do what’s right.”