Please refer to our Privacy Policy for important information on the use of cookies. By continuing to use this website, you agree to this.
Home Latest Big Pharma Calls On Communicators To Address Covid-19 Vaccine Challenges 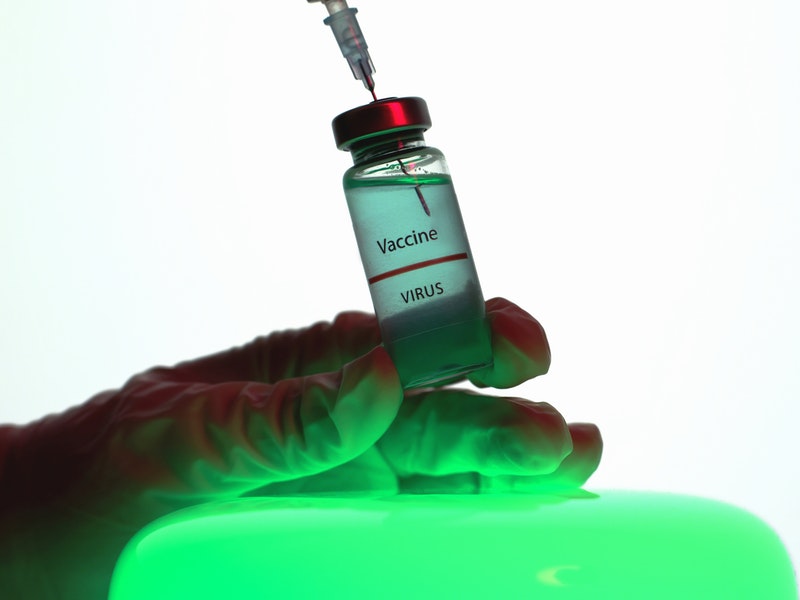 Covid-19 vaccine makers are stepping up PR support as they attempt to overcome a multitude of challenges, including public scepticism and distrust of the sector.

With worldwide hope pinned on a Covid vaccine, drug makers are poised to emerge from the pandemic as heroes, a role that may be unfamiliar for a sector that is perhaps more used to public scorn.

Pfizer and Moderna are already getting a taste of that following both companies’ recent announcements that late-stage clinical trials have shown each of their vaccines to be roughly 95% effective. Trust in Big Pharma is up, furthered by nine companies pledging in September to resist political pressure to release vaccines before they’re proven safe.

“It’s really a once in a lifetime moment for drug companies to do things differently,” said outgoing GCI Health CEO Wendy Lund. “I don’t want this to be the race (among them) against each other. I want this to be a race for the people.”

Unfortunately, though, the communications challenges facing big pharma are far more complex than bringing a miracle drug to market, which is a massive undertaking in and of itself. And those challenges help explain why many vaccine makers have sought to step up their PR agency support in recent months.

PRovoke Media understands that a number of pharma companies, including Pfizer, Moderna and J&J, have been seeking PR counsel focused on the various high-stakes challenges involved in vaccine development and marketing, including political obstacles, public distrust, healthcare inequities and logistical hurdles.

Unsurprisingly, for a highly-regulated sector that is not known for seeking out the limelight, these efforts have been characterised by caution so far. Even reluctance on the part of drug makers, says Weber Shandwick global healthcare lead Laura Schoen, who points to the risks involved. These include the ongoing political drama, along with concerns over appearing opportunistic by cashing in on the pandemic.

“They want to protect themselves,” said Schoen, who also serves as chief healthcare officer of IPG Dxtra, the holding company’s PR and marketing group. Another reason for shunning the limelight: “They know the more it’s discussed the less likely people will be to take it."

The 'vaccine hesitant' and other challenges

Taken as a whole, the efforts suggest a complex and multi-faceted range of communications issues, involving the full range of stakeholder groups: consumer and patient education, public affairs, government relations and B2B engagement.

Some of the issues may be beyond the best efforts of the pharma industry. After all, a chief proponent of anti-science thinking still sits in the White House's enormously influential bully pulpit.

Throughout the pandemic, Donald Trump, while purposely downplaying the threat of Covid, has stoked his supporters’ rebuke of measures like business shutdowns and mask-wearing to control the spread of the disease (all while hosting super-spreader events and contracting the disease himself), as well as discrediting the likes of Dr. Anthony Fauci, the country’s top infectious disease expert, who has been critical of the administration’s handling of the crisis.

After failing to deliver on his promise of a vaccine before Election Day, Trump continues to inflame the situation, claiming that the post-election timing of Pfizer’s vaccine announcement is tantamount to political sabotage. Health leaders warn that Trump’s refusal to participate in transition talks with President-elect Joe Biden is impeding efforts to control the spread of the virus at a time when it is surging.

“It’s a complex problem. You need to scale dramatically, which has all sorts of implications. It’s pharma, biotech and integration between both of those, and it’s logistics and administration and delivery. It’s a huge challenge,” said Harris Poll managing director Rob Jekielek. “If you don’t have enough people taking the vaccine, even if it’s 94% effective, it’s going to be a big problem.”

“The opportunity to be in the space for comms companies is going to be vast,” points out Finn Partners MD of global health Gil Bashe. “The industry of Covid is in its genesis.”

Yet, despite the much touted breakthroughs over the past week, convincing people to be inoculated against the coronavirus is perhaps going to be the central challenge, at a time when anti-vaxxer sentiment runs dangerously high, abetted by major political figures, celebrities and other influencers.

But while anti-vaxxers might grab the headlines, it is the "vaccine hesitant" that are troubling public health experts. An October STAT-Harris Poll survey found the share of Americans interested in getting a vaccine as soon as it becomes available is dropping (58% vs. 69% the month before), and the decline is more pronounced among Blacks than whites.

A survey of 1,954 adults from the same organizations done earlier this month found six in 10 Americans wouldn’t get vaccinated unless doing so would cut their risks of contracting Covid in half, which could have implications for individuals less likely to take or have access to more effective vaccines like those produced by Pfizer and Moderna. Both those vaccines require two doses.

ReviveHealth is also exploring the issue, conducting a study of 800 Americans that found there’s widespread consumer skepticism, with less than one third of consumers confident in a vaccine’s safety and effectiveness.

The firm’s survey of 370 nurses and physicians — whom patients said they would trust most in determining whether a Covid-19 vaccine is safe enough to have —  was more jarring, showing clinicians are as skeptical as patients. Just 31% of respondents said they’d like to be included among the first wave of vaccine recipients; 15% said they would not get it at all.

“I would argue that if you can’t get doctors and nurses to take this, we’re in real trouble,” said ReviveHealth CEO Brandon Edwards.

“Consumers make decisions based on a lot of inputs. If (doctors) don’t express not just endorsement but unqualified endorsement, the odds are you are not going to do it,” continued Edwards, adding that communications targeting the healthcare workers that will be administering vaccines will therefore be critical to its success.

There are other impediments too, including sociological issues that could impact who has access to inoculations — and is willing to take it.

Black Americans, for instance, are at higher risk of contracting Covid than whites, yet have less access to health insurance and preventative care. Specific messaging is required, with Jekielek noting that personal stories are more effective than statistics.

Experts and scientists also have to learn how to communicate to everyday people in ways they understand to effectively deliver their Covid messages, said Bashe. “We need to take an approach that rallies the people to science again and respects science,” Bashe said.

Communicators can also expect to be tapped by the government health agencies charged with buying and distributing Covid vaccines to help them connect with the range of populations, particularly those at higher risk of contracting the virus.

“Hope is part of the communications model”

Lund said vaccine communications will need to be nuanced to be effective, given the challenges governments, healthcare providers and pharma companies face in breaking down barriers making some communities more resistant to being vaccinated than others.

That also goes for the misinformation surrounding vaccine efforts. “It’s going to be really important with the vaccine that people are going to get the right information at the right time through the right sources,” Lund said.

“This isn’t a time to beat our chests. People are going to realize that these companies are rising to the occasion,” Lund said. “It’s more about showing the care of people affected by Covid, showing empathy for healthcare workers doing their jobs."

Given the immense task at hand, Lund believes that an enormous amount of communications collaboration is required to support the manufacturing, distribution and acceptance of Covid vaccines. “There are so many aspects and assets that are going to be needed, and so many partners that are going to have to come together and really work together,” she said.

Bashe believes Covid will fuel the PR industry for the next two years, as pharma, medical device, healthcare organizations and governments enlist the necessary help to get populations inoculated.

“I really think that this is one of those cases where it’s not just scale that is needed to help these companies, but it’s actually levels of knowledge on how the public health system work,” Bashe said. “The next step for these companies is not going to be just adding more to the noise but actually (insight and direction) so the consumer can make a confident, comfortable decision.”

Communicators, for instance, will play a critical role in drug companies earning the confidence of governments; in governments getting vaccines into communities and the hands of clinicians; and in demonstrating to healthcare providers that getting inoculated against coronavirus will be safe for them and their patients.

“A lot of people know how to introduce a product. Vaccines are not sold like pharmaceutical products,” added Bashe.

And then there is the issue of managing people’s expectations around Covid vaccines, which not only remain unapproved but could, once available, be limited in availability.

“Hope is part of the communications model,” said Bashe, adding that going public with positive developments, such as the outcomes of Pfizer and Moderna’s clinical trials, can help allay the mental health problems that have risen during pandemic life.

“We are all on the precipice of being Covid patients right now,” he said. “We all need some form of hope so it is socially acceptable for companies to give a sliver of evidence of why they have it.”