Please refer to our Privacy Policy for important information on the use of cookies. By continuing to use this website, you agree to this.
Home Latest Book Your Tickets Now: IN2 SABRE Awards North America On 23 February 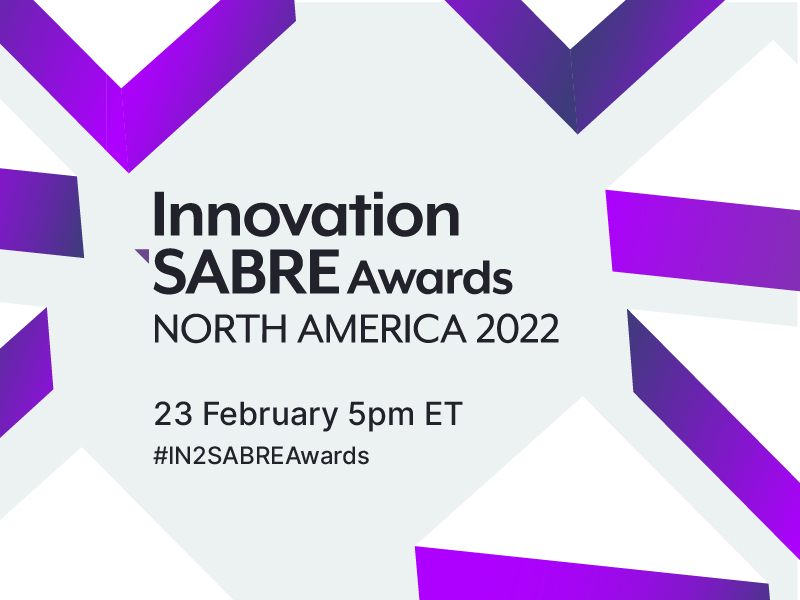 The Innovation (IN2) SABRE Awards North America ceremony will take place on Wednesday 23 February, and will again take the form of a virtual event.

Tickets for the broadcast are on sale now and will be priced to allow all of our IN2 SABRE Awards finalists to attend wherever they may be located. Companies requiring multiple logins are encouraged to consider partnership options by contacting us.

The event broadcast will open at 4.30pm Eastern Time before the show starts at 5pm, running for no more than 60 minutes.

Bospar and Ketchum dominate the 2022 shortlist for the North American IN2 SABRE Awards, both racking up 21 nominations on behalf of their clients, across multiple categories in the IN2 SABRE Awards scheme, which recognises excellence in content creation and data insights. Campaigns were evaluated by a jury of more than 38 industry leaders.

Book tickets for the show here.