Please refer to our Privacy Policy for important information on the use of cookies. By continuing to use this website, you agree to this.
Home Latest Brad Dean Wants You To Spend Your Vacation in Puerto Rico 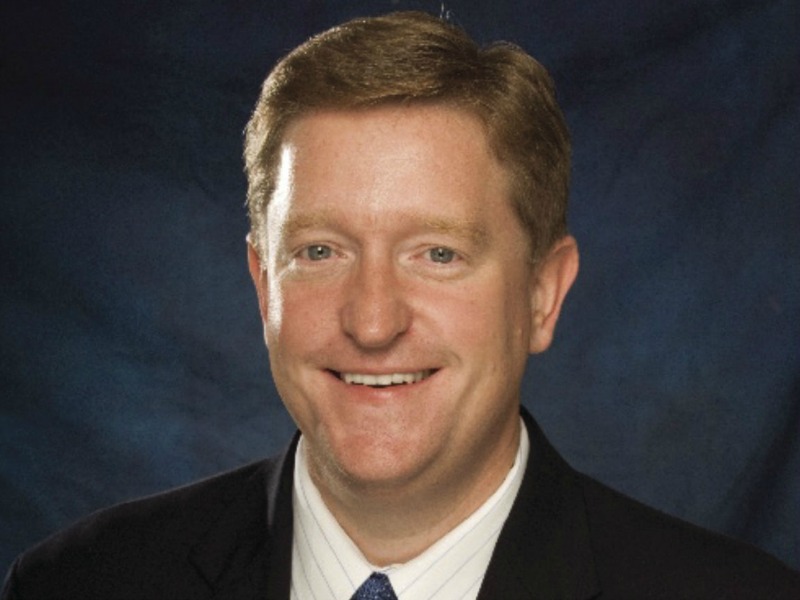 Brad Dean Wants You To Spend Your Vacation in Puerto Rico

The CEO of Discover Puerto Rico tells the Holmes Report about the organization's new PR campaign to rebuild the island's tourist appeal after Hurricane Maria.

Brad Dean has spent much of the last year going to bat for Puerto Rico, showing people that the island is open for business despite the widely held (but outdated) belief that those languid coastal destinations are still wrecked from 2017’s Hurricane Maria. But Dean, CEO of Discover Puerto Rico, knew that would be a particularly tough sell around the one-year anniversary of Maria last September, when the images of a devastated Puerto Rico, pummeled by the hurricane, were sure to resurface.

In turn, Dean and his new team (government-backed Destination Puerto Rico launched last April) worked with Ketchum to create and execute a PR initiative to bring travelers back to Puerto Rico by highlighting the recovery effort — and the people behind it. The centerpiece of the campaign was a heartfelt video highlighting a rebuilt Punta Santiago, the town that gained online notoriety when neighbors’ post-Maria ‘SOS’ plea went viral. The video, covered first by CNN and shared on social media, caught fire, fueling the organization’s #CoverTheProgress campaign, garnering news coverage and sparking a movement. Dean spoke with The Holmes Report about the challenges facing Puerto Rican tourism, the importance of the industry and why he chose PR over advertising. An edited transcript:

What is the larger importance of rebooting Puerto Rican tourism?
We recognize that tourism is a major economic driver. It accounts for nearly 10% of Puerto Rico’s economy and 77,000 jobs. For the recovery to take full force, it has to be led by tourism. And it’s important to have one unified messenger. Our mission is not only to get tourism to pre-Maria levels but elevate the brand and create an era of prosperity. This organization is poised to be transformative.

So the need to revive the industry must be urgent.
It took New Orleans about eight years after Katrina to get back to pre-Katrina demand. Puerto Rico can’t wait eight years. As we look toward the future, we know that Puerto Rico’s recovery is heavily reliant on tourism. It’s vitally important to get it up to full speed so we can accelerate the economy. First, though, is that we want to be transparent, open, honest and genuine … there is still a lot of work to be done. This was a one two punch like no destination has never seen. But two and a half weeks after Maria hit, the port reopened and three months after that the tourism industry opened. But it’s one thing to be open for business and another for visitors to come back.

What was the biggest communications challenge you faced?
Research showed there were still tens of millions of travelers who had an outdated impression of Puerto Rico. A lot of travelers still had in mind those vivid images (of post-Maria destruction). We faced a mountain of negative perception. They did not realize the pace of recovery …  135 hotels have reopened. So little attention had been paid to the recovery process. We are excited about the future of Puerto Rico but we recognize that we needed to first address the negative and outdated perceptions of Puerto Rico.

How did you use public relations to change that?
We knew that most of the anniversary coverage (of Maria) would be resurrecting images of damage and destruction. We had to share a story that’s authentic, compelling and genuine. We decided to not use traditional advertising but to tell the story of the people of Puerto Rico, driven by the sentiments of the community. Our team went to Punta Santiago, one of the hardest hit communities to see where they are at a year later. It was humbling and inspiring to hear the story of the people of Punta Santiago, that their message had changed. Their message a year later was ‘We’re standing strong.’

As storytellers, and working collaboratively with our community, we recognized the best thing we could do was highlight the progress that was underway and share updated accurate imagery so visitors would know what to expect. A couple of our staff members, our director of multimedia, who is originally from Puerto Rico, traveled to Punta Santiago and talked to people. We invited the media and visitors to hear this amazing comeback story. We had no idea it would attractive the positive attention that it has. That’s a credit to the people of Puerto Rico.

Why PR versus other avenues like advertising?
We felt like this was an important story that needed to be shared not paid for. Everyone recognized that this was so impactful and so important to Puerto Rico, that we were not trying to make a campaign but partner with a private community and citizens to tell their story of resiliency. Rather than run a paid advertising campaign that might draw questions or intrigue, we wanted to be simply storytellers … and we did it by going to visit a community, filming the work they are doing and replacing the ‘SOS’ message literally and figuratively with the ‘bienvenido’ (welcome) message. We just simply wanted to share the updated, accurate image and show people how far it has come.

Why do you think this campaign caught fire?
It was the sentiments of the community that drove this product. We really took the message of the people of Punta Santiago and captured the essence of this recovery effort and where we are a year later. We were seeing these stories throughout the island, small businesses that have reopened and hotels, and we are using this as an opportunity to (reinforce that).

How did you spread the message?
We used social media channels, which were limited given that we were a new organization and just three months old. It was a public relations effort that became organic. Given what Puerto Rico has been through, a lot of people were encouraged and inspired. Numbers prove that. In October, we had over 800m impressions and that’s not bad for a Saturday afternoon (working) across the community. The media also helped certainly by coverage … the visuals became widely shared. When you consider this was done by a lean and young and brand new staff, the return on investment is extraordinary.