Please refer to our Privacy Policy for important information on the use of cookies. By continuing to use this website, you agree to this.
Home Latest Brands Look To E-sports For New Marketing Opportunities 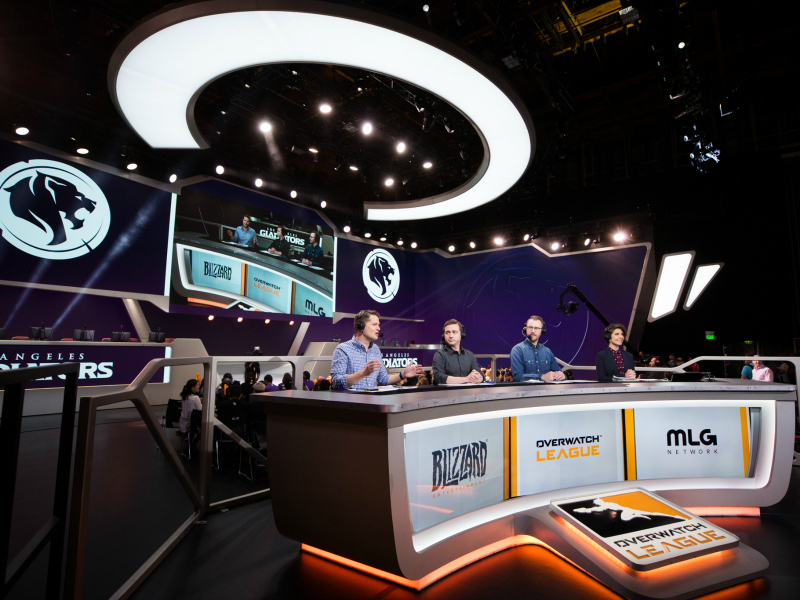 Experts believe 2018 to be a banner year for the burgeoning industry — and for brands willing to take the leap, there are huge opportunities.

As e-sports spike in popularity, a plethora of mainstream brands keen on reaching fans are on the brink of plunging into the space — yet hedging on doing so until they’re confident about getting it right, industry watchers say.

“If you are a brand and you want to enter the space, the time is now,” said Taylor account supervisor Jesse Steinberg, citing the relatively low cost of entry and opportunity for brands to gain footholds in the arena. “But brands don’t know how to do that effectively.”

Among the factors at play, marketing experts say, is that the growth of e-sports, both as an industry and as a fan favorite, is outpacing the willingness of enthusiasts (notably the coveted young men who outnumber other demographics) to accept conventional consumerism in their orb.

On one hand, experts believe 2018 to be a banner year for the burgeoning industry. January, for instance, will see the launch of the professional Overwatch League, centered on the game of the same name.

Modeled after other pro sports leagues, like MLB and the NBA, the league will feature hometown teams — with the idea of driving fandom, ticket sales and sponsorship, said Steinberg, who is working on the launch.

The third season of the Call of Duty World League, currently underway, included a record-breaking 200-plus teams competing at a December event in Dallas, and drawing fans and players to a three-day event in New Orleans in January.  The league will award a total of $4.2m in prize money by the time season three draws to a close.

“You can’t ignore the size of the industry and the growth rate,” Steinberg said.

In addition, a number of brands already in the space, primarily through team and league sponsorships or activations, are finding success, Steinberg said.

By the end of a recent tournament sponsored by Arby’s, for example, the crowd of enthusiasts were chanting the name of the quick-serve brand, he said. “That’s a great win for these guys."

At this point, the bulk of those brands are the likely ones given the audience — gamer favorites like Sony PlayStation and Scuff Gaming as well as fast food brands like Jack in the Box and Arby’s.

But there have been more unlikely early adopters, too — brands like Mercedes Benz, which has sponsored the e-sports company ESL’s tournaments; BMW, which was an official partner of Riot Game’s 2017 European League of Legends summer championship; and Credit Karma. Allstate is another brand that unexpectedly resonates above and beyond with e-sports fans, said MWW PR president Bret Werner.

“It’s amazing to see the depths of brands that over-index with this audience,” Werner said. “There are very few brands that appeal to a younger demographic that aren’t circling or intrigued about how they can get into this space.”

For brands willing to take the leap, there are huge opportunities, including ones that go well beyond the obvious benefits of attaching your name or logo to a winning league, team or player, he said.

At this early stage, there’s room for brands to integrate into the e-sports, much like Gatorade has done with the NFL since 1968, Werner said. “That’s fueling part of the intrigue,” he said.

In addition, that larger culture is still evolving, meaning that brands that get in now could ultimately wind up with ownership of any range of e-sports offshoots like pre-game shows and fantasy leagues among others. “We’re already seeing fandom reaching new levels,” he said.

So why the wariness?

More Than A Game: The Merging of Sports & Culture In Women's Soccer
Taylor
15 May 2019

Joe Favorito, a sports marketing vet who’s handled communications for the New York Knicks and Philadelphia 76ers among others, said a lot of the hesitancy stems from the simple fact that e–sports is still new, and there are a lot of misconceptions and unknowns surrounding e-sports, gaming and what it all means.

“There is mainstream interest and not mainstream understanding,” he said. “It’s a great option but there are still a lot of unknowns.”

And the learning curve is steep, he said. The e-sports landscape itself, for instance, is more than a one-dimensional platform. For example, there are not only leagues and teams, but individual players, events and offshoots, he said. And then there are cultural issues — among 80-95% of the world’s Overwatch players, for instance, don’t speak English, as the game is particularly popular among Koreans and Russians, Favorito said.

“If you are Nabisco, you can’t say I want to get the three biggest e-sports players,” he said.

Even brands seemingly moving into the space with gusto are actually spending considerably less marketing via e-sports than traditional consumer channels, he said.  “When you see (sponsors) buying teams in a league or a game, it still is dipping a toe in the water,” he said.

Big brands like Coke and Buffalo Wild Wings tend to do e-sport activations as part of larger buys, he said. He estimates e-sports is roughly just 1% of the larger gaming market.

In addition, e-sports fans tend to be prickly about taking their pastime mainstream, which includes letting conventional consumer brands into their space, meaning the breadth of stakeholders take a risk in involving them, said Finsbury VP Jeff Heckelman.

“As e-sports grow in popularity and attract more attention from brands and media, it’s especially important for the league and teams to remain loyal to their core base of fans, who may resist anything they perceive to be too mainstream,” Heckelman said.

“For brands looking to invest in e-sports, and reach that coveted young demographic, authenticity is key and the usual sports marketing playbook may not be as effective,” he said. “Smart brands will find ways to prove to this audience that they share their passion for e-sports and be additive to, as opposed to a distraction from, the fan experience.”

Whether they can successfully do that should become more apparent over the next year or so — assuming e-sports continues on its path to exponential growth, pushing brands to decide whether to get into the space while its still accessible, marketers said.

Then again, it also is possible that the hullabaloo surrounding e-sports could be for naught.

“Will this work? It may,” said Favorito. However, e-sports could also go the way of other high-profile opportunities like 3D TV and fantasy sports that sparked immense interest but ultimately fizzled.

“E-sports is certainly the hot thing,” Favorito said. “But sometimes when it’s a hot thing, people touch it and get burned.