Please refer to our Privacy Policy for important information on the use of cookies. By continuing to use this website, you agree to this.
Home Latest Business Leaders Take To Social Media To Respond To Capitol Attacks 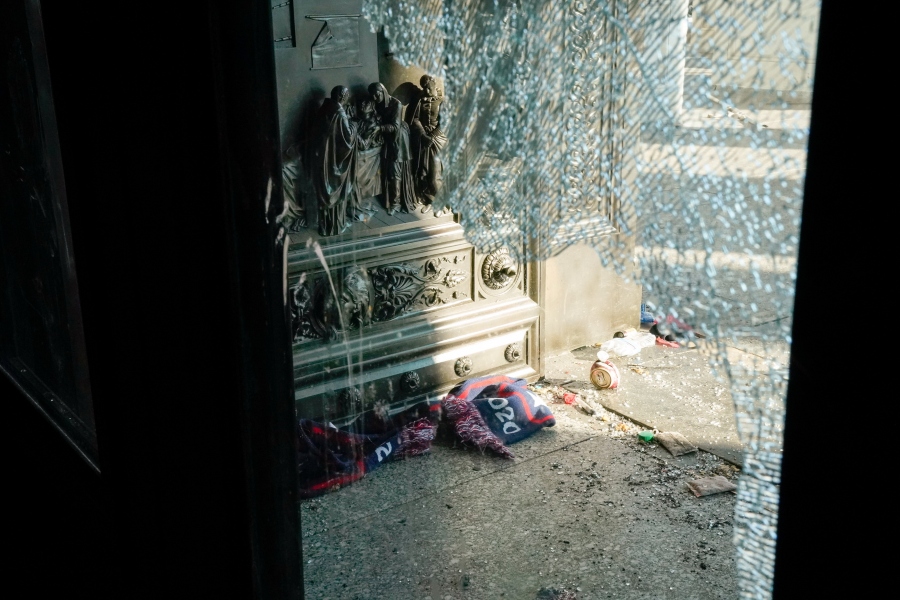 Social media spiked by an order of magnitude larger than any breaking news event in the last 12 months with brands condemning the violence and people discussing the president's accountability.

WASHINGTON, DC — Corporate and brand leaders responded swiftly, in some cases in even more quickly than political leaders, in response to last week’s attack on the US Capitol by a pro-Trump mob, according to new data from MSL.

Several business leaders and companies spoke out with technology leaders being among the most vocal, while the consumer sector mostly deferred to trade associations. Among those to speak out early were: Apple CEO Tim Cook, GM chair/CEO Mary Barra, JP Morgan CEO Jamie Dimon, Ford CEO Jim Farley, Salesforce CEO Marc Benioff, in addition the Business Roundtable also issued a series of statements on behalf of its members.

The statements from business leaders condemned the violence and called for political leaders to support a peaceful transition of power and acknowledge and protect the results of the 2020 election. 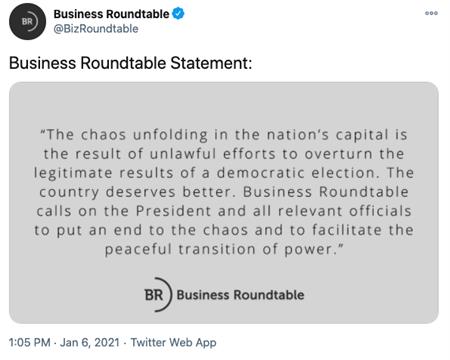 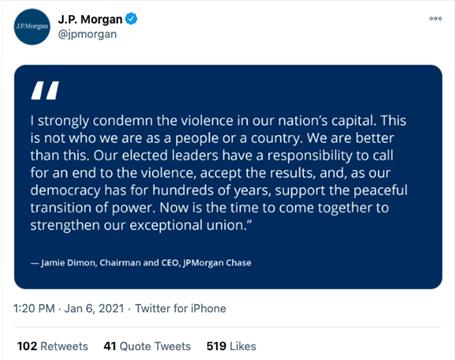 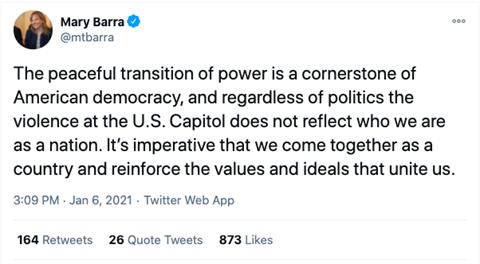 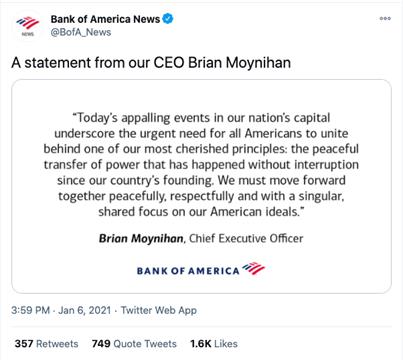 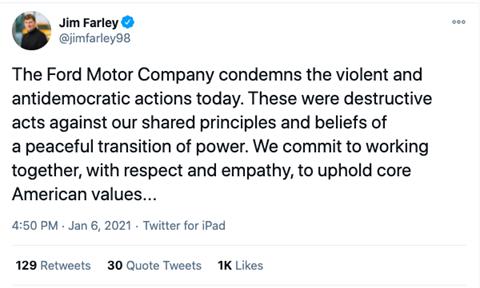 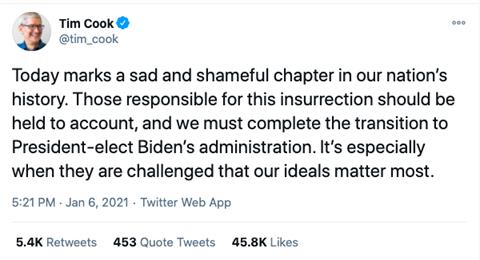 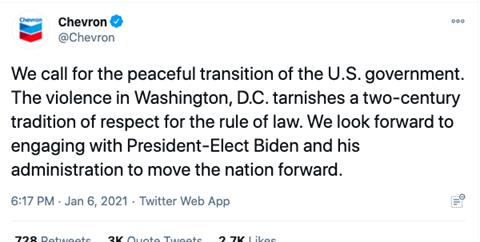 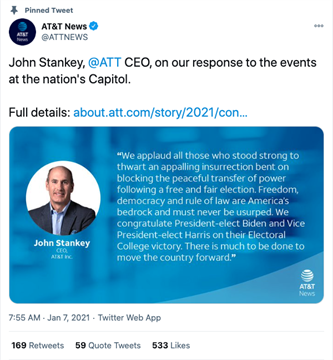 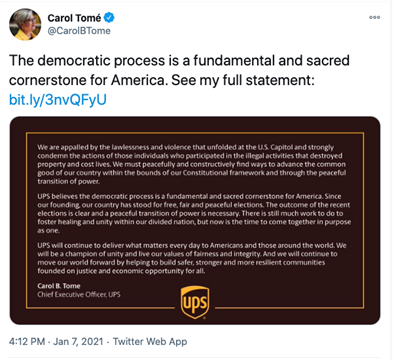 “By analyzing the social conversation over the course of the day, it was noteworthy that corporate leaders were far more nimble in communicating their concern than similarly-situated political leaders, with the bulk of corporate statements coming an average of two hours ahead of political statements,” the report stated.

The attacks resulted in a dramatic social media spike with conversation jumping by more than 80% compared to the previous day. This was also the largest day-over-day bounce over the past 12 months. Removing neutral breaking news headlines, the sentiments were negative by a 5-1 margin.

The data identified two narrative that dominated social conversation: whether to hold Trump accountable for inflaming the mob and whether Trump’s social media accounts should be suspended. Twitter, Facebook and nearly every other major social media platform suspended Trump’s accounts by Friday, January 8.

Image: Debris is seen through a smashed glass door to the US Capitol a day after supporters of US President Donald Trump stormed the Capitol in Washington, US. January 7, 2021. REUTERS/Erin Scott