Please refer to our Privacy Policy for important information on the use of cookies. By continuing to use this website, you agree to this.
Home Latest Cannes: "Ultimately We Need To Bring The Best Idea To The Client To Win" 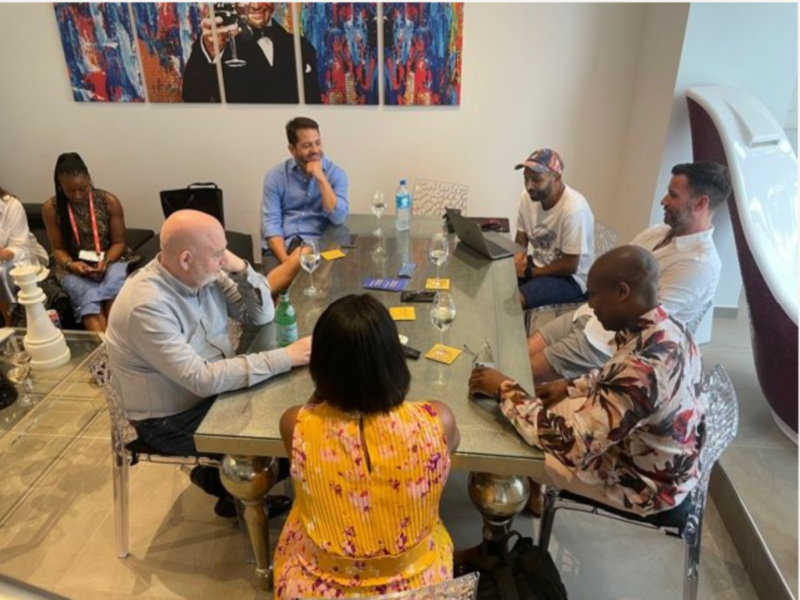 Cannes: "Ultimately We Need To Bring The Best Idea To The Client To Win"

Speakers at a Cannes Lions roundtable on creativity explored the importance of authenticity, diversity and good ideas.

CANNES — While numerous variables influence campaigns, success ultimately boils down to whether creative exudes authenticity, said speakers at a PRovoke Media roundtable during the Cannes Lions Festival of Creativity on Wednesday.

Being seen as authentic requires companies to engage in meaningful, and relative, efforts over time. Otherwise, they run the risk of purpose washing.

“You need a long-term reputation to be trusted, respected and valued in those conversations,” he said.

The round table was prompted by the latest Creativity in PR study, which explores the sector's creative evolution as it emerges from the unique challenges of the past two years. The 2022 Report, co-authored by PRovoke Media and Now Go Create, in partnership with FleishmanHillard, is based on a survey of more than 200 agency and in-house executives from across the world, which took place earlier this year.

Melarkey said PR has a unique advantage over other disciplines in building clients’ authenticity because practitioners can help companies engage in conversations “that go beyond a spot or piece of work.

“You need long-term reputation to be trusted, respected and valued,” he said. “If we can bank up that reputation than people are braver and more willing to get involved in conversations because they have a right to be there.”

Jones said there must be reason behind comms strategy as well, particularly when it comes to avoiding accusations of purpose-washing.

“What’s a given is that companies need to make a positive impact in the world. The question as communicators that we need to ask ourselves is what is the purpose of the communication,” Jones said, adding that purpose could, for instance, be driving consumers to do good, changing minds or influencing industry.

“Intentionality that elicits emotional response that moves them to action that’s what breaks through,” he said.

Jones warned, however, that “when you start with purpose as an objective alone it’s a recipe for disaster.

“Every campaign should start with strategic clarity on the problem for your brand or your business that you are trying to solve. It’s articulating how you are contributing to the world becoming a better place,” he said.

Speakers also explored the client/agency relationship, and whether PR firms are still subjugated by ad agencies, particularly when it comes to driving creative.

Cardenas said he bases agency relationships and responsibilities on the ideas they bring to the table versus whether they specialize in PR or advertising. “What we try to spend time doing is understanding what is the superpower of each of our partners, what are they really good at,” he said.

And PR firms are still top choice when brands are looking for earned-first ideas, panelists said. Melarkey, however, said despite the chip on PR’s shoulder in terms of the industry's secondary role compared to ad agencies, the reality is rather more basic. “Ultimately we need to bring the best idea to the client to win,” he said. “Either your idea is good or its not.”

“We have to expand how we create or recruit talent, and we have to have the patience and grace that once we have that talent we are willing to support and nurture that talent,” said Smith.

Diversifying creative teams, speakers said, also requires leaders to hire talent from outside the PR industry, ensuring that diverse talent is not pigeonholed into roles focused on areas like DE&I or multicultural business.

“Is there a lack of talent? Absolutely not,” Smith said. “The lack is the willingness to provide support.”