Please refer to our Privacy Policy for important information on the use of cookies. By continuing to use this website, you agree to this.
Home Latest Cannes Condensed: Business May Be New Best Partner For Activists 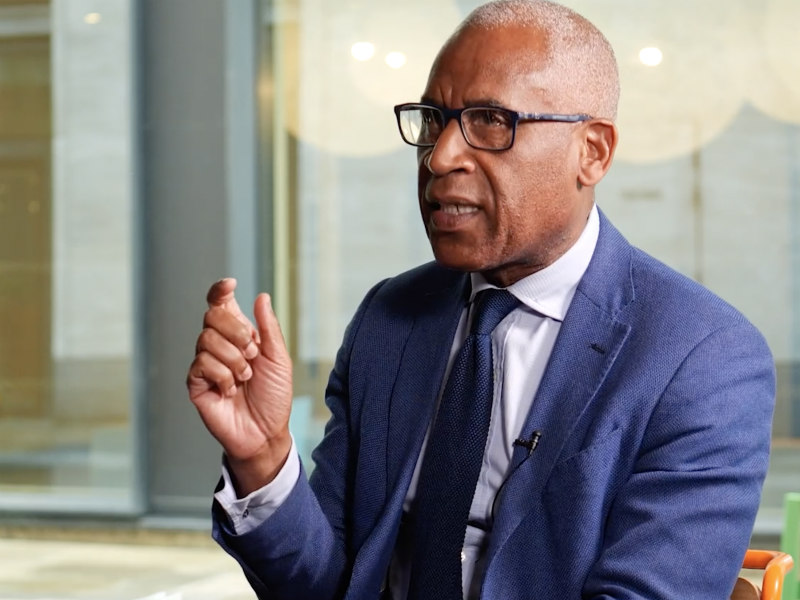 Cannes Condensed: Business May Be New Best Partner For Activists

Operation Black Vote founder Lord Simon Woolley says he has seen the greatest progress over the past year in the business community.

BRIGHTON — After 25 years of focusing his activist efforts on behalf of Britain’s ethnic communities on civic institutions and the political realm, Operation Black Vote founder and chairman Lord Simon Woolley told PRovoke Media and ICCO's Cannes Condensed event that he has seen the greatest progress over the past year in the business community.

Lord Woolley founded Operation Black Vote 25 years ago. He told the audience at the hybrid event that he had started the movement with “nothing but a hope and a dream. We could see that there were too many black men in custody, and one young man who had died in police custody, and the community felt powerless to change that.

“But I had an epiphany. I realised that we were potentially very powerful. Elections are won and lost on the thinnest of margins, and in many cities up and down the UK we could be the deciding factor. And so we set about registering Black, Asian and minority ethnic people around the country to vote and make their voices heard.”

At the time, he said, there were just four MPs from Black, Asian and ethnic minority backgrounds in the country; today there are 60. And “politicians are visible in our communities because they know our votes count.”

Last year, he said, was critical because British activists were able to harness the energy of the global Black Lives Matter movement. “We pivoted from protest to show how that movement could lead to real change. There were many young Black men who had never voted before, who registered to vote. A big question was whether there was the political will to carry on that conversation about how our institutions lock people in and lock other people out. Those conversations, if they are real, will change everything."

What he found, he said, was that while the political community — and the Conservative government of Prime Minister Boris Johnson — was sometimes dismissive of complaints about institutional racism (“they have accused us of launching a culture war,” Woolley said), business leaders were more engaged with the issues.

“For 25 years I largely ignored business and focused on civil institutions,” he said. “But now, where we are making the biggest progress right now is with business. Lots of CEOs had watched the George Floyd video and said to themselves, ‘we can do better; we must do better.’ And so I am seeing big business saying we want to be part of change because it’s good for us."

As a result, he said: “I am elated and frustrated at the same time. I am elated that business and brands are taking on these issues. But I am concerned that business leaders might get tired of the struggle as it goes on. This is a moment in history. and so it’s important that the communicators, and the brands, and the business executives be the leaders we need.”

Leadership, he said, could come not only from CEOs, but from all levels.

“My call is a call for leaders. It’s not just the CEOs, it can be a receptionist, anyone who says ‘I want to change the world.’ A lot of us feel as if things are done to us. We need to start believing in ourselves and our ability to do wonderful things. Now it the time to acknowledge that, to embrace it, and to run with it.”

Woolley made those comments in a session on “Activist Communications: Woke-Washing or Authentic Opportunity” sponsored by MSL and led by Chris McCafferty, CEO of Publicis Groupe’s Influence practice in the UK, who said clients were facing unprecedented expectations in terms of active engagement with social issues, with pressure coming from their own employees and from external stakeholders.

On the question of whether corporate engagement represents a real change or mere “woke-washing,” McCafferty said he was concerned that purpose-driven campaigns tended to fall under the auspices of marketing and therefore subject to skepticism. But genuine activism, he suggested, could be far more powerful — and companies seen to make a genuine commitment are being forgiven if they fall short or make honest mistakes.

“We are seeing a never-seen-before era of coalition of private and public sector and community,” said McCafferty. “Business has a massive role to play in that. Audiences are expecting more leadership.”