Please refer to our Privacy Policy for important information on the use of cookies. By continuing to use this website, you agree to this.
Home Latest Cannes Condensed: The Future Of Retail Is High-Tech & High-Touch 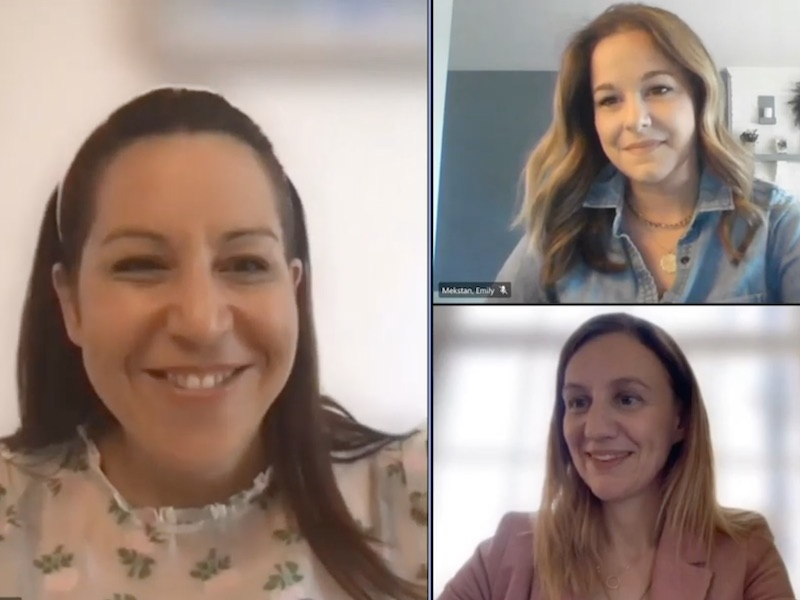 Cannes Condensed: The Future Of Retail Is High-Tech & High-Touch

H+K's session at the event covered the acceleration of technology in the retail sector as it found new ways to reach consumers — but the human touch remains essential.

BRIGHTON — The coronavirus pandemic has accelerated the adoption of technology in the retail sector as companies found new ways to get their products into the hands of consumers — but it also proved that the human touch remains essential to retail brands, according to representatives of the Walgreens Boots Alliance interviewed at PRovoke Media and ICCO's Cannes Condensed hybrid event.

Avra Lorrimer, executive vice president with Hill+Knowlton Strategies New York, led a discussion about the role of PR at both US-based Walgreens and UK-based Boots during the pandemic, exploring ways in which both companies had communicated their response to the crisis, and their involvement in various healthcare initiatives.

“From a retailer perspective, customer expectations are higher than they have ever been,” said Emily Mekstan, director of retail and merchandising communications at Walgreens. “We have invested significant resources in making sure we get to our customers where they want to shop. There’s still a place for bricks and mortar, but how someone shops at bricks and mortar is changing and so we moved when the pandemic began from drive-through pickup to launching partnership with organizations like Doordash, Instacart, Uber Eats and to same day delivery in under two hours.

“As a communications person, it’s important to show the evolution of these partnerships and to highlight safety and speed and convenience.

Lucy Reynolds, director of communications, CSR and sustainability at Boots, offered a similar perspective from the other side of the Atlantic: “It’s not news to anybody that the pandemic has accelerated the trend we were seeing in terms of moving online.

“But from a communications perspective, giving people access to our experts has been critically important, so when customers are coming into our stores they are getting advice and expertise they can’t get anywhere else. We used our pharmacists as spokespeople, creating lots of information, lots of myth-busting, which we put up over our social channels. And we also saw a huge appetite from earned media for information about coronavirus itself but also about tangential topics like flu shots.”

Discussing the challenges of standing out in an environment where people are shopping online and many retailers are offering the same range of products, Reynolds said communications and brand-building were even more important in such times.

“It’s been a tough time and that can be a time to keep your head down, but I think the opposite is true. We have really got involved with some big national initiatives. The first one was testing, supporting the NHS early in the pandemic.

“We have been very proactive in talking about our initiatives using earned media but also our own channels, talking about the stores and the safety precautions we have taken, and also about the things we can’t do. As a result, our brand rep and recommend and advocacy scores are the highest they have ever been, and that’s a result of the fact that we have lent into the national conversation.

“Some of the communications early on was a bit rough and ready. Some of the content we shot ourselves on cell phones and posted ourselves. But we learned a lot. We are just now launching a Boots TikTok channel after so many of our people were posting on TikTok during the pandemic.”

Added Mekstan: “For Walgreens, the traditional definition of convenience was what we stood for, we were within five miles of 80% of the population. That is still relevant today, and still has a place. But we always knew consumer demand was changing and the pandemic accelerated that. But as we come out, we fine people are longing for that in-person expertise and in-person contact. People want to have a conversation with the pharmacist about new medications—there’s nothing better than the human connection.

“We just also have to add on top of that the technology solutions people expect.”

Lorrimer also asked the two clients about ways in which heightened expectations of diversity and inclusion had changed their approach.

“If you are going to talk the talk you have to walk the walk, especially on this topic,” said Reynolds. “So we have been very careful not to make statements or communicate things that we’re not doing, actions we would like to take or ambitions we have. So we have tried to take actions, like the way we are casting for our adverts. We have a new campaign that was street-cast, they are real people, and they reflect all of society.”

“Representation absolutely matters,” Mekstan agreed. “e are making strides and pushing for more representation, nt just in our campaigns but across all platforms: spokespeople and influences and the media we work with.

“Vaccinations are a great example. We know that brown and black people have been disproportionately affected so we need to speak to that community and make sure they understand and know how to get the vaccine.”

Walgreens worked with celebrity John Legend on the “This is Our Shot” campaign, for example. Legend spoke with one of the company’s pharmacists—also African-American—delivering an authentic conversation that, as Mekstan said, “went further than any company branded message we could ever put out.”