Please refer to our Privacy Policy for important information on the use of cookies. By continuing to use this website, you agree to this.
Home Latest Cannes: How Can PR Break Down Stereotypes & Change Behaviour? 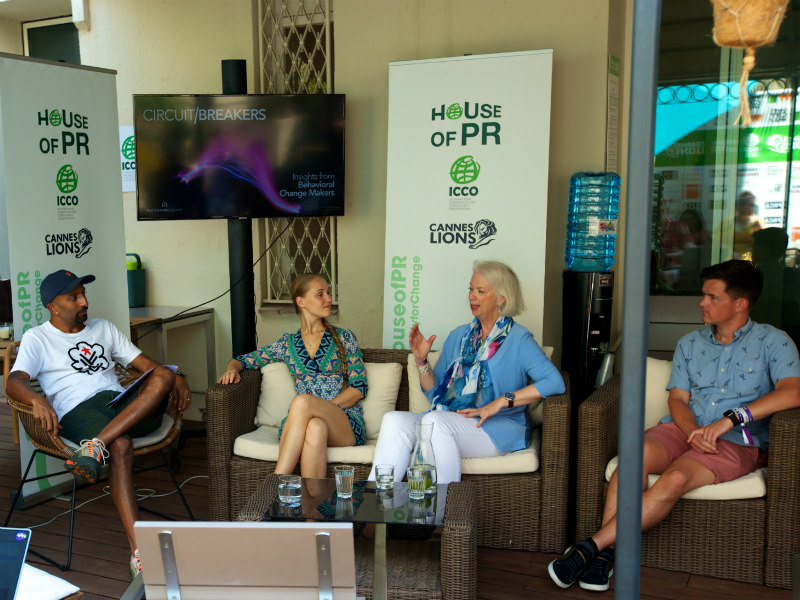 Cannes: How Can PR Break Down Stereotypes & Change Behaviour?

A Holmes Report/FleishmanHIllard panel looked at ways marketers can break through the stereotypes that are keeping them from reaching targeted demographics.

CANNES — Despite working in an industry predicated on changing behaviors, marketers still craft their messages based on stereotypes— and are blowing a big opportunity by not knowing who their target audiences really are.

“There are more than 100m Americans over the age of 50, but (the marketing industry) assumes they are no longer productive members of the economy or society,” said Martha Boudreau, AARP’s chief communications and marketing officer. “Those are attitudes are very dated and based on cultural norms from 100 years ago.”

Speaking at a Holmes Report session with FleishmanHillard in Cannes on Tuesday, Boudreau said that an antiquated attitude is hurting brands, as there are more than 100m consumers 50 and older that are being ignored.

As part of a discussion on stereotypes in marketing — and how to break them — Boudreau said  marketers still think of older people as frail, retired and struggling with technology, rather than the active, and often employed (roughly 25% of the workforce is 65+), people they really are, Boudreau said.

“The marketing industry does not understand this demographic. And it also believes that with age comes limitation. That simply is not true anymore,” she said.

Although Boudreau was addressing marketers’ take on one specific demographic — the American 50 and up crowd — the themes were echoed by the experts in other communities who also participated in the discussion.

“Brand managers, primarily with Western backgrounds, believe they understand what China looks like based on the last 300 years of Chinese cultures, not really what China was for thousands of years,” Dudarenok said.

That, and the relatively sudden rise of the Chinese consumer, has given rise to a number of stereotypes — that Chinese either have no money or are drowning in it, and that they are out to conquer the West economically, she said.

Throw in the fact that people from the West and Chinese have very different storytelling techniques and visual appreciations, and it becomes extraordinarily difficult for Western communications to resonate with Chinese consumers, unless they work with someone with intimate knowledge of the country and its culture.

“Just like the West doesn’t really understand what’s happening in China, they don’t understand this market,” she said.  “Brands need to hire someone to walk them through the process.”

Chris Onderstall, creative studio lead for FleishmanHIllard Fishburn in London, said the media (at least when considered credible) also is a gateway to furthering change, so he partnered with Thomson Reuters on a campaign to foster acceptance of the LGBQT community and lifestyle, including among the 73 countries that outlaw being gay.

The result: A Thomson Reuters Foundation news channel dedicated exclusively to covering issues facing LGBQT communities around the world. The content was distributed to 1,000 publishers and 750 broadcasters, reaching consumers and governmental agencies, even furthering policy change.

“What we’re bringing is free and independent news from a credible source,” Onderstall said. “And in some of these markets, we have had really good adoption.”