Please refer to our Privacy Policy for important information on the use of cookies. By continuing to use this website, you agree to this.
Home Latest Cannes: PR Industry Needs To Change The Conversation 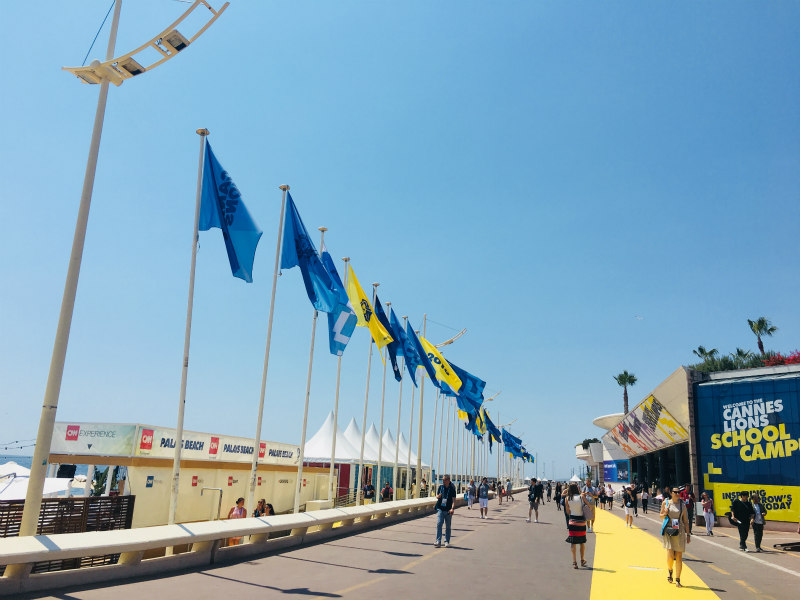 After judging the Titanium Lions, Weber Shandwick global president Gail Heimann has some advice for the PR industry.

The message: Summon up all your guts and gumption and do what it is we do so well: Change the conversation.

I am confident we can because the process has already begun. The Cannes Lions was once the festival of creativity singularly devoted to the :60 spot. Today’s Cannes Lions go out to big, omni-channel campaigns with a core idea so resonant and powerful it earns attention. And “earning attention” is PR. So you may not be hauling those gilded trophies back to seat 48A enroute home but you should be comforted in knowing that those ad-people are running a giant PR event on the Riviera.

So now that we know there is an appetite for what we do, how do we earn attention for it? How do we pull ourselves out of the “credits” — the Cannes Lions equivalent of the headpat you give to your labradoodle when he brings back your sock — and onto the mainstage?

I got a sense of what it takes this week as a member of the Titanium Jury at Cannes.

The endgame for our jury: select the work that in its freshness, boldness, completeness, elegance or landmark genius sends a signal to the entire industry about the way forward.

A daunting responsibility. And, yes, a privilege. But after the live presentations from the short-listed campaign creators — one of whom was so nervous he had an unmentionable GI situation (I know this only because he mentioned it) — dissection of each case film and much discourse with fellow jurors who were brilliant, insightful and committed to the craft, it became clear there were a few patterns in this top-of-the-heap work. Yes they were submitted by the ‘sine qua non’ of creative shops. But it’s the kind of work we “PR professionals” do every day. Here it is.

1) Serialized stunts as brand comms strategy.
Apologies for using the word “stunt” but stuntlike activations were rampant at Cannes this year. The Titanium-seeking variety were brash, on-brand and part of a consistent and effective “stunt” continuum that brands — especially QSRs — are deploying to connect with consumers. And they racked up their share of non-Titanium trophies.

2) Moonshots
Who doesn’t love to be first? Work that explores a new “creative canvas” — in the digital sphere or the atmosphere — captivates people and people who are jurors. We had a few on the Titanium short list.

3) Pro-social
We all know that Cannes has a lot of heart for social good, so much so that pure “charity” work was plucked out and separated this year to ensure that hardworking brand and product campaigns would get their due. Still, brands championed issues and causes — most effectively from the jury’s point of view — when they were within the brand DNA and when they drove meaningful action.

4) Leveraged tropes or totems
We saw several pieces — some extraordinary — in which brands co-opted industry tropes or effectively used seemingly inviolable spaces — like passports — as channels for their messaging. Branded stamps and currency came up, too.

5) Hyper-immersion
VR is still out there but didn’t make it to the Titanium shortlist this year. Immersive experiences that made direct connections with people and communities did.  We got a glimpse of the future of retail — it’s experiential — and saw a branded experience that made people the main characters in the brand narrative

6) Hacking
Everyone’s talking about it but Titanium hopefuls were doing it. Hacking their own advertising, language, pop music and holiday rituals to name a few. Subverting what’s right in front of you is a thing. If you do it right.

7) Relentless authenticity
You can’t contrive authenticity. We saw beautifully crafted campaigns created of, by and for their respective targets in the Titanium short list line-up. PR is the natural owner of authentic. We can and should continue to lean into it.

8) Solutions
Several campaigns were built on a single, powerful communications idea that delivered a solution to a problem or issue. In the end, that became a key message our jury chose to send to the industry via the selection of “The Palau Pledge” as the Titanium Grand Prix. Palau is an island nation whose fragile ecosystem was being destroyed by tourists. The Palau Pledge — asked everyone entering the country of Palau — to make a personal commitment to respecting the environment that drew them there. The core vehicle is a simple passport stamp that requires a signature. The campaign — executed across multiple channels — is proof of the importance of what our industry — collectively — does to build business and brands. And solve to protect them.

Bottom line. There is a way to change the conversation about PR at Cannes. And that is to double down on the kind of work that commands — and yes, I’ll say it again earns — attention and respect at Le Palais and, more importantly, delivers for our clients.

Whining about being second class citizens in adland will only reinforce that Don Draper vintage perspective of public relations. And it’s as over as his show.

Make the ideas. Make that your conversation. And Lions will come.