Please refer to our Privacy Policy for important information on the use of cookies. By continuing to use this website, you agree to this.
Home Latest CMOs At Davos: "We Are Required To Speak The Truth" 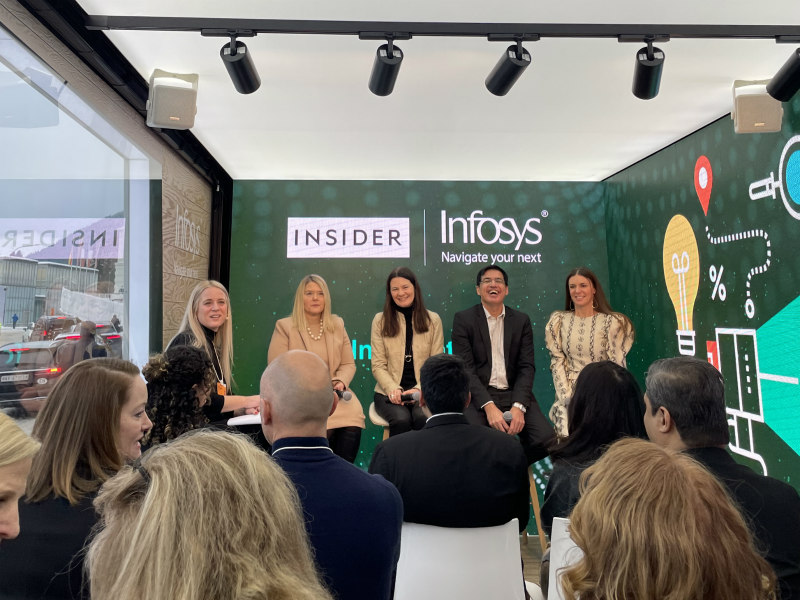 CMOs At Davos: "We Are Required To Speak The Truth"

At an Infosys/Insider event in Davos, chief marketers from across industries discussed the growth in the scope of the CMO role.

DAVOS — CMOs are grappling with the realities of political backlash to their social impact efforts, in just one of the ways that their roles are becoming more complex, heard delegates at an Infosys/Insider event in Davos this week.

Infosys executive VP and CMO Sumit Virmain said that while CMOs “were [previously] all human behavior champions,” the job now requires moving “from being a sociologist to being a Sherlock Holmes.

“You’ve got to be a trendspotter. Digital disruptor. The CMO is expected to be a data, digital and design genius. That is completely different,” he said.

“I have yet to meet a CMO that has the same exact responsibilities and functions,” added Melissa Brotz, Abbott Labs’ chief marketing and communications officer. Other participants included Salesforce president and CMO Sarah Franklin, and Adecco Group chief marketing and sales officer Valérie Beaulieu-James.

"Traditionally, marketers have been the sales people's best frenemies," explained Virmani. "Over the last three to four years, the need for collaborating with some of the other C-suites has gone up dramatically. The CFO, the CSO, CHRO, CISO — a single data breach can impact your reputation. Collaboration has been reimagined in more ways than one."

Also fueling change is the emergence of corporate purpose and ESG as a priority, with CMOs increasingly being called on to explain their companies' positions on social issues. That, admitted the panel, means dealing with the political backlash that can ensue from these efforts.

"I think it's par for the course," said Virmani. "If you believe in a purpose, sometimes some stakeholder communities may not be happy about it."

"You need to be very precise on what you say, and make sure the company is very precise in reverberating the message," added Beaulieu-James, noting Adecco's support for Ukrainian refugees. "We were extremely careful to never ostracise our Russian colleagues. You won't be immune to backlash, it's the risk. Treating it with precision and clarity is very important so you are very clear what you are standing for."

Franklin, whose company has taken an activist stance on a range of issues, further explained that there can be no divergence between what a company says and what it does.

“We really have to make sure we are saying what we are doing,” Franklin said. “What we’ve done is focus on the causes that we care about. Sustainability. Human rights. It’s a C-level conversation so it’s a good opportunity for the CMO to be very strategic in our company. It’s to be the voice and bring that to our CEO.”

While that remit has expanded for CMOs, panellists noted that they need to ensure their work connects with key stakeholders inside and outside the organization.

“Does this matter to our employees and customers? On a lot of things, it really does,” said Brotz. “By taking a position, are we going to add value externally. It all comes back to your role.”

And that, added Virmani, is a changing equation given the younger demographics that are beginning to dominate workforces.

“Two-thirds of our respective employees are going to be Gen Zs and millennials over the next two to three years,” Virmani said. “Actions do speak louder than words. We can develop all of those impressively created campaigns, but it's authentic stories that see employees relating and rallying beyond the purpose.”

"We are required to speak the truth," said Beaulieu-James. "We have an influence that goes beyond the storytelling, to influence our processes and make sure we stay true to the promise we get out there."