Please refer to our Privacy Policy for important information on the use of cookies. By continuing to use this website, you agree to this.
Home Latest Dove's 'Crown Act' Support Wins Platinum At North American SABRE Awards 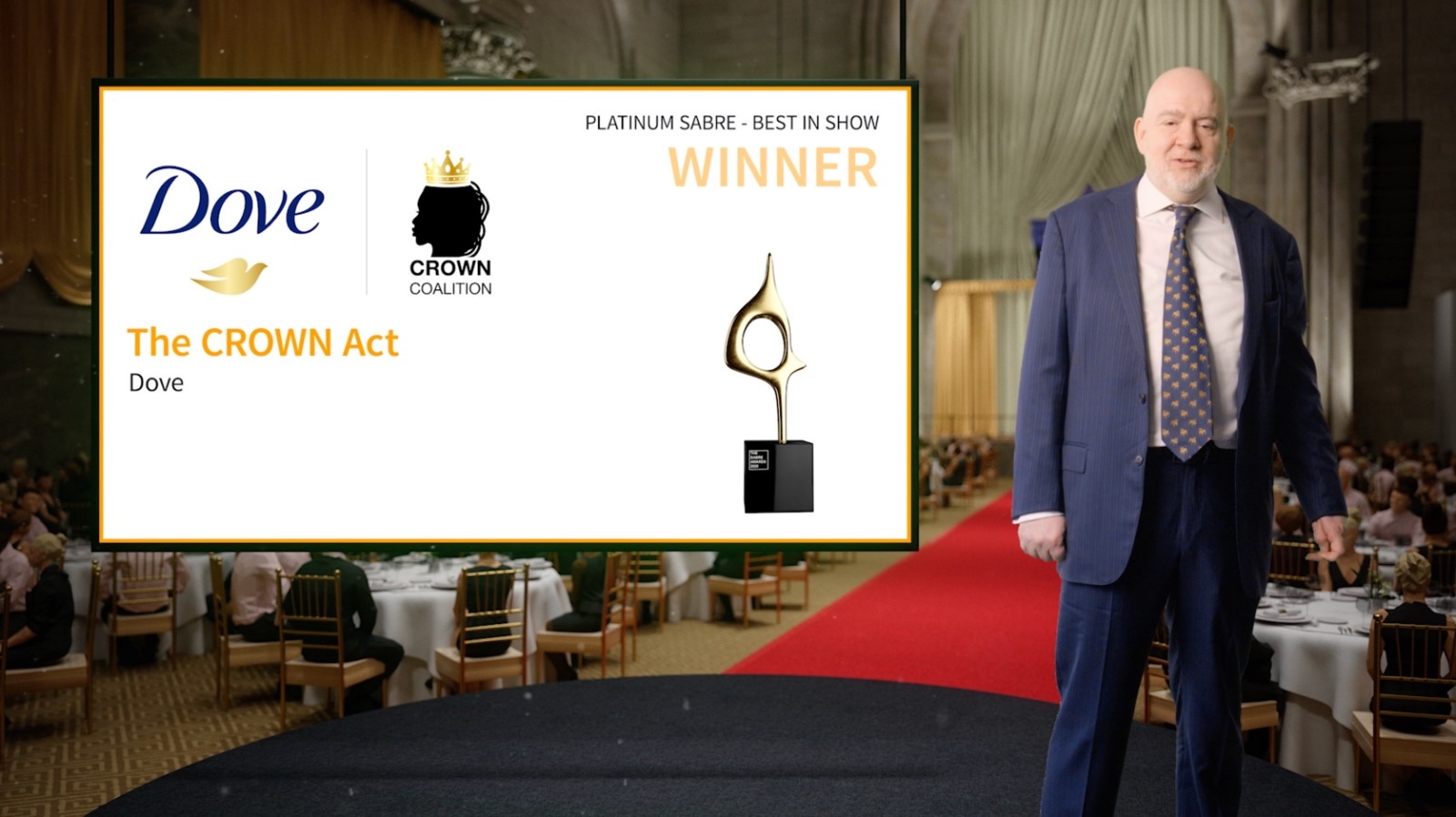 Unilever and its agency Joy Collective were awarded the Platinum SABRE for the best public relations campaign of 2019 for their work supporting The Crown Act.

NEW YORK—Unilever and its agency Joy Collective were awarded the Platinum SABRE for the best public relations campaign of 2019 at the virtual North American SABRE Awards ceremony tonight, beating out more than 2,000 other entries for the night’s top honor.

The Crown Act beat out four other finalists for the Platinum award:

The 21st North American SABRE Awards was the first to take place virtually, with the winners announced during a digital event that combined live, pre-recorded and animated elements and was attended by at least 750 people.

It was a big night for Edelman, which took home more Gold and Diamond SABRE trophies than any other agency: seven in total. Edelman beat out Ketchum and Weber Shandwick, both of whom were presented with four SABRE trophies.