Please refer to our Privacy Policy for important information on the use of cookies. By continuing to use this website, you agree to this.
Home Latest Earned Influence — A New Definition Of PR's Value? 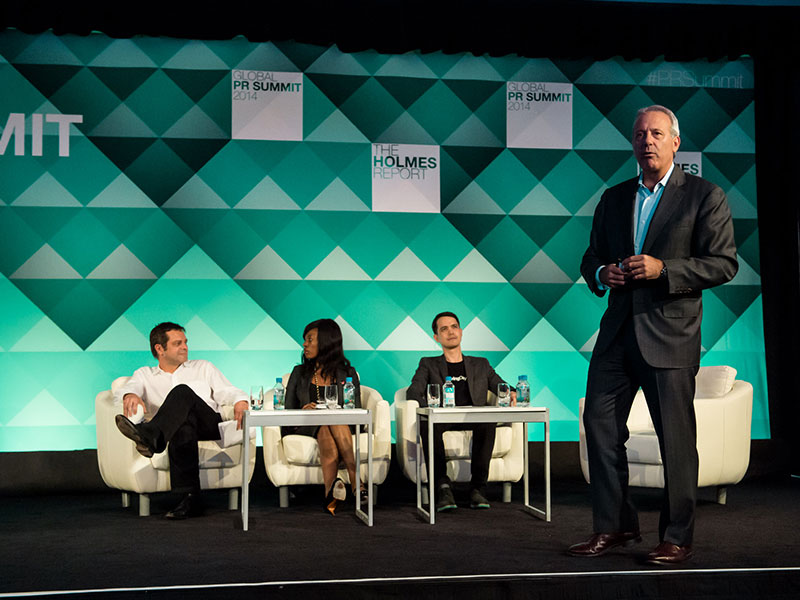 The importance of defining public relations has never been greater than it is today.

It has long been a cliché to say that there are as many definitions of public relations as there are practitioners. The multitude of alternative interpretations is both a blessing—write your own job description—and a curse, particularly when it seems as though pretty much anyone can hang out a shingle claiming to be a PR professional while offering services that range from management consulting to publicity agent and beyond.

But the importance of defining public relations—of explaining in clear and simple terms what it is that public relations brings to the table—has never been greater than it is today.

That’s because as various communications disciplines converge, as corporate reputation and brand image begin to blur, as clients seek solutions that encompass paid and earned and owned and shared media and engage multiple stakeholders, PR people find themselves competing with rivals from advertising, from digital, from other disciplines to offer critical insights, develop truly differentiated strategies, and to provide multichannel execution.

In this environment, a focus on “earned media” is surely too limited: it restricts the channels of communication and narrows the scope of thinking, locking PR into the subsidiary role it has long sought to escape. But if earned media is not our core competence, what is?

Chris Graves, the Ogilvy Public Relations chairman who recently took over as chair of the PR Council—the group representing America’s public relations firms—believes he has the answer, or at least an answer. Rather than focusing on earned media, he says, the industry should be emphasizing its ability to deliver “earned influence.”

Graves’ attempt to set a new direction and outline a new focus for PR comes as the Council has undergone a rebranding, rejecting suggestions that it rename itself (some had urged adoption of the term “communication,” surely a more limited idea than “relationships”) and doubling down on the term public relations.

Graves, meanwhile, has been thinking about the profession’s position vis-à-vis rival disciplines, and is tired of the slightly defensive discussion about which areas of communication PR “should own.” He has been looking for a credible differentiator, and believes he has found one.

“If we dive deep into the core of what public relations can be, at its most meaningful and most competent, it is a powerful differentiator from advertising and other marketing disciplines,” he wrote in his inaugural message to Council members. “Because at our essence, we understand the art and science of building relationships. When successful, those relationships allow us to engage others with purpose and respect, to share, educate, inform and entertain. Through these relationships, we earn the right to try to join conversations and maybe even change minds. We earn that right to influence others.

Influence is earned, Graves says, by focusing on relationships—the essence of PR in the days of pioneers like Ed Bernays, but less so as PR allowed itself to be restricted to publicity, or earned media relations.

“But when PR is done right, when it is built on listening to people and getting to know them, and developing a relationship based on understanding their interests and meeting their needs, it is all about relationships,” he says. “All public relations content should be about building that relationship.”

At this point, not atypically, Graves waxes academic, citing social psychology and the theory of reciprocity, which suggests that relationships are built on actions that serve the interests of the recipient. In the corporate world, this means that companies need to become advocates for their stakeholders’ interests before asking their stakeholders to become advocates for them—earning influence through good deeds.

“So if I can offer up content to people that is useful, that is interesting or entertaining, not to my client but to the individual, I can start to build a relationship and earn their trust.”

That kind of content, Graves says, should be part of the DNA of every good public relations agency. But he recognizes that it’s something the industry needs to do better, and explain to clients better, and so he has outlined four priorities for his term as chair:

The latter is a particular enthusiasm for the Ogilvy exec. He has encouraged his agency to look into new developments in neuroscience and find ways to apply them to the behavior-changing work it does for clients, and he has moderated sessions at the Global Public Relations Summit that have brought authors and academics with an expertise in behavioral science into the room with industry leaders.

The next 12 months will see Graves build on his recent role spearheading the Council’s widely-respected Critical Issues Forums with a series of events—some of them in the real world, others in the digital realm—that will bring people together to discuss his agenda for the Council and to figure out ways to articulate it to prospective clients and deliver on it in the market place.

It’s an interesting challenge: to sell “earned influence” to clients, the PR industry will first need to earn the right to influence marketers and other C-suite execs.