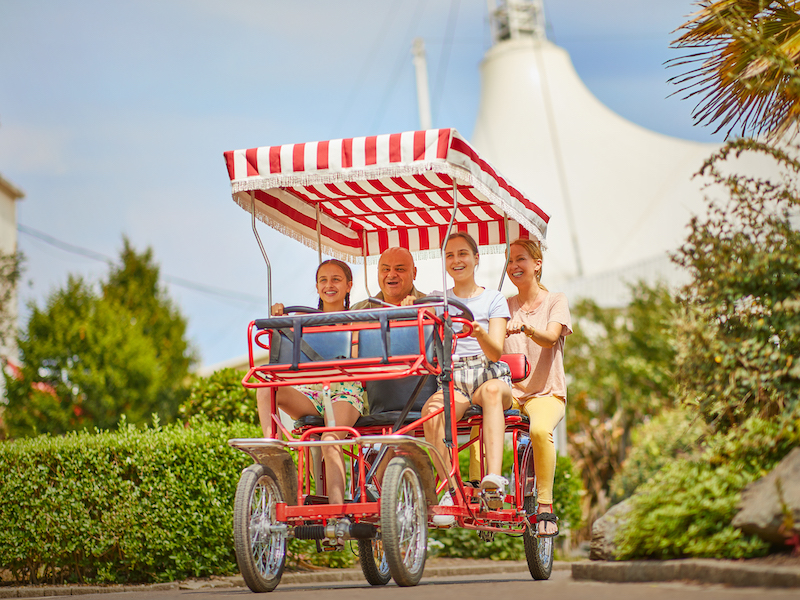 LONDON — Clarity has been named global agency of record for Flair Impact, a data-driven technology company that helps organisations measure and build inclusive cultures, tools and metrics to understand and progress racial equity, including racist behaviours, inclusion barriers, racial awareness and racial diversity. The agency will raise the organisation’s profile amongst C-level, HR and DE&I audiences, including profiling its founders. The company began in 2017 as Flair Football, a mobile app providing young footballers with metrics on their performance, before pivoting to become Flair Impact in 2020. Its customer base includes The Premier League, EY, BT and Network Rail.

MANCHESTER — Butlin’s (pictured) has hired Brazen to handle consumer PR for its three holiday resorts across the UK after a competitive pitch. The agency’s brief is to highlight the chain’s entertainment and activity offer for family and adults-only audiences.

LONDON — Splendid has helped Tesco bring the UK’s first hot cross bun café to London for Easter. The creative activation, led and executed by the PR agency, transformed a former iron factory in London into a themed café for a week, with a menu featuring twists on the supermarket’s hot cross buns for brunch, afternoon tea, cocktails and dinner. All proceeds will be donated to the supermarket’s charity partner, the Trussell Trust. Splendid worked alongside production agency Push, with Goat Agency looking after influencer activity.

LONDON — 3 Monkeys Zeno creative duo Alice Burden and Phillip Laskaris have beaten 69 other teams to win the UK Young Lions Competition 2022, run by the PRCA. They will go on to represent the UK in the global Young Lions finals at the Cannes Lions International Festival of Creativity. Each team had 24 hours to respond to a brief from health charity Mind by conceiving a campaign that would persuade government decision makers to invest in mental health hubs.

LONDON — Healthcare communications specialist Aurora has launched a social impact practice to help clients address social inequity in healthcare. The new practice aims to go beyond disease awareness and to design campaigns that engage harder-to-reach communities. It will be led by director Sebastian Stokes, who joined Aurora in 2021 after founding Shed Communications and working as an associate director at Ketchum, and who has worked with clients including Movember and World Hepatitis Alliance. Aurora is already working on social impact campaigns with several clients in diabetes and oncology, as well as NGOs.

LONDON — Toca, a specialist no-code enterprise development platform, has appointed Spark Communications to manage its UK PR programme. The agency’s brief is to develop creative campaigns and written content and handle media and analyst relations. The programme aims to position Toca as an industry disruptor while developing brand awareness and recognition in the technology community.

LEEDS, UK — British lifestyle brand Oliver Bonas has appointed Journey Further to help drive organic growth through SEO and digital PR, after a competitive pitch. The agency will be responsible for improving organic visibility and rankings for the retailer, working with internal SEO and PR teams on digital PR campaigns and technical optimisation, supported by its proprietary content relevancy tool, Salient.