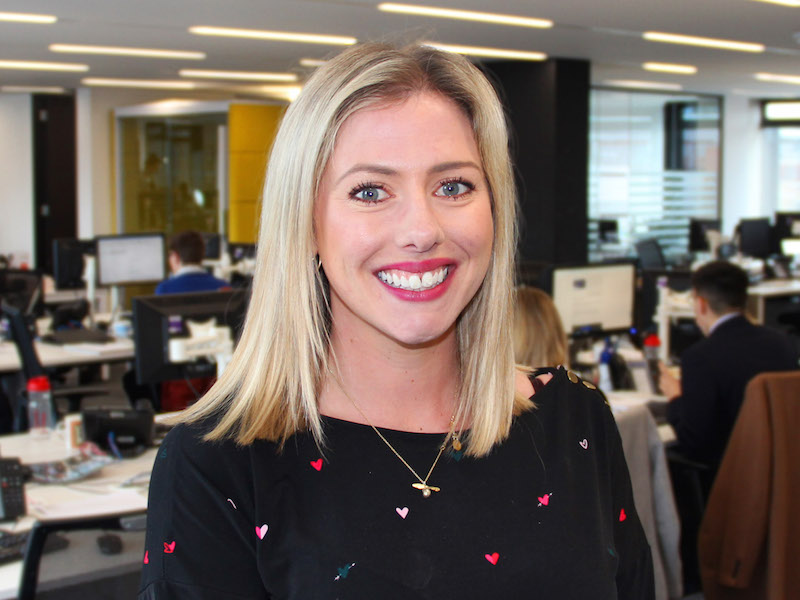 BIRMINGHAM, UK — Grayling has appointed Bethany Pearson (pictured) as director and head of Grayling Birmingham, one of its nine regional offices across the UK. She joins from Freuds, where she led public and private sector health and behaviour change campaigns. She has FMCG experience across food, drink, tourism and retail sectors and has also worked at Frank and Ketchum. Grayling’s clients in the Midlands area include Coventry University Group, M&S, John West and HSBC.

LONDON — Europe’s leading taxi hailing mobile app, Mytaxi, part of a joint venture between BMW and Daimler, has appointed MHP as its public affairs advisor in the UK. MHP’s brief is to give Mytaxi a voice in the debate about the future of mobility in the UK and to shape the app’s strategic approach to key policy initiatives in a highly-regulated industry at both a national and regional level, most importantly in relation to the ongoing debate around safety and standards.

PARIS — Ogilvy Paris has promoted Claire Mariat to director of consulting, taking the head of the brand department within the agency’s PR & influence division. She joined the agency from Golin’s consumer team in 2017 as senior client manager to work on brands in the Bacardi Martini group, and has also worked at Ketchum. Mariat will be responsible for managing teams and developing the agency’s offer around its influence expertise.

RABAT, MOROCCO — Kreab, the international communication and public affairs firm launched in Sweden in 1970, has opened an office in Morocco, its first office in Africa. The operation will be led by managing partner Hicham Brahmi, who has held government positioning in Morocco including Director of Communications of the Foreign Exchange Office and Chief of Staff of the Ministry of Economy and Finance. Kreab now has a presence in more than 25 countries.

LONDON — My Expert Midwife has appointed The Fourth Angel as its PR and influencer relations partner. Founded in 2017 by midwife Lesley Gilchrist and baby massage specialist Claire Charlton, the company manufactures and sells pre-and post-natal products. The agency won the account in a two-way pitch, and it will be led by Gemma Dilworth and Angie Moxham.

LONDON — Automotive and sports specialist Performance Communications has launched a dedicated technology division, to be led by new hire Jamie Ivory, who joins from Brands2Life and has also worked at Hotwire. Ivory will lead the agency’s new business growth as it targets emerging technology brands, in addition to established players diversifying their products and services. The agency now employs 45 consultants across its two offices in Kingston-Upon-Thames and Dubai.

LONDON — Global restaurant discovery app The Infatuation has appointed John Doe as its retained PR and events agency for the UK. The agency will be launching a series of London-based events throughout the year, as well as providing ongoing press office support, in an expansion of the role it has held since 2017.