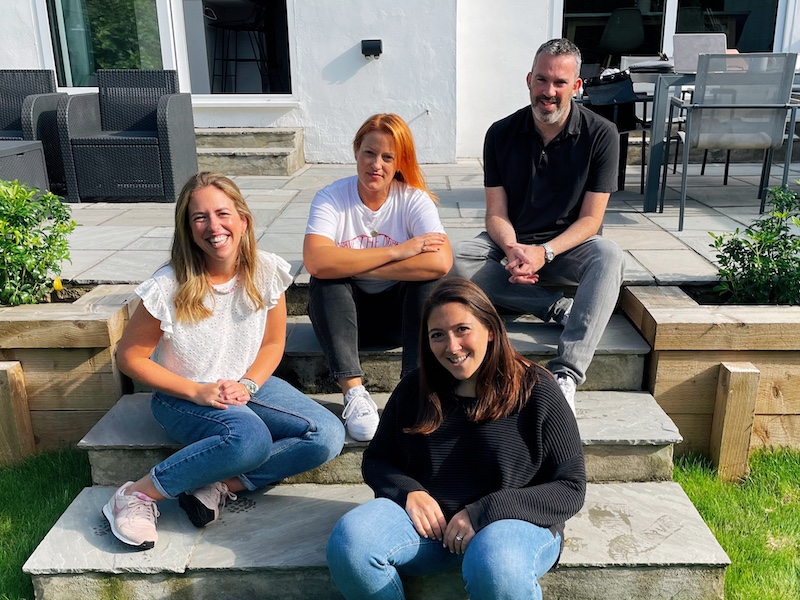 LONDON — Southern Comfort has appointed The Academy as its lead UK agency after a competitive pitch. The agency’s brief for the drinks brand includes experiential, content, influencer and publicity, starting next month with the Pride Boat Party. The account was previously held by M&C Saatchi Talk, which did not take part in the pitch.

LONDON — Ready10 has appointed three women to form three-quarters of its newly-formed management board in a new structure to support the agency’s growth objectives. The new board will comprise directors Aimée Jacobs (pictured, bottom), Sophie Diner (left) and Kate Addy (second left), reporting to founder David Fraser (right). Jacobs, formerly at Salt PR and Seventy Seven and Ready10’s first employee, takes responsibility for new business strategy while Addy, previously at M&C Saatchi and Huawei, will oversee client delivery and creative. Diner, who worked with Fraser at Frank PR, will be responsible for agency culture and brand with Fraser overseeing business development and strategy.

LONDON — Instinctif Partners is bolstering its digital and creative offering with two new senior roles: Rich Rust as group head of digital and Anna Younger as group head of innovation and creativity. Rust joins from digital and logistics business DP World, where he led the global digital and social media team and established a marketing communications function. He has also worked at Ogilvy, Edelman and Hill+Knowlton, and in-house at Nissan in Europe and the Middle East, Jaguar Land Rover and Ericsson. Younger joined Instinctif in 2016 to establish the UK Innovation team.

LONDON — Hanover has appointed Sarah Salter Nash as a director in its corporate practice. Salter Nash joins from Teneo, where she was an associate director. She reports to managing director of corporate, Gary Cleland.

LONDON — UK footwear manufacturer Hotter, which plans to float on the London Stock Exchange later this year, has appointed Good Relations as its integrated consumer PR and influencer marketing agency.

LONDON — CiiTech, the cannabis healthcare company behind UK CBD brand Provacan, has appointed Tin Man as its retained UK PR agency after a two-stage pitch process. The agency’s brief is to emotionally engage audiences through a creative campaign ahead of the company’s London Stock Exchange listing, as well as always on press office and influencer marketing for its consumer CBD brands.

LONDON — Digital mortgage broker Tembo Money has appointed The PHA Group as its communications agency. PHA has been tasked with building awareness of Tembo among potential first time buyers and their families, as well as mortgage lenders and IFAs. The agency will also raise CEO and co-founder Richard Dana’s profile. Tembo recently announced a £2.5 million fundraise.

LONDON — Sunny Side Up has been appointed to run communications around the 2022 City Food Lecture, a key annual event for the UK food industry during which a leading figure lectures on an issue shaping the way food is produced, distributed, marketed, sold and consumed, with an expert panel debate. The agency will raise awareness before and after the 2022 lecture, which will be a hybrid event.

LONDON — Music recording and sharing app Trackd has appointed Context Public Relations to build awareness for its new fan subscription service, which will give new and established artists the ability to make a fair living from their music compared to low levels of royalties from streaming services. Trackd was set up by Russell Sheffield, whose father Norman set up the legendary Trident Studios in Soho in the 1960s, where the Beatles recorded 'Hey Jude'.

LONDON — Gong Communications has launched the first free eLearning tool for the B Corporation community in collaboration with B Lab and Danone – one of the largest multinational corporations to commit to B Corp certification. The programme helps companies to educate employees throughout their B Corp journey and embed its principles into company culture. Gong, which is itself a B Corp, also helped Danone create an internal communications toolkit.

LONDON — Strategic communications consultancy Aurora has hired Sebastian Stokes as a director to accelerate growth across the agency’s three practices, with a focus on diversification and digital. Stokes has run Shed Communications, which specialises in consumer health and patient engagement, for the past five years.