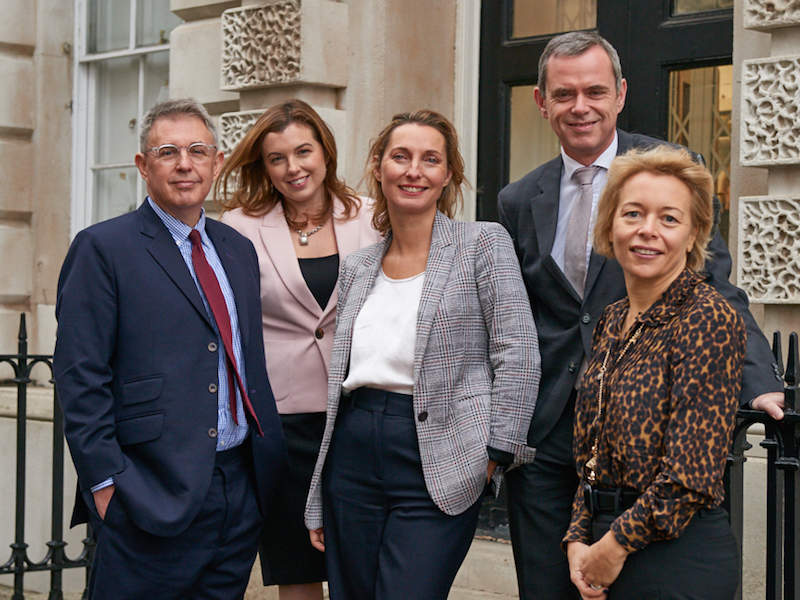 LONDON — Houston PR (pictured) has been acquired by a private investment group, with a plan to grow the consultancy and develop its consumer, corporate and capital markets expertise. The group is led by Zoe Howorth, former UK marketing director at The Coca-Cola Company, who joins the Houston PR board as non-executive chair. Alice Kain, former head of communications and investor relations at SVG Capital, has joined the board as non-exec director. Agency founder Hamish Thompson becomes senior partner and creative director, and City specialists Kate Hoare and Alexander Clelland join the board, with Hoare becoming managing partner.

LONDON — Havas sports and entertainment agency Cake has appointed Rosie Holden as managing director, after CEO Adrian Pettett and managing director Jim Dowling left the agency earlier this year. Holden, who has been the managing partner at Karmarama for the past six months, joins in January. She will lead the agency with executive creative director Shirin Majid and will report to Havas UK group chief executive Chris Hirst.

LONDON — Consumer technology specialist Ranieri has rebranded the European agencies it acquired in 2017: Reflexion Publique, in Paris, and Wildcard Communications GmbH, in Dusseldorf and Munich, are now fully branded as Ranieri. The move is part of a three-year growth plan to include further acquisitions, according to group MD Pietro Ranieri, who founded the agency group in 2002.

LONDON — W Enterprise, the start-up specialist division of consumer agency W, has won two new clients: Jungle Creations, which produces and distributes high-quality social media content for brands including Baileys, Virgin, Sky and Heinz, and Floom, the digital marketplace that connects independent florists with customers across the world. W Enterprise’s brief is to support Jungle Creations and Floom in the run-up to their Series A and seed investment raises respectively.

DUBLIN — Corporate and government affairs specialist Hanover Communications has bolstered its growing Dublin team with the arrival of Céline Heemskerk as account director and Conor Gouldsbury as policy advisor. Heemskerk joins from Indeed.com where she led campaigns across EMEA and has also worked for Burson-Marsteller in Ireland and Portugal. Gouldsbury was previously a special advisor to the Minister for European Affairs, EU Digital Single Market and Data Protection.

LONDON — Milk & Honey PR has strengthened its leadership team with the appointment of Jessica Ballinger as a client director. Ballinger joins from Brands2Life to head the agency’s growing technology offer, including recent win Location Sciences. She has also worked at Red Consultancy.

LONDON — The Public Relations and Communications Association (PRCA) has struck a bilateral deal with the Netherlands comms association Logeion. The agreement will include the exchange of knowledge via events and whitepapers; board co-operation; co-promotion of events and shared insights on topics such as ethical codes. Logeion is the second-oldest professional PR association worldwide, founded 70 years ago, and has 4,000 members.

BRUSSELS — APCO Worldwide has made two senior counsel hires to its team in Brussels. European Commission veteran Karl Falkenberg served as director general for environment, including leading climate change negotiations and domestic and international environmental policies. European affairs expert Yves Bertoncini has worked for the French prime minister and at the French Ministry of Foreign Affairs, and was the director of the Jacques Delors Institute in Paris.

LONDON – Leading global communications consultancy Ketchum and its sister agency partner AMVBBDO have won the Grand Prix in the Integrated and Glass categories at Cannes sister festival Eurobest for their work for Essity and Libresse Bodyform. The #bloodnormal campaign, which won at the Cannes Lions, also brought home a gold in the Integrated category, and a bronze in the PR category.

LONDON — According to new research commissioned by Instinctif Partners, 55% of British people are now more sceptical about what they read in all forms of media, and 60% independently fact check what they read, with the majority citing fake news as the reason. Nearly 70% think publishing fake news should be a punishable criminal offence. The study also found that despite high-profile controversies relating to fake news on social media, public levels of trust in social media as a news source has risen since 2017 while it has dipped for traditional media.

LONDON — The Grayling Online Reputation Report 2018 into the Google search results of the FTSE 100 has found that 80 of the UK’s top 100 companies have negative content on page one of Google. Negative content was mainly focused on poor financial performance and confidence, poor products and services, and unethical corporate behaviour. Grayling estimates that each FTSE 100 company is losing an average of 16% website visitors due to negative content online. The agency found that 39% of the negative content is more than six months old and nearly a quarter (22%) is over a year old.

CHELTENHAM, UK — The Transport Research Laboratory, a global centre for innovation in transport and mobility, has appointed Kredo Consulting as its PR agency. The brief is focused on sectors including connected and autonomous vehicles; ultra-low-emission technologies; smart cities and shared mobility, and safety.