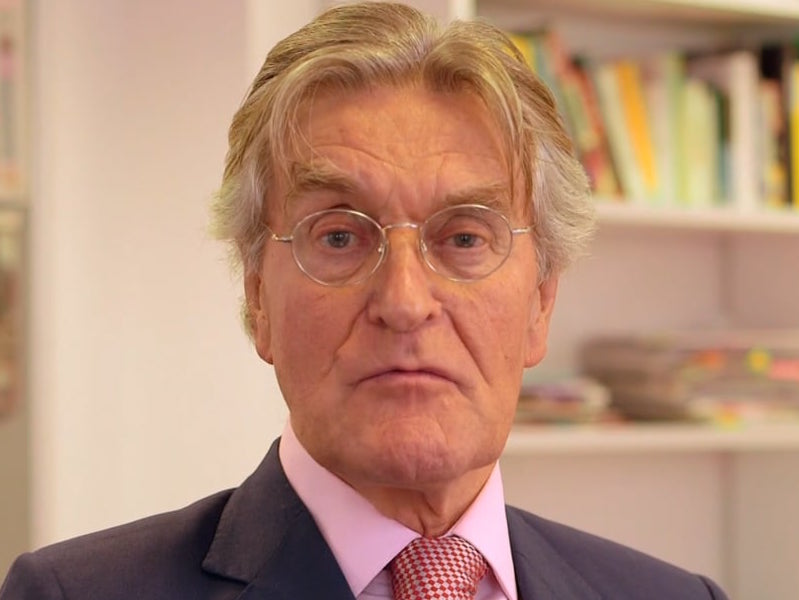 LONDON — Nexus PR founder and chairman Jonathan Choat (pictured) has died following an accident, aged 79. Choat had led the agency for over 40 years, working with food industry and healthcare clients such as Pfizer and Express Dairies, until he handed over to his grandson Harvey Choat last year. A statement from the agency said: “It is with deep sadness that we inform you that our founder and chairman, Jonathan Choat, passed away peacefully early on Sunday 24 November after a tragic accident. Jonathan was a driven, charismatic and passionate leader and a consummate PR professional who was instrumental in running some of the biggest food accounts in the UK from industries to brands.” Among Choat’s initiatives was the formation of the Fresh Fruit & Vegetable Information Bureau, which was one of the first organisations to run industry-wide campaigns such as Five-A-Day.

LONDON — Gordon Tempest-Hay is to step down from his post as CEO of Teneo UK next year. He has been with the strategic communications firm for 15 years, first as MD of Blue Rubicon, which was bought by Teneo in 2015, and then as UK CEO of the combined business. Teneo dropped the Blue Rubicon branding last year. Tempest-Hay will be transitioning over the first six months of 2020 to Teneo International chairman Charles Watson and London strategy and communications chair Fraser Hardie. Teneo’s vice chair of strategic communications Fiona Joyce has also decided to step down for personal reasons. She joined Blue Rubicon as a partner in 2005 after leading Porter Novelli in London as MD.

MADRID — Hill+Knowlton Strategies has become fintech Bitpanda’s external communications partner in Europe. The Vienna-based trading platform founded in 2014 allows users to invest in Bitcoin, gold and other digital assets from phone or desktop. The account will be led out of Spain and will focus on supporting product launches and raising awareness of the trading platform.

LONDON — Mischief has appointed Chloe August as associate director, responsible for leading accounts for brands including Vodafone, E.ON, Odeon and Honda. August joins from Red Consultancy, where she led campaigns for clients such as Huawei UK and McDonald’s. Before Red, she was at Iris.

LONDON — Ogilvy has appointed Daniel Fisher as its new global executive creative director across the Unilever portfolio, and Nadja Bellan-White as global MD for Unilever, focusing on Dove. Fisher has won multiple Grands Prix at Cannes Lions for his work on brands such as John Lewis, Shelter, Harvey Nichols and The Sunday Times through agencies including Leo Burnett, The&Partnership and adamandeveDDB. For the past year he has also been consulting direct to clients such as Google and The People’s Vote. Bellan-White became CEO of Ogilvy Africa, before coming to London in 2017 as EVP for global brands across EMEA, and the chief client officer for EMEA.

LONDON — Cryptocurrency trading platform CoinBurp – founded by Direct Line entrepreneur Peter Wood – has appointed Centropy PR following a three-way competitive pitch. The agency will provide media relations, creative campaign development and social media consultancy as part of a retained brief. The tech and fintech agency will also oversee the platform’s thought leadership programme, covering areas such as education around cryptocurrency, its role in emerging markets and its benefits as an alternate investment.

LONDON — Gregg’s has been named as Britain’s Most-Admired Company in the annual report by Echo Research. GSK chief executive Emma Walmsley was named as the country’s most-admired leader.

CHICHESTER, UK — B2B PR and marketing agency Napier has hired Silicon Valley veteran Clive Over as associate director. Over has developed brand, communications and lead generation campaigns across the data storage, enterprise software, data centre and semiconductor markets, including as corporate comms director for Seagate. Initially he will work from California and will relocate to the UK in early 2020.