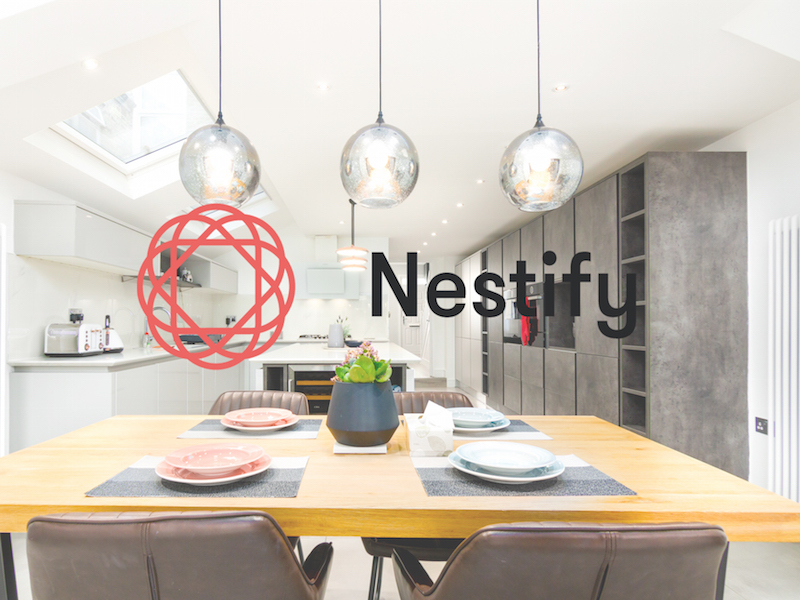 LONDON — MHP has hired Instinctif partner Nick Woods as head of financial services, replacing Mike Robb, who has led the practice the past two years and is starting his own corporate comms agency. Woods had been managing partner of Instinctif Partners’ financial services practice since 2014; he started his career at Hill & Knowlton and had also worked at Powerscourt.

LONDON — Airbnb management service Nestify (pictured) has appointed Frank to deliver a corporate PR and thought leadership programme after a competitive pitch. The business, founded in 2018, educates professional landlords and homeowners about the flexible short, mid and long-term options available to them when they look for tenants. Frank will deliver corporate PR services as well as positioning Nestify as a commentator on the UK housing market.

LONDON — Eulogy has been appointed by the business arm of Direct Line to drive awareness and adoption of its insurance cover to the UK SME market, after a competitive pitch. Eulogy’s brief includes implementing a media communications strategy to support through-the-line activity, driving brand awareness, credibility and consideration, to support policy sales.

LONDON — Virgin Pure, Virgin’s water purification company, has selected Don’t Cry Wolf to raise awareness of its purified water system with creative campaigns and press office activity, after a competitive pitch. Virgin Pure marketing director Simon Vingoe said: “Relationship and creative chops were two key factors in our decision making. Don’t Cry Wolf was just a natural fit. The team were creative in their response and took a new approach to the client and agency dynamic.” The agency team is led by MD Sara Collinge and CEO John Brown.

LONDON — H+K has appointed Geraint Evans as strategy director of public affairs in London, after serving as a special adviser to the last three prime ministers – David Cameron, Theresa May and Boris Johnson – on energy, transport and infrastructure projects. In his newly created role, Evans will support the London team and global network.

LONDON — Consumer tech, gaming and lifestyle specialist Ranieri Agency has promoted Ranj George to UK managing partner. George joins Ranieri from Lewis Communications, where he was UK head of consumer, working with clients including The Body Shop, Turkish Airlines and Le Meridien Hotels. He will work closely with the teams in France and Germany and the agency’s global network.

LONDON — Deconstructed.PR has been appointed by D2IQ, a provider of enterprise-grade cloud platforms, as regional lead agency for Europe and UK agency of record, after a competitive pitch. D2IQ, formerly known as Mesosphere, will work with the agency to highlight the benefits of its platforms, including thought leadership.

LONDON — Spreckley has won the media relations and thought leadership brief for FISCAL Technologies, a provider of forensic financial software that helps enterprise users protect supplier spend and defend against fraud. The agency will position the company as an expert in audit management and strategic finance assurance, via activities including thought leadership.

LONDON — The International Communications Consultancy Organisation (ICCO) has been appointed as an official partner of human rights organisation the Council of Europe to help shape European policy on digital information and disinformation. The induction, which took place at the Council of Europe headquarters in Strasbourg, will ensure the views of PR agencies are represented at the highest levels of European government.

MOSCOW — IMARS Communications is to provide communications support for Russian animation companies at the children’s entertainment industry summit Kidscreen in Miami this month.