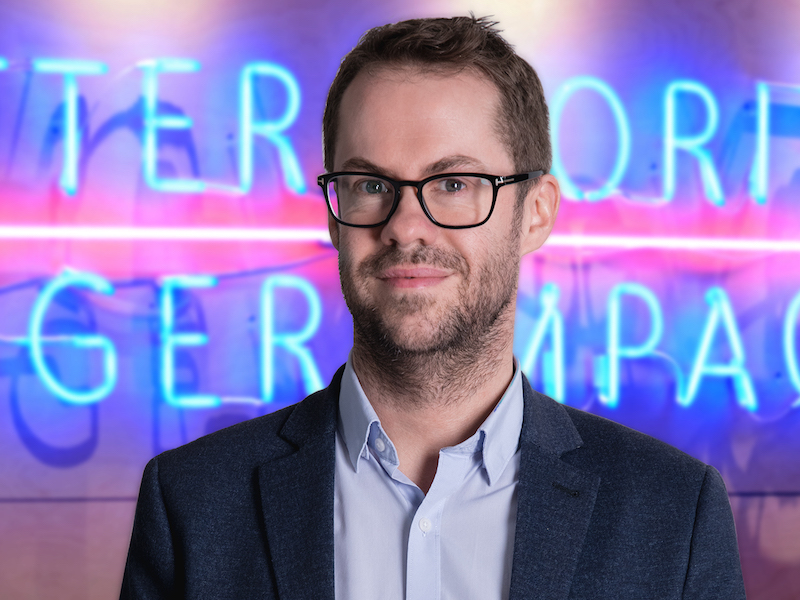 LONDON — Grayling UK has hired Nathan Kemp as head of creative and planning and Estelle Boon as a director in the consumer team. Kemp was head of Create at M&C Saatchi Public Relations. He joins from a stint as a board director at Troika Mission Group. Grayling UK’s former creative director Andrew Ferguson left last year. Boon joins from Freuds, where she was a senior lead on the Public Health England business. She was previously at Unity and Frank and will lead some of Grayling UK’s biggest consumer clients including Visa, Hilton Hotels and Greater Anglia trains, reporting into head of consumer Kat McGettigan.

LONDON — Brands2Life has made three senior promotions in its business and technology practice. André Labadie (pictured) is promoted from deputy managing director to managing director, while Fiona Goldsworthy and Katie Turner move up from practice director to deputy managing directors. Dan Chappell, who had led and built the practice since 2007, has been appointed to a new role as head of corporate development with a brief to support co-founders Giles Fraser and Sarah Scales with the agency’s global growth strategies and initiatives. Armand David, MD of Applied Innovation, has been given the additional responsibility of head of client experience.

JEDDAH — Middle East communications agency Memac Ogilvy has promoted Samer Abboud to regional managing director. Abboud has worked with Memac Ogilvy for eight years and will lead the agency’s offices in Jeddah, Riyadh, Beirut and Baghdad. Ogilvy appointed Philippe Berthelot as its managing director for the UAE in September 2018.

LONDON — Finsbury has hired Louisa Moreton as a partner to spearhead the growth of its global employee and change communications practice. Her career includes time in the UK government’s former communications arm, the Central Office of Information (COI), and as engagement director at Instinctif and managing director of MSL’s employee practice.

PARIS — Jin has won a number of new clients, including corporate content creation for Google and influencer marketing and social media management for Twinings. The agency – which was set up six years ago and now has 60 staff across offices in Paris, London, Hamburg and New York – has also introduced a financial communications offer for clients, in partnership with Anne-Sophie Gentil, founder of Kaïros Consulting.

LONDON — Pizza chain Papa John’s has named W as its UK consumer PR agency, with a brief including influencer engagement, strategic partnerships – including a new deal with Marmite –content creation and newsroom. Papa John’s has more than 400 stores in the UK and 5,000 locations in 44 countries around the world.

LONDON — Clarity has launched a new set of technology tools to automate aspects of PR work. The first, Clarity Amplify, automates the paid promotion and amplification of earned and owned content. To define and build these products, Clarity, which has offices in New York, Munich, Berlin and San Francisco, has brought in a team of serial Silicon Valley entrepreneurs: Sol Lipman, Jacob Knobel and Davy Reynolds. Clarity CEO and founder Sami McCabe said: “PR is due for its own disruption. We are changing that, and bringing the same entrepreneurial drive to our own business that we see in our clients throughout the technology industry.”

LONDON — Baby product company Munchkin, which makes the popular Miracle 360 Cup has appointed Red Consultancy as its retained UK PR and social agency. Red Consultancy will be raising Munchkin’s profile through strategic brand partnerships, an influencer engagement strategy, and traditional media relations and product placement. Red will also help build its social community and awareness of its innovative products. The account is being led by Emily Morgan, MD of the consumer division.

LONDON — Boutique consumer PR firm Munch has won the PR retainer for organic baby food brand Piccolo following a competitive pitch. The brand, backed by restauranteur, chef and presenter Prue Leith is listed in retailers including Tesco, Waitrose and Sainsbury’s. Munch has been tasked to expand brand awareness among new families and carers through press office and campaigns.

LONDON — Global satellite industry group The SAT>IP Alliance has appointed Platform Communications to help drive uptake of the SAT>IP television technology standard. Platform Communications – which works with clients in the media & entertainment, enterprise, telco, consumer tech and mobile sectors – will support the group with media and influencer relations, content creation and social engagement. The team will be led by Platform director David Lawrence.