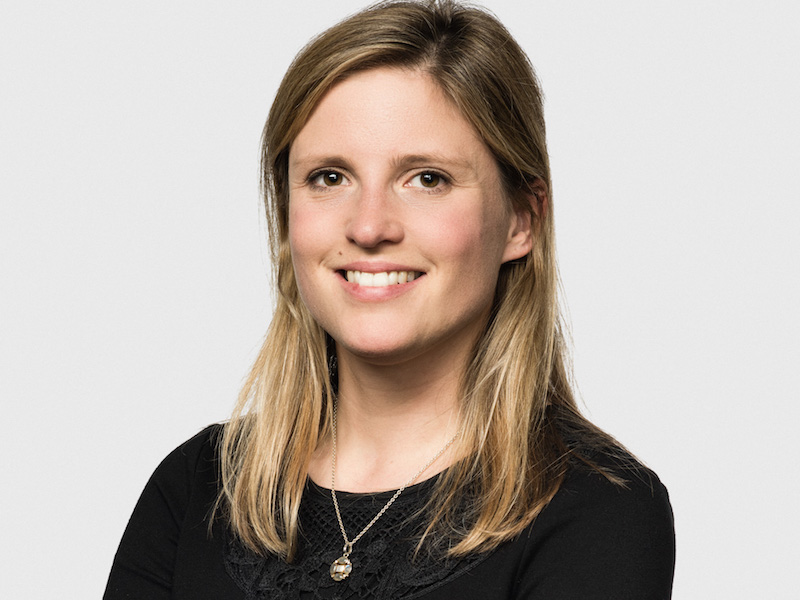 LONDON — Former Teneo MD Jenny Jamie has joined Google as director of UK communications and public affairs. She reports into EMEA comms and public affairs head Tim Chatwin. At Blue Rubicon (now Teneo), she set up the strategic consultancy function and worked with clients including Virgin Atlantic, Samsung and Tesco.

LONDON — Portland has strengthened its financial communications practice with the appointment of Worldpay director of corporate affairs Claire Hardy (pictured). The Omnicom consultancy launched its financial offer last year, headed by former Capital MSL CEO Steffan Williams. Hardy’s appointment takes the team of capital markets specialists to eight, working within the 80-strong integrated corporate group. Hardy had worked for Worldpay since 2015, initially as head of external communications before being promoted to lead corporate affairs and crisis response across the UK & Europe, global CSR and group financial communications. She previously worked with Williams at Finsbury.

BRUSSELS — Hill+Knowlton Strategies has appointed George Candon as strategy director. He joins after six years as MD and head of crisis management at FTI Consulting in Brussels. Lars Erik Grønntun, H+K global president said, “George’s depth and breadth of communications and political expertise makes him an excellent asset for our clients at H+K. Not only that, he speaks a modest seven languages, making him an incredibly useful resource to our teams around the globe.”

LONDON — Pizza delivery brand Domino's has appointed Brunswick as its corporate, financial and public affairs agency after a competitive pitch. The account, which includes a new focus on digital and social, was previously held by Maitland. The company is also reviewing its consumer PR brief, currently held by The Academy.

LONDON — Instinctif Partners’ corporate and capital markets practice has made two managing partner promotions in its UK business. Nick Woods, who leads the financial services team, has become the company’s youngest ever managing partner, while Melanie Toyne-Sewell has been promoted in the firm’s life sciences team, after a decade with the firm.

LONDON — Heritage children’s shoemaker Start-Rite Shoes has appointed Threepipe to support the company through the crucial “Back to School” period. The agency will support the launch of the Autumn/Winter 2019 school collection with media relations and influencer outreach. Threepipe co-founder Jim Hawker said: “It’s a real privilege to work with such an iconic brand. We will be ensuring that the brand taps into the heritage appeal that it offers, while also showcasing the contemporary designs and the love that goes into creating well-fitting shoes for small feet.”

LONDON — Richmond & Towers is now handling social media for Spanish beer brand Estrella Damm, expanding the PR brief that started in January 2018. The agency is tasked with creating a consistent communications strategy across trade, consumer and social media audiences to increase brand awareness and drive trial in the UK. The account will be led by associate director James Brown. The team will report jointly to Estrella Damm and Marston’s plc, who own the UK distribution rights.

PARIS — Charlotte Rose has joined Ogilvy Paris as head of new business. She joins from Publicis Consultants where she was new business consulting director working across the group’s creative, digital and media agencies to win clients including Coca-Cola, Amazon Alexa and Uber Eats. She has also worked at Burson-Marsteller’s offices in Paris and Madrid, Young & Rubicam in Madrid and Elan-Edelman in Paris.

LONDON — The Public Relations and Communications Association (PRCA) has appointed former CIPR president Sarah Hall as the first chair of its new Borderlands and North East Group, which oversees PRCA activity from the south of Scotland across to Newcastle. Hall, who is also founder and editor of the #FuturePRoof series of publications, said: “It’s hugely positive to see the PRCA continuing to develop on-the-ground support for its members.”

DUSSELDORF, GERMANY – WPP’s latest campus for its brands is being built in Düsseldorf, to be completed in 2021. The workspace will be home to more than 2,500 people and will encourage closer collaboration between agencies, including its PR brands based in the city, Ogilvy and H+K. WPP’s new Paris campus will also open in 2021, while its Amsterdam campus opened in April, and Madrid and Milan campuses are due later this year.