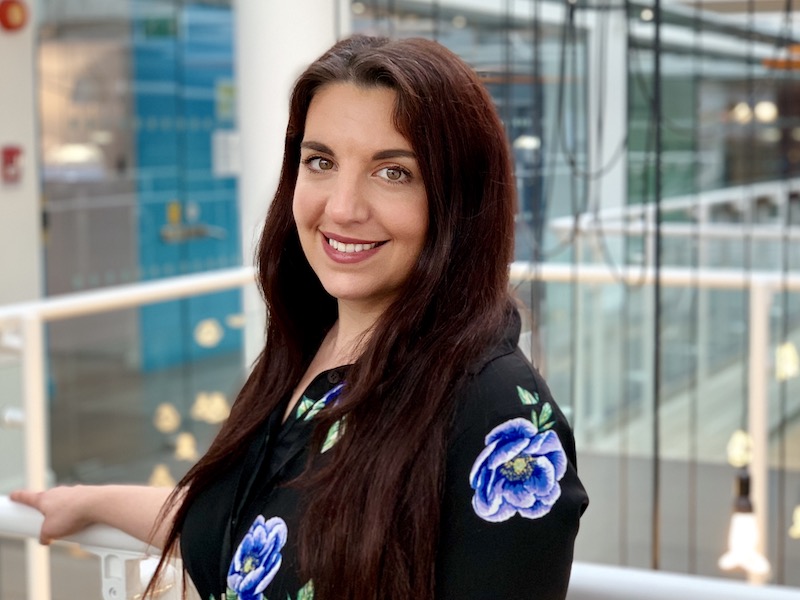 LONDON — Mischief has been appointed by LinkedIn to handle consumer PR in the UK. The agency’s first piece of work was helping LinkedIn publish a response to England football manager Gareth Southgate’s open letter to the nation in advance of the Euro 2020 tournament as an example of inspiring and inclusive leadership.

LONDON — Milk & Honey PR has promoted Francesca O’Connor (pictured) to partner on her return from maternity leave. O’Connor, who has been with the agency for two years, leads the consumer and creative offer, and joins global partners Kirsty Leighton, Fiona Gildea, Laura Reijnders-Dorr, Caroline Addy and Paul Cohen. The agency has also promoted Rachel Proctor to associate partner for digital, Lizzie Elkin to senior client executive and has taken on intern Daniel Attunes full-time, continuing its 100% conversion rate of interns into permanent employees.

LONDON — Boldspace has won a brief to provide strategy, creative, public relations, public affairs, production and design services for a new ‘Save our cash’ campaign for the Post Office that calls on the government and industry to protect access to cash for UK consumers and small businesses. The team is led by co-founder and MD Mike Robb, reporting to Post Office government affairs and policy director Patrick Bourke.

BRUSSELS — Tatu Liimatainen has joined strategic communications and public affairs consultancy Fourtold as director of EU public affairs within its EU advocacy communications business in Brussels. Liimatainen was a former cabinet member within the European Commission; an assistant within the European Parliament; and most recently, led climate-related issues in the Finnish Ministry of Agriculture and Forestry.

LONDON — Pagefield has made a number of senior hires, including former Future News editor and Newgate account director Ian Silvera, who has joined as a senior consultant; Eve Frayling, who has joined as a consultant from Rostrum PR; and Department for Transport senior press officer Simon Renwick, who joins as a consultant. Pagefield has also promoted nine members of its team, including elevating David Leslie and Josh Lambkin to partners.

LONDON — Richmond & Towers has been appointed by cranberry juice brand Ocean Spray to launch its new drink, Sparkling Pink. The brief includes a high-impact print and online media partnership with Time Out London, as well as a targeted consumer media relations programme.

LONDON — Hill+Knowlton Strategies has made a number of senior hires and promotions to expand its creative offer: Eleanor Sullivan, MD of creative strategy, is promoted to lead London’s Innovation + Creative Hub; Alex Silcox, MD of creative services, is promoted to chief client officer; Ross Hopcraft is promoted to MD of the Studio; and Bryn Tweedale joins in the newly-created role of head of digital planning and optimisation.

DUBLIN — Healthcare specialist Evoke Kyne has promoted Carolyn Coyle to executive vice president in recognition of her contribution to the agency, including partnerships with haematology, oncology and immunology clients, new business, and leading training programs for entry-level employees.

PARIS – Thibault Loué has become a business partner at Ogilvy Paris, taking over the commercial management of the Grey Paris agency. The two agencies announced their merger a year ago. Loué co-founded SoWeb Agency in 2011 and joined Fred & Farid Paris in 2014, managing accounts including Orangina and Schweppes. He was Intermarché’s account director at Omnicom agency Romance and helped to set up US firm Jour, which provides access to mental health support.

LONDON — Houston has hired Kay Larsen as a director. She joins from Instinctif Partners, where she was a partner in the capital markets practice. Before moving into PR, Larsen was a financial journalist at Nikkei in Tokyo and Dow Jones/Wall Street Journal in London.

LONDON — Independent brand online marketplace Hibana, launched during the first 2020 lockdown, has appointed Alfred for consumer and B2B communications. The agency will work with the firm’s founders across a communications remit that includes brand-building consumer and trade PR, influencer programmes and event support.

LONDON — Kaizen has been appointed by online cards and gifts company Moonpig to help drive SEO and online presence through digital PR and influencer marketing.