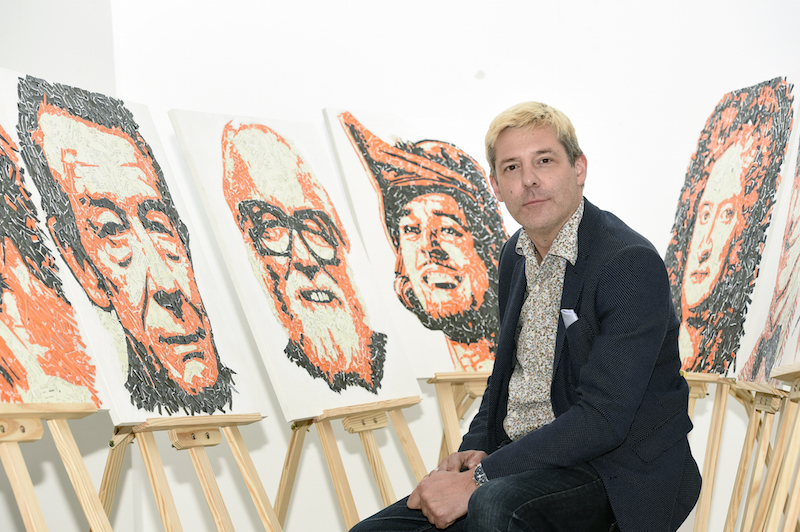 OSLO — BoldT has made three more key hires in Brussels and Oslo. Danone’s former EU vice president corporate public affairs Simone Ceruti will join as a partner in Brussels in September, while Burson-Marsteller’s MD of public affairs in Oslo Erik Strøm joins as a partner at BoldT in Oslo from December. Vibeke Mohn Herberg will join the Oslo team as a director in August, also joining from Burson-Marsteller in Oslo.

LONDON — AxiCom has won the account to deliver media and influencer campaigns for FTSE 250 IT infrastructure service provider Computacenter after a three-way competitive pitch. AxiCom will support Computacenter in positioning its Digital Trust, Digital Power and Digital Me propositions with prospects and customers in the private and public sectors. The programme includes content creation, messaging and media training.

LONDON — Spanish beer brand Estrella Damm has appointed Richmond & Towers as its UK PR agency following a competitive pitch. The agency will be tasked with positioning the Barcelona-brewed lager as a premium, authentic Mediterranean product among trade and consumer audiences. The account will be led by deputy MD Matt de Leon and senior account director James Brown, who will report jointly to Estrella Damm and Marston's, which owns UK distribution rights.

LONDON — Sustainability consultancy Robertsbridge has hired Sara Vaughan as chief purpose advisor. Vaughan was previously a vice president at Unilever, responsible for sustainable business and global communications, and has held senior posts at The Body Shop and De Beers’ ethical diamond brand Forevermark. Robertsbridge founder and chairman Brendan May, said: “Brand purpose is a non-negotiable element of any corporate sustainability vision. Sara’s experience and proven track record will be the perfect fit.”

MOSCOW — SPN Communications, one of the three largest communications agencies in Russia, has joined independent agency network PROI Worldwide, which now has more than 75 members from 50 countries. CEO Andrey Barannikov said: “As a partner of PROI we will be able to adopt modern international communication practices and share new creative ideas with our clients”.

OSLO — Severin Roald has been appointed to the newly-created post of senior vice president of communications and public affairs at Norwegian state-owned hydropower company Statkraft. He joins in January 2019 from Telenor Group , where he was SVP, head of group communications, and has also held senior positions at Telia Norway and Aker Solutions, as well as Burson-Marsteller in Norway and Qatar.

LONDON — Lewis has launched a new brand equity service, Lewis Brand Heartbeat, to give marketing, communications and digital teams the ability to assess the awareness, sentiment, overall impression, attributes and associations of their brand, and those of competitors. The agency has developed a proprietary methodology and built a platform that can conduct brand equity studies in over 125 countries and in 64 languages.

LONDON — East Midlands Trains has appointed Tin Man for a series of reputation-building, community engagement briefs. The agency has just completed the first project: promoting the benefits of using mobile train tickets to avoid the environmental impact of paper tickets, by working with mosaic artist Ed Chapman, pictured, to create 10 portraits of famous people from the East Midlands out of 3,000 paper tickets: the number sold by the operator every hour.

LONDON — Polycom has appointed Babel as its UK agency of record following a competitive pitch. Polycom's secure video, voice and content sharing solutions are used by more than 400,000 companies around the world. The campaign will bolster Polycom's presence in business, trade and vertical press and highlight the case for its collaboration technologies, as well as social media and event support.

LONDON — FieldHouse Associates has made two appointments to its senior team. Anna Jones joins as associate director, after nine years at Brunswick Group and a stint on the senior management team of start-up Social360. Tom Knock joins as account director from Brands2Life. The company has also bolstered its junior team with three hires from Seven Hills: Lily Wiggins, Keturah Prendergast and Seun Alibi.

BARCELONA — Cision and its companies took home 12 trophies at the AMEC measurement and evaluation awards, winning for work with Slimming World, Kellogg’s, Gumtree, Mischief PR, McDonald’s and Airbus. The Grand Prix for the most effective media intelligence, research & insights company campaign went to Isentia and the Grand Prix for most effective PR consultancy/in-house communications team campaign went to UNICEF.