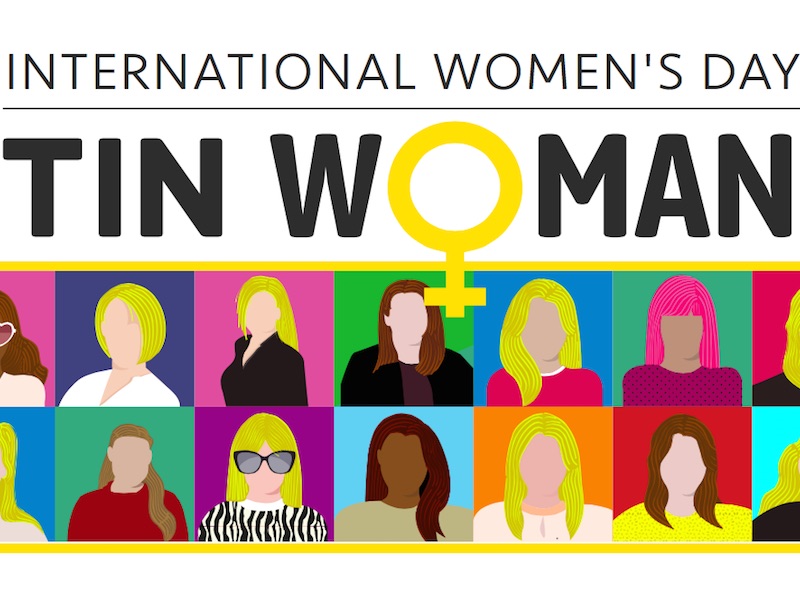 LONDON — Strategic communications consultancy MHP Communications has appointed Peter Hewer as a managing director in its capital markets practice. Hewer joins from Tulchan, where he had been a partner for 15 years advising clients across the property, utilities, leisure and private equity sectors.

LONDON — Technology agency Withpr has established an all-women senior leadership team and dropped PR from its name, rebranding as With. Founder Debbie Zaman, who set up the agency in 2010, becomes CEO, long-standing employee Elizabeth Jones becomes MD and Joanna Derain has moved into the role of VP International to drive global business in Europe and beyond.

LONDON — Creative communications agency Tin Man celebrated International Women’s Day on March 8 by rebranding as Tin Woman for the day (pictured). The agency, founded by Mandy Sharp in 2013, changed its logo, website, Instagram, Facebook and Twitter feeds and highlighted five of its favourite campaigns from the past couple of years that focus on women’s empowerment, including from Google, Smirnoff and HSBC.

BUCHAREST — PR agency The House, founded four years ago by Valeria Tudor, has become the first Romanian communications agency to launch its own global network of international consultants, The House Extension. The network extends the agency’s reach into East Africa, Near East, East Asia and Western Europe and adds expertise in humanitarian and institutional communication, public affairs and digital media to its integrated offer.

LONDON — Entertainment and technology specialist Platform Communications has appointed Max Deeley as associate director. Deeley joins from Hotwire Global, where he was a senior programme director. He has also worked at Babel PR, Whiteoakes, IT PR and Octopus Communications. Deeley will join founders Gay Bell and David Bramley, along with David Lawrence – who joined the agency in 2017 – to expand Platform’s senior leadership team.

LONDON — PR and social media agency Brazil, which also has offices in New York, Boston, San Francisco and São Paulo, has added rugby charity Wooden Spoon, which supports children and young people with disabilities or facing disadvantage, to its portfolio of retained sports clients. Brazil will promote fundraising projects including #MyEverest, which aims to raise £200,000 by encouraging people to share their stories of overcoming adversity. The campaign will be launched with a world record attempt to play the world’s highest-altitude game of rugby.