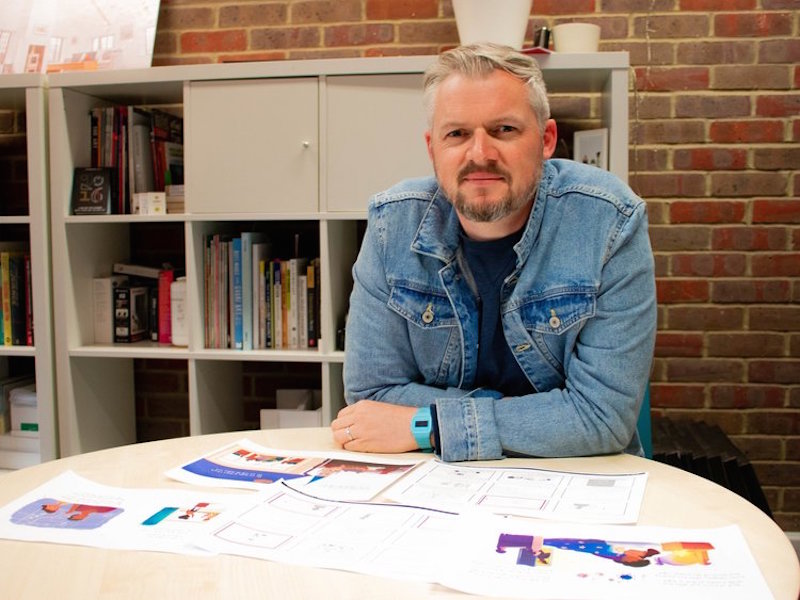 LONDON — Tin Man has been appointed by global job site Indeed after a competitive pitch. Their first campaign together, ‘Tick Tock Till Bedtime’ has just launched, to help working parents navigate the challenges of inflexible hours and make it home for bedtime. Including a story written and animated by award-winning children’s author Giles Paley-Phillips (pictured), it’s the first of a number of activations over the next six months.

LONDON — Sentebale, the charity founded by the Duke of Sussex to support children and young people affected by HIV and AIDS in Lesotho, Botswana and Malawi, has appointed Newsfeed PR to provide PR and event media relations services, including around the Sentebale Concert at Hampton Court Palace, to be headlined by Rita Ora. Last year, the agency was appointed by another of Prince Harry’s charities, The Invictus Games Foundation, to provide support at the Duke and Duchess of Sussex’s wedding and at the Invictus Games in Sydney.

LONDON — Healthcare communications agency Publicis Resolute has promoted Victoria Stanley to director, responsible for the day-to-day management of the agency’s medical education business. Stanley has been with the agency for 11 years, and has medical education, corporate reputation, public relations and internal communications experience and is a founding member of Publicis Health UK’s Client Services Leaders Forum.

LONDON — Equestrian sports organisation Event Rider Masters, which organises a condensed version of the Olympic-class three-day event featuring dressage, show jumping and cross country, has appointed Battenhall as its social media agency of record for the 2019 season. Event Rider Masters will be live streaming all 2019 events on its website, with video highlights and real-time updates on social media. Battenhall will lead social media strategy, advertising and content across Facebook, Instagram, Twitter, and YouTube channels.

LONDON — Montfort Communications has been appointed as strategic communications adviser by pressurised LPG shipping company Epic Gas, whose 40 vessels are a crucial link in the international gas supply chains of leading oil majors and commodity trading houses throughout Southeast Asia, Europe, West Africa and the Americas. The Montfort team, led by Nick Bastin and including Rob Bailhache, will work to enhance the public profile of Epic Gas and support its investor relations programmes.

GENEVA — Swiss smart energy start-up Koleda has hired UK agency Context Public Relations for a media relations campaign around its new smart heater, the SOLUS+. After development and testing, the company is using crowdfunding to grow its European manufacturing process and move to global markets. Context will bolster Koleda’s crowdfunding efforts as well as running a review programme.

LONDON — Conservatives in Communications (CiC), the network that brings together senior Tory PR specialists, has relaunched under the chairmanship of Katie Perrior, who worked as director of communications to Prime Minister Theresa May before returning to iNHouse Communications. Lord Black, Kevin Bell and Lionel Zetter, all of whom have been involved in CiC since it was established in 2011, are patrons.