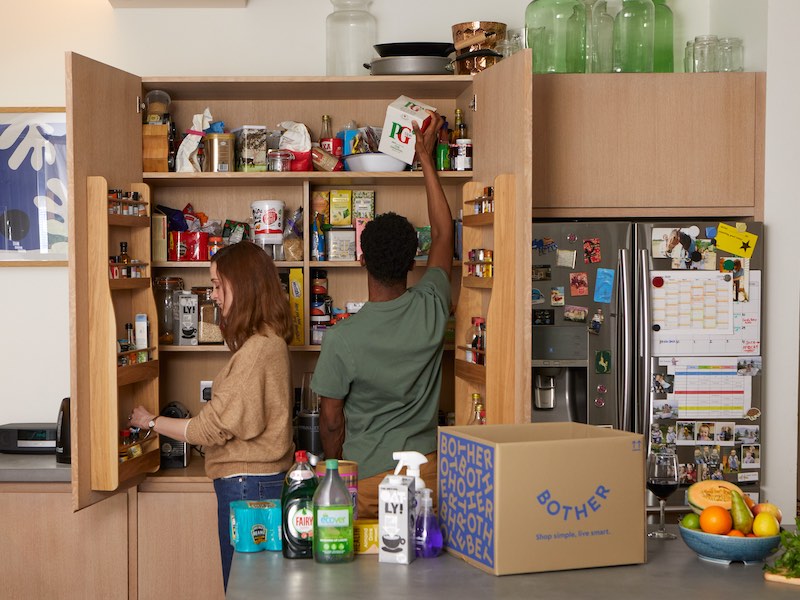 LONDON — ThreeSixty has appointed Alex Rowe to lead its brand reputation offer. She joins from BCW, where she was an associate director working with clients such as Lloyds Banking Group, Barclays and Heineken. Rowe, who replaces Hannah Walsh who has moved to MHP, will work with CEO Oli Wheeler and MD Rob Lester to grow the agency’s brand reputation team, which works with companies including Adidas, Compare the Market, Patron, Levi’s, De Beers, Bacardi, Barbour, MUJI, Eataly and Gohenry.

LONDON — Ready10 has been appointed by First Give, a charitable action initiative where students compete to win a grant for a local charity, to drive awareness of the programme as it rolls out across over 200 secondary schools nationwide. Having worked with the organisation on a project at the end of last year which saw ambassador Dan Smith from pop group Bastille raise awareness of the initiative, Ready10 has now been brought on board on a retained basis.

LONDON — Grocery delivery start-up Bother (pictured) has appointed Shook, the agency founded by Gemma Moroney and Damon Statt, on a project basis covering PR and influencer work. Bother, with a founding team and advisory panel who have worked at Deliveroo, Just Eat, Ocado, Farmdrop and Amazon Fresh, delivers ‘boring basics’ from oat milk and olive oil to laundry liquid and loo roll, with no-subscription, free next day delivery and no need for a delivery slot. It also offers eco-brands, large format refills delivered to your door and a greener supply chain and recently raised £4.4m in pre-Series A funding.

LONDON — Mixology, which works across the smart technology, sustainability, and lifestyle sectors has added three new accounts to its client portfolio: Inventive Health, a specialist in portable pathogen diagnostics powered by AI and machine learning; MultiPay Global Solutions, a payments technology company that enables large merchants across the world to accept any payment, anywhere; and Henosis Masks, the first eco-friendly three-ply single-use facemask, which is produced in the UK.

LONDON — Siân Hurst has been promoted to managing director of independent UK healthcare agency, Clark Health Communications. Hurst joined the agency in June 2020 and has already doubled the agency’s pitch win rate and helped to diversify the client base, while mentoring the growing team. Jeremy Clark, founder and owner of the agency, will now become chairman and Candice Debleu has been promoted to director.

LONDON — Freuds has been honoured with a 2021 Queen’s Award for Enterprise for Sustainable Development. The agency, which became the largest B-Corp in the PR industry last year, is one of 17 enterprises to receive royal recognition in this category in the 2021 business awards, and can use the Queen’s Award emblem for the next five years.

LONDON — Brand marketing agency The Fitting Room, which has clients in music, fashion, retail, food and hospitality, has been appointed by premium pushchair brand Bugaboo after a five-way pitch to lead on the creative thinking, execution and activation for new campaign and work on repositioning the award-winning pushchair brand within the UK, Nordics and Australia. The agency’s remit includes storytelling, creative content, social strategy, influencer seeding, talent partnerships and PR.

LONDON — Subculture, a subsidiary of luxury global marketing agency Issa PR, has been appointed as agency of record for DecideAndAct, a new responsible, high-quality Swiss watch company founded by Alexander Bennouna, former CEO for Victorinox Swiss Army Watch and VP sales at Swatch Group, and Martin Riemer, who worked in trade and distribution for brands including Cartier, Rolex, and Omega. Subculture will be handling the global launch initially in the UK and US, strategy, media relations, influencer marketing strategy and guerrilla marketing in both markets.

LONDON — Happy Yolk, the agency backed by Blurred and Tin Man, has opened a social and influencer department. Launch clients include two retained social and influence wins alongside integrated Happy Yolk projects, including two from Kaspersky and a global online retailer. Projects will be led by co-founder Alissa Khan-Whelan, as well as a growing team of specialised creatives and community managers. Retained clients include Pooky, a lighting company established by Sofa.com founder Rohan Blacker, and Days, an alcohol-free beer company.

LONDON — Common Industry has been brought in by automated talent agent start-up Genie to support UK growth and manage its press office. Genie specialises in software connecting agencies with freelance creatives. It recently closed a £1.75 million funding round and announced Sir John Hegarty as chairman. Common Industry will provide strategic communications for the London-based company, reporting to co-founders Nicky Badenoch and Nick Grime.

LONDON — Built environment specialist agency Higginson Strategy has won the communications brief for London-based interior design and architecture practice MoreySmith in a competitive pitch. The agency will also work with MoreySmith to deliver a legacy campaign to tackle the lack of gender diversity and recognition of interior design in the wider architecture and design industries.