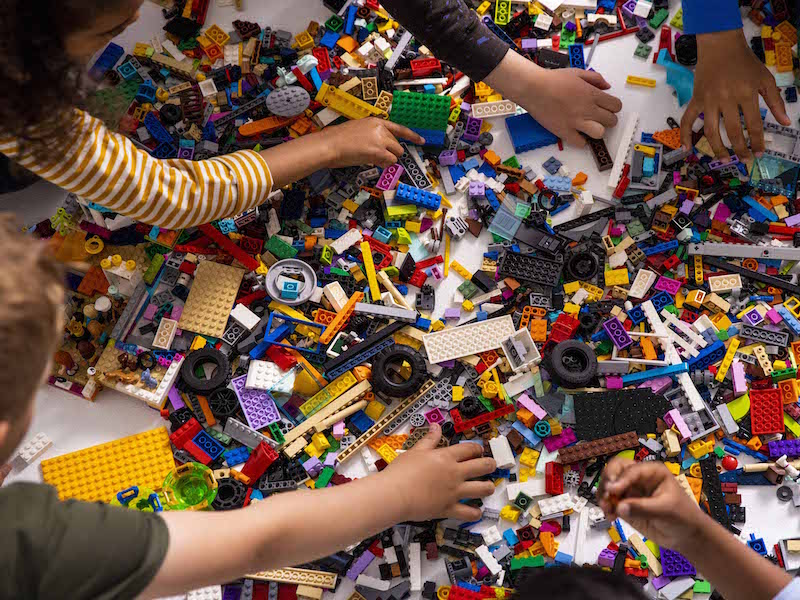 LONDON — Grayling has strengthened its corporate affairs offer by hiring Jennifer Powell, former special adviser to the Chancellor of the Exchequer. Powell joins from the Treasury, where she advised on policy covering energy, the environment and agriculture, transport, devolution, housing, VAT and excise. She was also head of operations and strategic adviser to Sajid Javid in his previous role of home secretary, and has also worked at Headland. In her new role, Jennifer will report to head of public affairs Alan Boyd-Hall, and will work closely with recently-appointed head of corporate affairs, Peter Murray.

JOHANNESBURG — Tribeca Public Relations has been appointed by Lego South Africa to manage and execute its PR strategy in South Africa, after a competitive pitch. The agency has worked with the company before, having opened the first official Lego stores in Sandton, Pretoria, Cape Town and Durban. The agency will also support the local office in launching limited edition and exclusive collectible sets.

LONDON — The Fundraising Regulator, which regulates charitable fundraising in England, Wales and Northern Ireland, has re-appointed Pagefield to support PR and public affairs activity for the next three years after a competitive pitch, including around its guidance on fundraising to help charities continue to generate income during the Covid-19 crisis. The agency has worked with the regulator since it was set up in 2016.

LONDON — The Public Relations and Communications Association (PRCA) has carried out research into how agencies are responding to the Covid-19 crisis in financial and HR terms. The research found that Half of agencies have implemented pay cuts, another 10% expect to do so, and 60% of respondents have furloughed staff, with 50% saying they expect to make redundancies. Where staff pay cuts have been implemented, almost two-thirds have been in the 10-25% bracket. In addition, 15% of respondents have applied for business interruption loans, and a further 10% will be doing so.

LONDON — Stand Agency has been appointed by global education provider The Montessori Group to as its UK PR and social media agency, after a competitive pitch. The agency’s brief is to deliver an integrated communications programme to raise awareness of Montessori as a mainstream form of education and campaign on issues affecting children’s education. Work has already started, with the group contributing to the education sector’s response to the coronavirus pandemic, including lobbying the government to support the Early Years sector amid nursery closures, and sharing guidance and tools for parents suddenly faced with home learning.

LONDON — A new organisation to help companies, cities and governments around the world accelerate their sustainability transformation has appointed Firefly Communications Group to handle communications and brand awareness in the UK, Germany and Belgium. Engie Impact works with organisational leaders to develop strategies and specific roadmaps to achieve sustainability and zero-carbon objectives, across energy, water and waste.

HAMPSHIRE, UK — Jargon PR has been appointed by Shapes AI, a provider of deep visual reasoning technology to build understanding of the company’s technology, which helps machines better understand human behaviour in videos, with a content-led campaign. The company has recently launched a version of the tool for Covid-19 to support automatic monitoring of social distancing, by analysing crowd and human traffic behaviour via CCTV, drones and other video monitoring devices.

OXFORD, UK — Italian scooter and motorbike manufacturer Piaggio Group has appointed Bottle as its retained social media agency. The team’s objective is to grow social communities and engagement across Facebook, Instagram and Twitter channels in the UK for key brands Aprilia, Moto Guzzi, Piaggio and Vespa.

LONDON — British performance eyewear brand SunGod has appointed Fusion Media as its UK PR agency to support the launch of a new range of sunglasses to the UK market. Co-founded by husband and wife team Ali and Zoe Watkiss seven years ago, the British brand now has offices in London and Verbier in Switzerland.

LONDON — Red Havas has launched the ‘Red Rapid Recovery Program’ to support clients move past Covid-19. The process uses global and local data and insights to design programs that aim to support a quicker return to business growth, including stakeholder insights, best practice from other markets and industries and new challenges in communicating with audiences.

MOSCOW — The Russian branch of Global Women in PR has launched a program to support women in the communications industry who are experiencing difficulties during the Covid-19 crisis, #GWPRHelp. The professional development initiative includes mentoring, career coaching, pro bono training and highlighting relevant job vacancies.

DUBAI —Hill+Knowlton Strategies has extended its behavioural science unit to its Middle East, Turkey, India and Africa (METIA) operations. Smarter+ unit, which uses creativity, underpinned by scientific research, helps organisations to learn more about their target audiences, looking at how people digest information and act on what they see, hear and read.